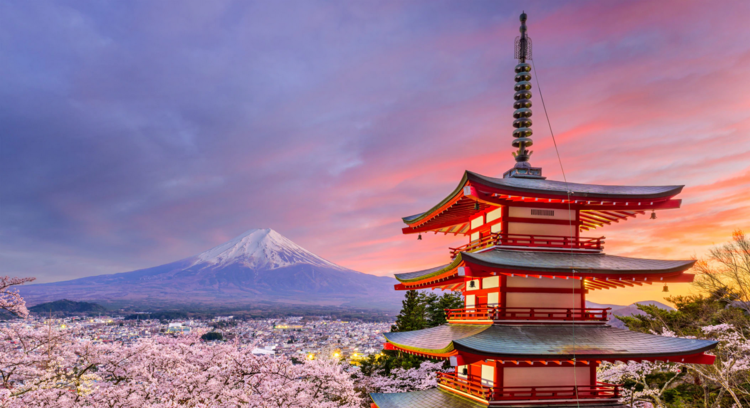 Federale In Japan: It Works—And It Could Work In The U.S. Too

I have seen the future, and it works! But unlike Lincoln Steffens, I’m not writing about the Soviet Union. I’m writing about Japan, which shows that low immigration and an ethnostate can work effectively in today’s world. Two weeks in Japan resembled nothing so much as a visit to the lost paradise of California 30 years ago.

In a real country like Japan, border security is still intact. I had the pleasure of being profiled—by both the Japanese Immigration Service and the Japanese Customs Service. Japan still maintains two services visitors from abroad must pass through. Their operations were conducted simply and efficiently.

More importantly, the Japanese did not waste time harassing legitimate travelers. With their ability to utilize human capital, their officers used profiling to make quick decisions on admissibility and further inspections. I was not asked any questions by the Immigration Inspector and only two questions by the Customs Inspector. A white American coming directly from a Western country presents little threat in the way of customs or immigration law violations.

Sometimes the Japanese do indeed profile a Westerner—but only when he’s arriving from a Third World country. [Top court voids acquittal of British drug smuggler, Japan Times, Oct 23, 2013] Not surprisingly, their suspicion in that case was validated.

This mixture of efficiency and security extended to the departure process. Unlike the United States, the only major country in the world where there is no customs and immigration inspection on exit, Japan inspectspeople leaving the country. In immigration law enforcement, departure control is an important aspect of national sovereignty and border control. America does not do this, so we do not control our borders because we do not know who remains in the United States after they are admitted. (What’s worse, even some immigration patriot groups such as the Center For Immigration Studies oppose or don't understand the importance of actual physical inspection of departing persons).

The result of a real border security policy: the Japanese get to have a real country. Japan is mostly staffed by the Japanese, at all levels of employment. I saw few foreign workers in the hotel and other service industries. At one high-end hotel in Tokyo, I saw some foreign staff: a British executive chef; a French waiter; one Filipino maid. At a mid-range hotel in Kyoto, the only foreign staff was the primary concierge, who was Australian but a long-time resident, married to a Japanese woman.

What a dramatic departure from the U.S. with its monolithic domination by Hispanic maids and kitchen staff!

At all levels, with one exception, I observed no aliens, whether it was at a Starbucks, an izakaya, or a Michelin starred restaurant. Just once, there was a Filipino hostess at Restaurant Omae XEX.

This is most obvious is this among the thousands of Izakayas—specialty restaurants serving one type of food. The izakayas serve an important purpose, not just as restaurants, but by providing employment for those in Japan who do not make the cut for universities or major companies.

Izakayas are much more informal than many Japanese restaurants, and much cheaper as well. They are an entrepreneurial outlet for those young people in Japan who are more individualistic. Customers are greeted loudly and informally, as opposed to the quiet greeting and the formal bow at higher-end establishments. Bleached and long hair on the young men and open laughter and boisterousness from the young women serve as a stark contrast to the staidness of the higher-end restaurants, and in corporate life in general. Izakayas don’t just serve as employment for rebellious young Japanese, but social centers.

The hiring policies of hotels and restaurants reflect the Japanese government’s nationalist focus. Japan pursues a strategy aimed at both full employment and an ethnostate—a country where there is a social compact between the governed and the governing.

Both the Japanese people and the Japanese elite agree that Japan should remain Japanese. And the Japanese unemployment rate, 4.1% is the lowest in the industrialized world, even reaching 3.5% in 2007. Compare that to the States’ current rate of 7.2%, after a peak of 10%, under Barack Hussein Obama. Japan and the Japanese first, last and always, is Japan's employment and cultural policy.

The American economy is increasingly infested by low-paid aliens. In contrast, Japan’s economy is structured for ordinary Japanese workers to prosper.

Japan is, besides the land of the rising sun, the land of the mini-markets. But, unlike the United States, convenience stores are not dominated by immigrants, nor are those stores marketed to the poor, located in dangerous ghettos, or restricted to the interstates. Convenience stores are located throughout Japan, including up-scale neighborhoods. These stores are staffed and owned by native Japanese. No surly service, no communications problems, at least for the Japanese, and especially no worries about being gunned down by black or Hispanic gangsters.

I had the opportunity for several days to stay in working class home in northern Japan and make the acquaintance of a number of Japanese working outside the zaibutsu-dominated Japanese economy known to most outsiders. To the Japanese working class, employment in a convenience store is respectable employment, not dangerous or a product of government subsidies for immigrants.

The other service industry aspect of Japan First: the ubiquitous Japanese security guard. In some ways, Japan really is a night watchman state. From upscale malls, like Tokyo Midtown, to every construction site, there is a middle-aged Japanese man, in uniform standing or walking about. All work for the private sector. They don't seem to do much, as there is little crime in Japan. They are more concerned about directing traffic around tourist spots, construction sites, and the entrances to parking garages. But unlike California, and increasingly the rest of the United States, they are Japanese—not Filipino, Russian, or African immigrants, legal or illegal.

This has several advantages. These security guards can communicate effectively with the population they interact with. And they are a way to effectively employ people who may not measure up to work in a corporation.

The Japanese, like any other group, possess an employability curve, much like the Bell Curve. As a nation, Japan is competing with Red China in manufacturing. However, Japan has decided to do something with those who lose out in the race to the bottom in manufacturing. The Japanese worker may be interchangeable, but he is not disposable. Most importantly, he is not simply replaced by immigrants.

Japan’s counter-example has not gone unnoticed by the Neocon/ Cultural Marxist elite in the West. They don't like the idea of Japan for the Japanese. Bloomberg and Walter Russell Mead are running a campaign against Japanese employment practices and nationalism. (See Abe’s Arrows of Growth Dulled by Japan’s Three Principles By Andy Sharp & Mariko Yasu, Bloomberg, June 20, 2013 and Hatred of Korea Rising in Japan, Especially Among Youth, Walter Russell Mead, October 15, 2013)

On the surface, Japan is a threat to no one—certainly not America. However, by seeking to care for her own people, rather than the Slave Power, Japan is dangerous.

Neoconservatives and cultural Marxists are not content with destroying America. They want to destroy Japan—to ensure that we can’t imagine another world is possible.