See also by John Derbyshire: Globalists Vs. Nationalists In Europe—And In The U.S.

Robert Bartley, the late editorial page editor of The Wall Street Journal, was a free trade zealot who for decades championed a five-word amendment to the Constitution: "There shall be open borders."

Bartley accepted what the erasure of America's borders and an endless influx or foreign peoples and goods would mean for his country.

Said Bartley, "I think the nation-state is finished."

His vision and ideology had a long pedigree.

This free trade, open borders cult first flowered in 18th-century Britain. The St. Paul of this post-Christian faith was Richard Cobden, who mesmerized elites with the grandeur of his vision and the power of his rhetoric.

In Free Trade Hall in Manchester, Jan. 15, 1846, the crowd was so immense the seats had to be removed. There, Cobden thundered:

"I look farther; I see in the Free Trade principle that which shall act on the moral world as the principle of gravitation in the universe—drawing men together, thrusting aside the antagonisms of race, and creed, and language, and uniting us in the bonds of eternal peace."

Britain converted to this utopian faith and threw open her markets to the world. Across the Atlantic, however, another system, that would be known as the "American System," had been embraced.

The second bill signed by President Washington was the Tariff Act of 1789. Said the Founding Father of his country in his first address to Congress: "A free people ... should promote such manufactories, as tend to render them independent of others, for essential, particularly for military supplies.”

In his 1791 "Report on Manufactures," Alexander Hamilton wrote, "Every nation ought to endeavor to possess within itself all the essentials of national supply. These comprise the means of subsistence, habitat, clothing and defence."

This was wisdom born of experience.

At Yorktown, Americans had to rely on French muskets and ships to win their independence. They were determined to erect a system that would end our reliance on Europe for the necessities of our national life, and establish new bonds of mutual dependency—among Americans.

Britain's folly became manifest in World War I, as a self-reliant America stayed out, while selling to an import-dependent England the food, supplies and arms she needed to survive but could not produce.

By the end of the Cold War, however, a reaction had set in, and a great awakening begun. U.S. trade deficits in goods were surging into the hundreds of billions, and more than a million legal and illegal immigrants were flooding in yearly, visibly altering the character of the country.

Americans were coming to realize that free trade was gutting the nation's manufacturing base and open borders meant losing the country in which they grew up. And on this earth there is no greater loss.

The new resistance of Western man to the globalist agenda is now everywhere manifest.

We see it in Trump's hostility to NAFTA, his tariffs, his border wall.

We see it in England's declaration of independence from the EU in Brexit. We see it in the political triumphs of Polish, Hungarian and Czech nationalists, in anti-EU parties rising across Europe, in the secessionist movements in Scotland and Catalonia and Ukraine, and in the admiration for Russian nationalist Vladimir Putin.

Europeans have begun to see themselves as indigenous peoples whose Old Continent is mortally imperiled by the hundreds of millions of invaders wading across the Med and desperate come and occupy their homelands.

Who owns the future? Who will decide the fate of the West?

The problem of the internationalists is that the vision they have on offer—a world of free trade, open borders and global government—are constructs of the mind that do not engage the heart.

Men will fight for family, faith and country. But how many will lay down their lives for pluralism and diversity?

Who will fight and die for the Eurozone and EU? 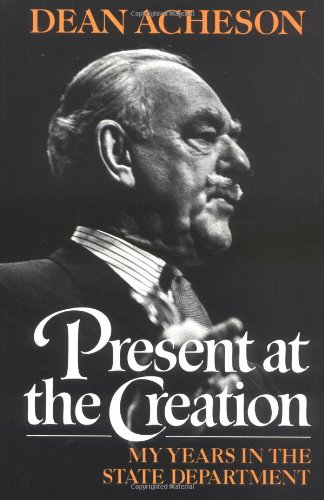 On Aug. 4, 1914, the anti-militarist German Social Democrats, the oldest and greatest socialist party in Europe, voted the credits needed for the Kaiser to wage war on France and Russia. With the German army on the march, the German socialists were Germans first.

In Present at the Creation,  Dean Acheson wrote of the postwar world and institutions born in the years he served FDR and Truman in the Department of State: The U.N., IMF, World Bank, Marshall Plan, and with the split between East and West, NATO.

We are present now at the end of all that.

And our transnational elites have a seemingly insoluble problem.

To rising millions in the West, the open borders and free trade globalism they cherish and champion is not a glorious future, but an existential threat to the sovereignty, independence and identity of the countries they love. And they will not go gentle into that good night.