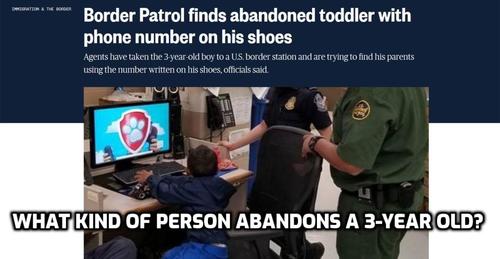 My wife and I have two sons, now  in their mid to late teens.

So either way, we were traveling back and forth between the two countries since the boys were babies.

I had a little speech I would deliver to the boys when our car crossed the bridge and approached the checkpoint.  I told the boys to be serious, don’t try to be funny with the border officials, and just answer the questions.

When we would arrive at the checkpoint, I would show the official our credentials.  After seeing those, the border agent would open the door that opened to the seat behind us, where the boys were sitting, and the agent would ask them if we were their parents.

Why? Because, the border is a dangerous place for children.  They can be kidnapped, and taken across the border by kidnappers.  Children brought by illegal aliens encounter various dangers.  And children are used as props by adults to get across the border and avoid deportation.

Now it appears to be worse than ever.  Some childen are also rented  to “migrants”—the Main Stream Media’s new lying term for “illegal aliens”—who can use them an excuse to stay here.

The bottom line is that Democrat and Mainstream Media  caterwauling about “caging children,“ combined with the massive influx of illegal aliens  as a result of the Kritarch-imposed policy of Catch and Release (nearly 110,000 in April), has in fact resulted in a massive INCREASE in child abuse.

As Brian Hastings, operations chief for Customs and Border Protection, has said: “The word of mouth and social media quickly gets back to those in the Northern Triangle countries, that if you bring a child you’ll be successful”. [Press Briefing—CBP Releases Fiscal Year 2019 Migration Stats, March 5, 2019] 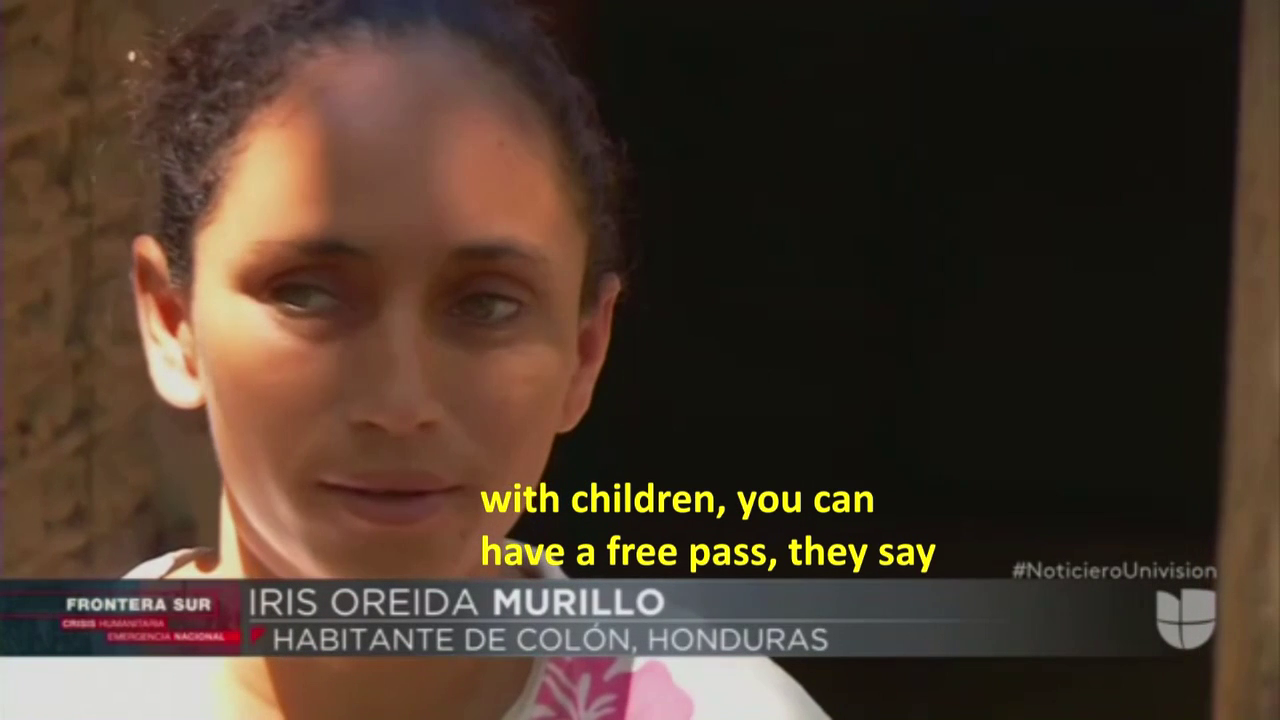 Even Univision says every “migrant” should bring at least one. A segment helpfully curated by the conservative Media Research Center ends by declaring that “the American Dream is now possible through children.” [Taking ‘Deep Dive’ Into Border Crisis, Univision Reveals Kids Are a 'Kind of Visa' Into USA, by MRC Latino Staff, April 5, 2019]

Our foolish policies inspire Central American illegals to do really stupid and dangerous things.  And it’s the children who suffer.

What kind of person abandons a 3-year old?

But at least that child survived. Everybody on a smuggler’s raft that capsized in the Rio Grande didn’t:

The waters … were moving swiftly due to recent rains. When the woman appeared to be reluctant to get in the water, a man shoved her and the child into the river. … The current quickly swept the two downstream. … Agents quickly moved their patrol boat into a position to rescue the woman and child, but not before the pair submerged briefly. When they re-appeared, the agents grabbed the woman and pulled them into the boat.

That's just three examples of the danger and death visited upon little children thanks to irresponsible parents and others who use them to sneak across the border.

In fact, U.S. policy has made children so valuable that border-jumping illegals are renting and recycling them:

While in the interview process, the officer noticed several inconsistencies that led him to suspect that the child and the alleged parent were not related. With continued questioning Border Patrol agents, OFO officers, and HSI agents were able to gain enough evidence to determine that the child had been “recycled” in at least two prior instances.

who pose as families to better their chances of being released from custody.

A team from Homeland Security Investigations went to Yuma in April to investigate:

Soon, HSI will start a pilot project at two border cities to take biometrics of children if special agents suspect the children are being ‘rented’ out by smugglers, HSI officials said.

But already, according to this report, officials are catching frauds, including a Guatemalan who used a fake birth certificate to prove he was the father of a family; two Mexicans who paid $260 for “authentic birth certificates belonging to a Guatemalan man and a Guatemalan minor with the same last name;” and another Guatemalan who “paid $130 to the family of an 8-year-old boy so he could pretend the boy was his son when they entered the United States.” He confessed that he looked for a child to rent because “he was told that it was easier to get into the United States with a child.” [emphasis added] [Feds in Southern Arizona turn attention to family fraud at border, by Curt Prendergast, Arizona Star, May 4, 2019]

Border agents also  caught two Guatemalans who posed as father and daughter but who were really brother-in-law and sister-in- law, while a “migrant” named Adilso Monzon Calderon said a “smuggling coordinator” told him to “get a child to travel with and United States immigration would allow Monzon to stay.” Because Monzon didn’t want to take his own son, he took the son of a friend in California. The smuggling fee was $5,000, split between both families. The boy who posed as Monzon’s son was coached to memorize the information on Monzon’s actual son’s birth certificate.

Of course, Trump should hire immigration patriot Kris Kobach, Kansas’ former secretary of state, to run immigration policy--as he promised should Kobach lose his Kansas gubernatorial race, at a Trump-Kobach rally I attended in Topeka in October.

Kobach, who endorsed Trump early, has made a couple of powerful television appearances laying out what he would do:

Replying to Tucker Carlson, Kobach said that, if he were running DHS, he would

1. ....publish the final version of the regulation that settles the Flores settlement, it supersedes the Flores settlement. Basically it stipulates how the United States can detain an entire family unit together so you wouldn't have separation of families and you could detain them for as long as is necessary. That could be done tomorrow.

2. ...  I would deploy the thousands of FEMA trailers, either to border cities or to military bases in Texas and Arizona and set up processing centers. Instead of just turning loose these bogus asylum applicants on to the American streets never to be seen again. Let's put them in mobile homes, let's process their claims, ship the immigration judges in, have the claims processed right there, and as soon as their claim is denied, put them on a passenger plane and fly them right back home. Word will get out it in the villages back home, hey it doesn't work to get in these caravans anymore, you're not going to be released into the United States.
Kris Kobach uses Fox News interview to make his case to be the next DHS secretary
Media Matters Staff, Media Matters, April 8, 2019

But, incredibly, it now appears Trump is going to hire former Virginia Attorney General Ken Cuccinelli, who is not only a Never-Trumper but who was persuaded by GOP consultants to abandon the immigration issue in his 2013 race for governor—which, of course, he promptly lost.

It’s even more incredible that the Treason Lobby, particularly in Congress, has been able to claim the moral high ground on children at the border.

That has to change. Immigration patriots—and, dare we hope, the Trump Administration—must let the public know how the smugglers and “migrants” exploit children.