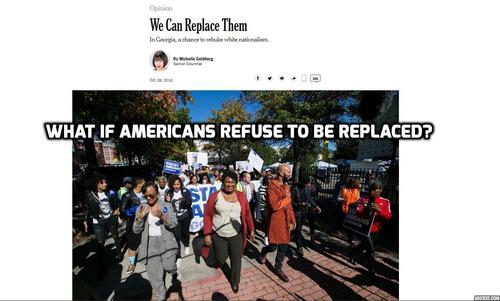 America is so divided, even the political clichés don’t work anymore. In professional wrestling, it’s called a “cheap pop”—an unnecessary reference to the home town designed to get the audience to give an automatic cheer. Politicians do the same by praising the history of whatever state or community they are in. But in post-America, the quickest path to popularity among the Left is to bash your own state—and receive the praise of the Main Stream Media for your courage.

The latest Democrat campaign caught trashing its own state: Florida gubernatorial candidate Andrew Gillum. James O’Keefe’s Project Veritas captured one Omar Smith, “who says he went to college with Gillum,” complaining that “Florida is a cracker state” and that the “poor, the middle income” must be whipped “into a frenzy” to drive out the white Republicans. [Gillum makes promises he can’t keep, “that’s not for [voters[ to know, says campaign staff in undercover video, October 31, 2018] Similarly, the staffer notes that you “have to appeal to white guilt” to get Gillum elected. [Caught on video: Gillum staffer makes racist statements and admits campaign is lying to voters, by Chris Pandolfo, Conservative Review, November 1, 2018]

The Gillum campaign has since severed ties with Smith, who indeed attended Florida A&M at the same time as the candidate. [Gillum campaign cuts ties with aide caught in Veritas video saying candidate fooling voters, by Petr Svab, The Epoch Times, November 1, 2018] Yet Smith was essentially telling the truth. After all, Gillum himself cut his political teeth serving as Director of Youth Leadership Programs of “Young People For” (YP4), a progressive training group. The “issues” section of the organization essentially denies America’s right to exist, as it is illegitimately occupying Indian lands.

Gillum’s YP4 said it “operates daily with the understanding that the lands upon which our movements organize––and upon which our own offices are situated ––have been ripped from the hands of their historical inhabitants through the sustained, continued genocide of Native and indigenous peoples.”

The YP4 website also features jargon-heavy rhetoric about how the program is “committed to the liberation of communities of color in this country and around the world.” This involves confronting “the legacy of white supremacy which manifests in colonialism, imperialism, slavery and voracious predatory capitalism.” Somehow, the “liberation” referred to by such groups never refers to living apart from the evil colonialist whites, but simply agitates for more handouts from the pale-faced oppressors.

Gillum is not alone. Stacey Abrams, another black gubernatorial candidate heavily promoted by the MSM, actually burned the Georgia state flag in 1992 on the steps of the capital. [Report of Abrams burning Georgia state flag resurfaces weeks before election, by Morgan Gstalter, The Hill, October 22, 2018] She now aspires to lead the state. The MSM is excusing this conduct because the Confederate Battle Flag was a part of the design at the time, but as VDARE.com Editor Peter Brimelow once noted, that flag is simply “the emblem of the white Southern component of the American nation.” Abrams wants that component wiped out, as shown by her advocacy of destroying the famous Stone Mountain reliefs of Confederate generals, presumably the same way the Taliban demolished the Buddhist statues in Afghanistan. 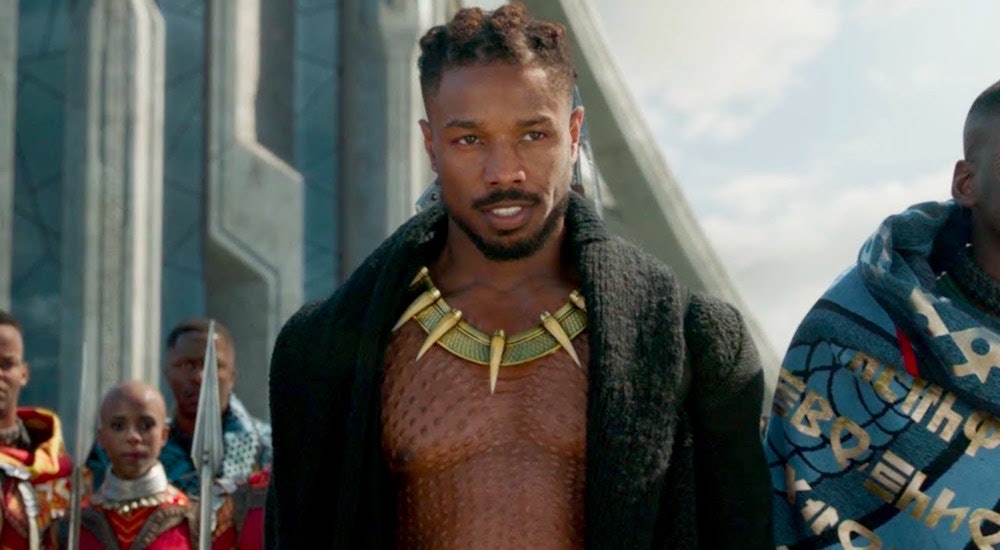 Indeed, Abrams’s entire campaign is thinly-veiled black nationalism and racial resentment. Former Jeremiah “God Damn America” Wright parishioner Oprah Winfrey is currently stumping for Abrams, because if a Republican wins it means the sacrifices of those who were “lynched” or “oppressed” would be “in vain”. [Watch: Oprah Invokes Lynching, Oppression In Campaign Speech For Stacey Abrams, by Joshua Caplan, Breitbart, November 1, 2018] Michael B. Jordan, one of the stars of black nationalist fanfiction epic “Black Panther,” is also campaigning for Abrams, accompanied by fawning journalists. [Michael B. Jordan knocks on doors in Atlanta, encouraging people to vote in midterms, by Caitlin O’Kane, CBS News, November 1, 2018] One can’t help but remember that Jordan played the guy in “Black Panther” who thought the eponymous hero was too friendly towards whites and that Wakandans should instead arm black populations around the world for a global uprising [The Fall Of Wakanda, by Gregory Hood, American Renaissance, March 2, 2018]. But there are no Republican Deep Thinkers like Jeff Flake to furrow his brow and fret about “tribalism” among the Democrats.

Sinema also has a bizarre record of hostility against her own state. Some of the highlights:

This Congressman really, really seems to hate her state.

Just one day, I'd like Arizona to be in the news for something good. Just one day people.

In one way, the comments of Sinema and her fellow Democrat candidates are similar to the kind of moral preening you get from the likes of cuckservatives like S.E. Cupp, David French, or Steve Schmidt. Just as cuckservatives regard the opinions of actual conservatives as irrelevant and unworthy of consideration, so do Sinema, Gillum, and Abrams simply consider their conservative white constituents as not part of the polity. Their real constituency is the MSM, and the good opinion of Leftist journalists is far more important to them than the respect of the people they ostensibly represent.

Yet these Democrat politicians are even more sinister than cuckservatives. The latter are merely either stupid or cowardly, but these Democrat politicians are counting on a strategy of demographic dispossession to deconstruct the history and identity of the red states of Florida, Georgia, and Arizona. And on a long enough timeline, they will succeed.

Once the states are transformed into purely administrative units populated by random Third Worlders, Democrats have a path to victory in even the reddest of red states. Michelle Goldberg recently gloated in an admirably forthright piece in the New York Times about a “white conservative minority… swamped by a new multiracial polyglot majority,” specifically referencing the Georgia gubernatorial race as an example.

Of course, President Theodore Roosevelt famously warned against America becoming a “polyglot boarding house for the world.” Goldberg must have known she was ironically echoing Roosevelt’s phrase. However, Goldberg, her fellow journalists, and the Democrat politicians who take their cues from the MSM see the Bull Moose’s nightmare as their path to permanent political power. (Well, at least until this proposed Brazil of the North gets its own Bolsonaro).

What stands in the way of the Democrats’ plan: the Historic American Nation. Attacking historic symbols, flags, and even the existing population of entire states are all part of a larger effort to flat-out dispossess Americans of their country and replace them with a more servile dependent population. The result will be a never-ending war against every symbol of European-American history or American accomplishment.

Peter Brimelow, in his explanation of this site’s name, reported the case of an “Anti-Bias Task Force” demanding the Long Island town of Southampton abolish its seal, which depicted a Pilgrim and the words “First English settlement in the State of New York” on the grounds that he grounds that it “features an offensive representation of one gender, one race and one historical period...”

These Democrat candidates, like many in their party’s base, are now increasingly blatant about their desire for a post-American future.

Thus the choice in this election, and perhaps every election for the foreseeable future, is cruelly simple: America as a nation—yes or no?