Paul Kersey Reviews BLACK PANTHER: Not Even A Decent Movie—But An Ominous Warning For White America

See Also by Paul Kersey: BLACK PANTHER Will Be A Hit–But Will Blacks Side With The “Villain,” Killmonger? and Thing Is, We’re Supposed To BELIEVE This BLACK PANTHER Black Power Fantasy 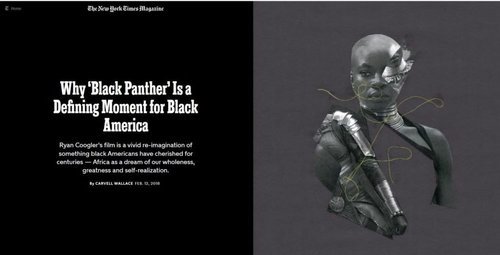 OK, as a service to VDARE.com readers, I’ve finally seen Black Panther. I’d say it’s not even decent. It’s nothing more than a $350 million ($200 million for production with $150 million from Disney to market the movie) exercise in wish fulfillment for Ryan Coogler, the 31-year-old black director. [Why ‘Black Panther’ Is a Defining Moment for Black America, by Carvell Wallace, February 12, 2018]. But according to movie review website Rotten Tomatoes, Black Panther is not just a good film—but the greatest movie of all time! ['Black Panther' Ranked As Best Movie Of All Time By Rotten Tomatoes, by Matthew Mueller, ComicBook.com, February 20, 2018]. What’s going on?

This is only Coogler’s third film. His first was Fruitvale Station, about Oscar Grant, the black youth shot by a police officer while riding BART in Coogler’s hometown of Oakland CA. Coogler went to great lengths to portray the criminal Grant as an innocent victim. [‘Fruitvale Station’ Is Loose With the Facts About Oscar Grant, by Kyle Smith, Forbes, July 25, 2013] This eerily similar to the way BART officials refuse to release CCTV footage of crimes committed on the transit system so as not to “create a high level of racially insensitive commentary toward the district… and create a racial bias in the riders against minorities on the trains.” [BART Withholding Surveillance Videos Of Crime To Avoid ‘Stereotypes’, by Melissa Caen, San Francisco CBS, July 9, 2017].

Black Panther begins with a flashback in Oakland, not Wakanda, with black youths playing basketball on a poorly maintained court, no doubt because of white oppression. A technologically-advanced craft descends upon a building. Inside the building, two black men are discussing armed rebellion, as guns and black power images are all around the room. 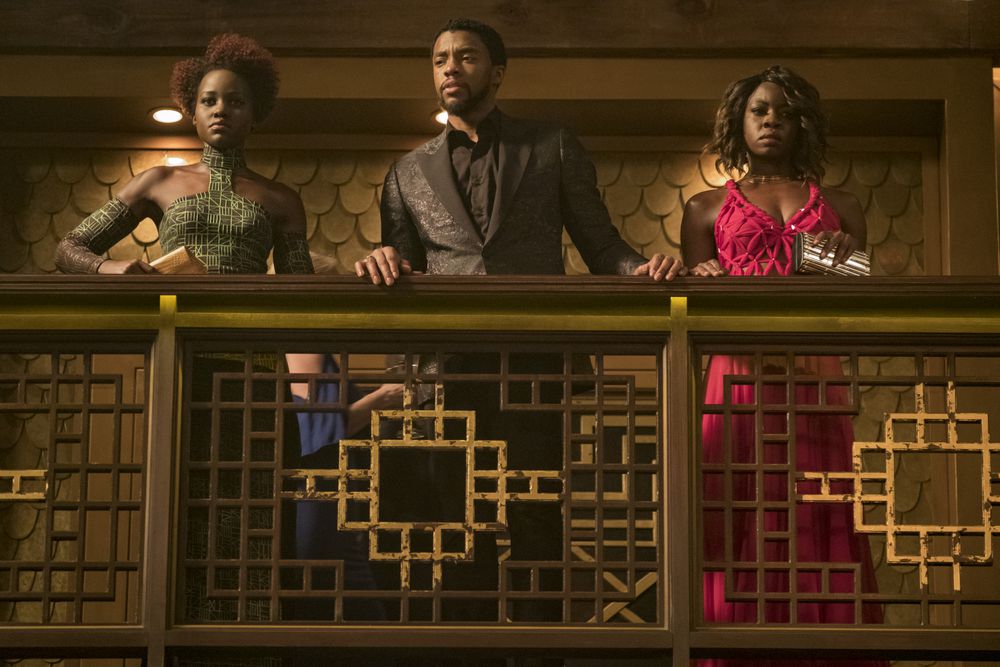 Then the Black Panther enters the room, along with two female bodyguards. He is T’Chaka, the King of Wakanda, who doubles as the eponymous superhero, charged with both ruling and defending the country. We learn that one of the two Oakland men, N’Jobu, is the brother of King T’Chaka and, radicalized by his experience in the U.S., had helped orchestrate an attack on his own homeland to steal “vibranium,” the mineral found in Wakanda which powers its advanced technology and grants special powers. The attack was part of a plot to arm black communities around the world and inspire revolt against their white oppressors.

As N’Jobu puts it to his brother and king, using rhetoric distinctly reminiscent of the Black Panthers, the 1960s American black revolutionary group: “Their leaders have been assassinated, communities flooded with drugs, they suffer from mass incarceration. Our people all over the country are suffering. With our technology, we could free them all!”

How many times do you think a young Coogler walked the streets of Oakland and hoped for an aircraft from a mysterious African nation to descend upon him and his friends, bestowing his people with the means to fight the injustices he was raised to blame entirely on white people?

But Wakandans are isolationist, not even letting in African refugees. As one comments later, “When you let in refugees, they bring their problems with them, and then Wakanda will be like anyplace else.”

So the king kills his own brother in order to prevent the world from learning of Wakanda’s existence.

Returning to the present, King T’Chaka has been murdered in a terrorist attack (seen in Captain America: Civil War), so his son T’Challa must become the new King of Wakanda/ Black Panther. T’Challa becomes the new king in a uniquely African ceremony, and we are treated to CGI shots of the Wakandan skyline (one skyscraper even has what appears to be a tree-hut adorning the top) and an inner-look at life in the fictional African nation. It is a racial state in the purest sense as Wakanda is a confederation of tribes, and the most common religious intonation is “praise the ancestors.”

But every hero needs an antagonist, and Black Panther’s is Erik “Killmonger” Stevens, a Naval Academy graduate at 19 who earned advanced degrees at MIT and became a black-ops solider. Again, this is blatantly a fantasy of what black youth could supposedly attain were it not for white racism.

Killmonger seeks to capture the throne of Wakanda. It is revealed he is the son of the murdered N’Jobu and, as one of royal blood, has the right to challenge for the throne in single combat, even though he grew up among alienated blacks in Oakland, not among Wakandans themselves.

Killmonger wins (temporarily) and initiates a plan to send vibranium weapons to blacks around the world, saying:

“Where I'm from, when black folks started revolutions, they never had the resources to fight their oppressors. That ends today.

“Y’all sitting up here comfortable. Must feel good. Meanwhile, there are about 2 billion people all over the world that look like us. But their lives are a lot harder. Wakanda has the tools to liberate them all.”

Though Killmonger is eventually defeated, he is not discredited. Instead, he dies watching the Wakandan sunset, refusing to be healed and put in prison. His last words are “Bury me in the ocean with my ancestors who jumped from ships, because they knew death was better than bondage."

And, embarrassingly, John Nolte at Breitbart even tried to maintain the Conservatism Inc. “colorblind” view of the world, comparing T’Challa to Trump and suggesting Killmonger is like Black Lives Matter. [Black Panther Review: The Movie’s Hero Is Trump, The Villain Is Black Lives Matter, February 16, 2018]

But in fact even T’Challa seems to agree with Killmonger’s end, just not his means. And even the “good” Wakandans refer to whites contemptuously as “colonizer” and “white boy.”

Indeed, those who made the film have no problem saying the true message is about global black racial solidarity:

"We were making a film about what it means to be African," Coogler says. "It was a spirit that we all brought to it, regardless of heritage. The code name for the project was Motherland, and that's what it was. We all went to school on Africa."

The movie is being treated as a rebuke to white America and the “present moment” (i.e. President Trump) [How the Quietly Radical ‘Black Panther’ Took Over Hollywood, by Tony Karumba, Politico, February 15, 2018].

Thus Disney, the company once identified with family-friendly Americana, Disney, is now giving mainstream America an Afrocentric fantasy of revenge on Western Civilization.

To answer the question I asked in my first paragraph: the Black Panther phenomenon is an ominous warning of how deeply anti-white narratives have penetrated American culture.

And it’s especially important to note these narratives aren’t being pushed just by black radicals, tenured Leftists, or socialist politicians—but by the very same corporate America that President Trump just rewarded with a tax cut.