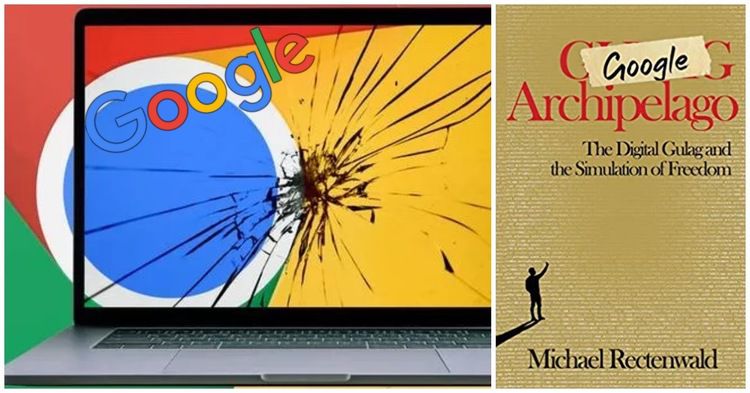 The Wall Street Journal just published a shocking expose, How Google Interferes With Its Search Algorithms and Changes Your Results, [by Kirsten Grind, Sam Schechner, Robert McMillan and John West, November 15, 2019], revealing not only that Google is exploiting its market power in ways the clearly raise anti-trust questions, but also that it shadow-bans sites that promote “hate or violence” even if “expressed in polite or even academic-sounding language”—i.e. VDARE.com and all immigration patriots. This confirms the terrifying message of Michael Rectenwald’s new book    Google Archipelago: The Digital Gulag and the Simulation of Freedom: the combination of Woke Capital and monopoly power is turning America into an open-air prison.

Rectenwald is a liberal academic who was chased out of New York University for dissenting mildly from the “pronoun wars” and the Leftist demand for blanket approval of transgenderism [I was a liberal NY prof, but when I said the left was going too far, colleagues called be a NAZI & treated me like a RUSSIAN SPY, RT, November 12, 2019]. In his book, he shows the Left is consumed by collective hysteria, a theme with which VDARE.com readers are familiar, and also that the ideology of “Corporate Socialism” and the emerging “Internet of Things” is making it impossible to escape from a repressive system.

Rectenwald adds further under "Google Marxism," that Google can operate essentially a state-supported monopoly and use its power to crush competitors. If those competitors complain, suddenly that just becomes the free market in action.

It's an unclear definition and he occasionally links it with corporate socialism. But basically what he's getting at is that Google commands the flow of information and uses this control to further its ideological and commercial objectives, which are often the same thing

In fact, Rectenwald’s concepts often overlap each other, and the recurring academic jargon may baffle the reader who hasn’t read his Foucault.

Yet his three major themes are easy to identify. 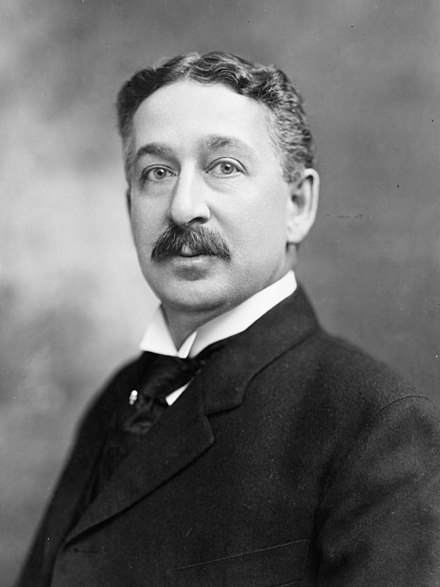 As New York Times token conservative columnist Ross Douthat has noted, Woke Capital offers consumers symbolic rather than economic values. [The Rise of Woke Capital, NYT, February 28, 2018] Rectenwald calls these “rhetorical placebos in lieu of costlier economic concessions”—placebos which incidentally support “the elite’s agendas of identity politics, gender pluralism, transgenderism, lax immigration standards, sanctuary cities, and so on.” Rectenwald suggests this may be an effort by corporations to avoid higher taxes and regulations.

However, he also suggests a deeper ideological agenda, citing the recent notorious Gillette ad deconstructing masculinity. It turns out the co-founder of Gillette, King Camp Gillette (1855-1932, right) was also a “socialist utopian,” who railed against competition and dreamed of creating a “World Corporation.” Thus instead of the masses seizing the means of production, companies would continuously merge, eventually creating a “great Corporate Mind” that would have “life everlasting” and “all knowledge of all men.”

Gillette’s wild ravings seem uncannily accurate when it comes to

Users voluntarily provide data to corporations like Google and Facebook, which they can sell to advertisers. (Mark Zuckerberg himself referred to his trusting subscribers who had done this as “dumb f***s”.) They know us better than we know ourselves.

At the same time, these “private” corporations can also distort what information is provided to users and determine who can compete in the digital marketplace. And because of corporations’ “authoritarian Leftism,” this means that conservatives and patriots can be deplatformed, competitors to Establishment media removed, and Big Tech left in control the “public space” even while being technically “private.” In short, tech companies are taking on governmental roles.

Instead of the Internet freeing discussion, Rectenwald notes accurately that we’re witnessing “the disappearance of public discursive space.” Speech outside the digital sphere is irrelevant, but who can speak inside is determined by companies that practice “blatant double standards, egregious bias, politically-motivated designations of ‘fake news,’ and tilted search engine algorithms.”

In Rectenwald’s striking phrase, tech companies “have acted like referees of a game in which they are also players, taking sides in political contests and the culture wars.”

Naturally, this also means being able to massively manipulate election results by controlling the flow of information and deplatforming independent voices. This could mean that any “democratic vote” is essentially fake and illegitimate, because the outcome is determined in advance. Real political power is found not in Congress or the voting booth, but within the search algorithms and among the moderators of Facebook, Google/YouTube, Twitter, and Instagram.

This is obviously the area most relevant to readers, because VDARE.com and other sites have directly felt the cost of Big Tech censorship. Tulsi Gabbard is directly attacking Big Tech for its control over Americans’ freedom of speech.

Yet President Trump has done little to address these problems. In fact, the president’s much touted NAFTA replacement actually provides Big Tech with additional protections by specifically allowing companies to censor based on political views. His “Social Media Summit” didn’t feature anyone who had actually been banned [Trump’s Pathetic ‘Social Media Summit,’ by Gregory Hood, American Renaissance, July 16, 2019].

The Trump Administration isn’t serious about this. But if it doesn’t get serious in the time that’s left, defeat in 2020 is practically guaranteed.

This will accelerate when the “Internet of Things” truly takes off and every application will be required to operate in an online space, with the “Internet ubiquitous, coextensive with the world at large.” We will never “go online” we will always be operating in cyberspace.

“The Internet is not imprisoned,” Rectenwald writes, “but it may become a prison, and once liberated, the world at large might become a digital gulag.”

This may sound dystopian science fiction. But in some ways it has already occurred. Under China’s social credit system, individuals can be tracked in the “real world” and the services they use and rights they possess are dependent on their standing within the digital system.

Consider also the drive towards cashless societies and its potential for tyranny.

Now imagine how such a system would work within the U.S.. Imagine if every time you tried to make a purchase, use an appliance, or engage with someone, the other person or company had instant access to the information Facebook, Google, and other “Big Data” wanted them to have.

Certain individuals would essentially be cut off from social life. You would be technically “free” to speak or operate a business, but cut off from the digital marketplace, your legal rights and economic viability would be essentially non-existent. There would also be no way out of the system, because everyone and everything, everywhere, would always be connected to the network.

Rectenwald examines the implications of Artificial Intelligence, particularly the way such systems are developing to predict human behavior. He expresses concern not just about the somewhat fantastic prospect of “’robot swarms’ gone awry, but the more fundamental question of whether humans will simply keep outsourcing decision-making to algorithms and AI.

Entire industries and basic human functions could presumably be performed more efficiently and effectively by AI. Furthermore, when it comes to distribution of resources, a sufficiently developed AI would be capable of “identifying, tracking, surveilling, algorithmically steering, digitally jailing, and ultimately controlling populations to degrees that would have made Stalin or Mao green with envy.” One possible future: a “docile, algorithmically-directed or even algorithmically-dictated populace, one that is unemployed and probably living on a Universal Basic Income because their labor is unnecessary.”

This raises the deepest questions. What does democracy, citizenship, or identity mean under such a system?

And while all this may sound bizarre, consider how you, the reader, already live in such a way to avoid negative mentions of your name online. Already, we live are in a system where a single media attack, magnified by social media companies that promote certain stories and suppress others, can shape a person’s entire life.

The ancient bonds of family, church, nation and law are as nothing in the face of a systemic digital assault. An individual’s ability to hold a job is already heavily dependent on Google results. What happens when there are no more escapes? What happens when everyone, everywhere, receives the information the elite wants them to know, even if it’s “fake news?”

This is unlimited tyranny. It also reduces each person into simply a part of a centrally directed System. One can already glimpse the bars of the emerging digital cage.

The solution? Conservatives must rethink their opposition to “the state” and realize the real threat to our liberties comes from Big Tech, not “Big Government.”

In the time that’s left, conservatives who value their faith and identity and progressives who don’t want to exist as mere corporate puppets must unite to guarantee free speech online. There should also be more systemic regulation, if not wholesale breaking up, of social media companies.

If we don’t do these things, contemporary China will seem like a libertarian utopia compared to what’s coming.

And thanks to Rectenwald, we can’t say we weren’t warned.