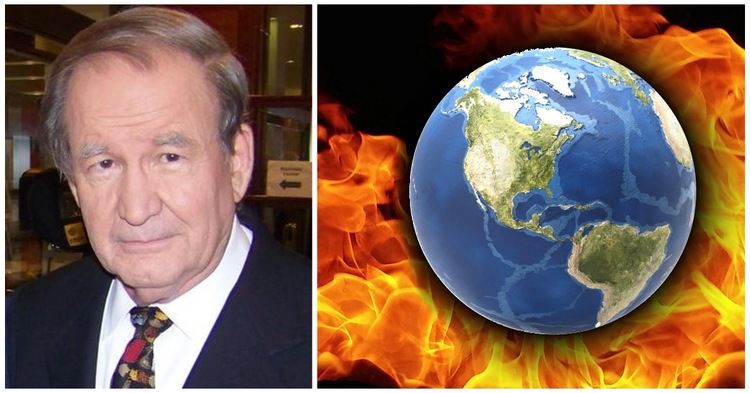 When the wildfires of California broke out across the Golden State, many were the causes given.

So, too, there appears to be a multiplicity of causes igniting and fueling the protests and riots sweeping capital cities across our world.

The year-long yellow vest protests in Paris, set off by fuel price hikes that were swiftly rescinded, seemed to grind down this weekend to several thousand anarchic and violent die-hards.

The riots in Chile were started to oppose a small hike in train and subway fares in a country with the highest per capita income and least inequality in all of Latin America. Yet the protesters have succeeded in forcing the elected government to capitulate and write a new constitution.

Bolivia's uprising was over an election stolen by longtime president Evo Morales, who fled to Mexico to be welcomed by the foreign minister.

Among the issues dividing Bolivians are economic inequality and tribalism—indigenous peoples living alongside a European-descended elite.

In Hong Kong, where protesters appear to be making a last stand in the city's universities, the cause that first united them was a proposal to allow the city's citizens to be extradited to China for trial.

While that proposal was withdrawn, the rioting has continued for half a year and now involves Molotov cocktails, slingshots, bows and arrows, and catapults to hurl bricks at police.

The latest demands include investigating and punishing police for excessive force, restoration of all liberties and freedoms Hong Kong enjoyed in the last years of British rule, and the right to elect their own leaders.

If Hong Kong can resist mighty China for half a year, imagine what Taiwan, with three times Hong Kong's population, significant military forces, and 100 miles of water between the island and mainland, could do to resist the rule of the Party of Xi Jinping.

In Baghdad, the protests went violent early, and hundreds are now dead.

A primary cause of the rioters' rage—Iranian influence in Iraqi politics that arose among the Shiite majority after George W. Bush overthrew the Sunni regime of Saddam Hussein.

The Iranian-backed Shiite militia who helped stop the Islamic State group's drive to Baghdad in the days of the caliphate are now less welcome. "Iranians, go home!" is a popular demand.

The recent violent protests inside Iran are rooted in both politics and economics. U.S. sanctions keep millions of barrels of Iran's oil off world markets every day, causing surging deficits, exacerbating the plunging value of Iran's currency and contributing to rising inflation.

The triggering event for the riots in Iran was a rise in the price of gas, which is still only a fraction of what Americans pay per gallon, but is deeply painful for working- and middle-class Iranians who are stretched to the limit.

Consider. The economic issues propelling workers into the streets to protest inequalities of wealth and income are occurring at a time when our world has never been more prosperous.

The ethnic and racial clashes within and between nations seem increasingly beyond the capacity of democratic regimes to resolve peacefully.

As for matters of fundamental belief—political, ideological, religious—the divides here, too, seem to be deepening and widening.

India's Hindu majority of 1 billion seeks suppression of its Muslim minority. Secular Chinese put Muslim Uighurs and Kazakhs in concentration camps by the thousands to root out their birth loyalties and convert them into Marxist nationalists. Han Chinese are moved into Tibet and Xinjiang to swamp indigenous populations.

In Hong Kong, the struggle is ideological and political, between believers in democracy and advocates of authoritarianism.

President Trump's America wants to secure the Southern border against an ongoing invasion of Latin American and Third World people, who could soon create here a new majority that votes reliably Democratic.

Europe resists with growing alarm a decades-long invasion of the Old Continent by desperate people fleeing the failed states of Africa and the Mideast.

In Spain, a nationalist party, Vox, vaults to third place to resist a leftist regime in Madrid that is seen as too accommodating to Catalan secessionists and refugees from across the Mediterranean.

Americans are not at actual war with one another, but our divisions are as wide and deep as they have been since the 1960s, if not since the Civil War.

We have Republicans standing united against the impeachment and removal of a president they overwhelmingly elected—by a united Democratic Party dominated by implacable ideological adversaries.

Neither authoritarians nor the world's democracies seem to have found a cure for the maladies that afflict our world's unhappy citizens.