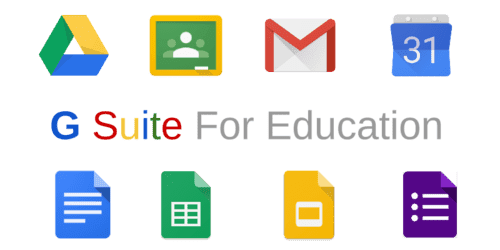 Michelle Malkin: How to Protect Your Kids From Google Predators

The father of the World Wide Web is right: It's time to take back "complete control of your data."

Tim Berners-Lee, who conceived the first internet browser 30 years ago this week, warned of its increasing threats to "privacy, security and fundamental rights." To mark the anniversary, he argued that demanding transparency is key to stopping the web's "downward plunge to a dysfunctional future." So, where to start?

Berners-Lee specifically cautioned against the dangers of internet browsers' keeping "track of everything you buy." The world's top browser is Google Chrome. But spying on our purchases is the least we have to worry about with Google and its $800 billion parent company, Alphabet.

It's bad enough that the company's executives match your offline credit card purchases to your online user profile without full disclosure, employ mobile tracking apps that collect location data even if users have turned off location tracking, hide and downplay massive security breaches (like the photo-sharing "bug" and hacker-friendly browser "flaws" revealed this past week), bow to Chinese communist censors and exhibit explicit bias against conservatives. No, it's much worse. Google's predation starts early, often with the most vulnerable members of society: our children.

The Silicon Valley giant has hooked legions of children and teachers into its data mining products through lucrative partnerships with public schools across America. Learning no longer starts with A, B, C but with G, G, G:

Don't forget: Google now has 80 million educators and students around the world using G Suite for Education, 40 million students and teachers in Google Classroom and 30 million more using Google Chromebooks inside and outside the classroom. Despite a report last fall from the U.S. Department of Education's inspector general blasting the feds for failing to investigate a backlog of Family Educational Rights and Privacy Act violations, the Trump White House has done nothing to repair the damage to FERPA done by the Obama administration. The Democrats' tech-chummy bureaucrats busted open the door to third-party sharing of children's personal data with government agencies, nonprofits and private educational technology vendors.

This is how Google has gotten away with unauthorized scanning and indexing of student email accounts and targeted online advertising based on search engine activity, as well as auto-syncing of passwords, browsing history and other private data across devices and accounts belonging to students and families unaware of default tracking.

While grandstanding opportunists in Congress now talk tough to Silicon Valley donors (hello, Elizabeth Warren), K-12 children in tens of thousands of schools began the academic year by lining up at the library to create Gmail accounts and Google Classroom logins without parental notification or permission. There's no escape: No Google, no access. No access, no education. "Hell, some of the teachers don't even teach the kids," one parent complained to me. Instead, they "watch videos on Canvas on their Chromebooks."

Meanwhile, preschoolers are being trained to flash "Clever Badges" with QR codes in front of their Google Chromebook webcams. These Badges "seamlessly" log them into Google World and all its apps without all the "stress" of remembering passwords. Addicted toddlers are being indoctrinated into the screen time culture without learning how to exercise autonomy over their own data.

Given the privacy breaches, public safety dangers, illegal data profiteering and child predation—not to mention the mental health crisis among America's youngsters connected to social media pathologies—there should be a nationwide clamor to deplatform Google completely from public schools. Until that revolt among parents and educators across party lines swells, it's up to moms and dads to seize control (thanks to parent watchdog Cheri Kiesecker—[Why is Google Tracking Students’ Location, Voice Activity, Web & App Activity, Device Info, YouTubes Searched and Watched? ]—for these tips):

Control begins with you, not G.