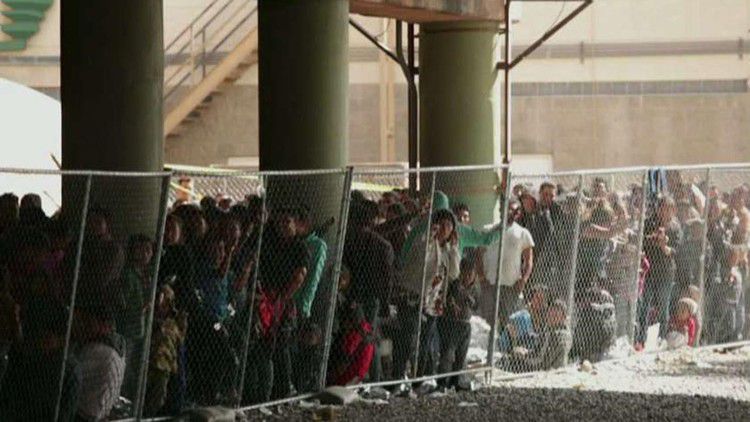 SAID IN SPANISH: “The Deal” With Mexico Is Working!—And Could Get Better

See, earlier, by Allan Wall: What I Saw In Mexico: "Repatriated" Illegals And The Trump-Mexico Deal Working—So Far!

Three months after President Trump’s threat of tariffs persuaded the Mexican government to sign The Deal and crack down on the mass migration of Central American illegals through Mexico to the U.S. border, the news actually looks good. Bottom line: Trump’s hard-nosed gambit worked.

More can be done, of course. But let’s give credit where it’s due.

Trump’s first accomplishment: From May’s high of 144,255, apprehensions of illegals have steadily decreased: June 104,363, July 82,055, August 64,006. [Southwest Border Migration FY 2019, CBP.gov] The total dip from May is 56 percent. That’s impressive given that monthly number had risen steadily since January.

That doesn’t mean Trump’s job is done, needless to say. The total for August 2019, after all, was higher than for any August since 2014, as CBP’s data show, and topped every August for the last 10 years. [U.S. credits Mexico, Central America for sharp drop in border arrests, by Alexandra Alper and Steve Holland, Reuters, September 9, 2019]

Still, Trump’s succeeding, and Mexico’s efforts have helped. The flow of Central Americans through Mexico to our border, then into the U.S., has slowed considerably. Trump deserves credit for thinking outside the box, and using trade policy as a tool to reduce illegal infiltration.

As an aside, it’s worth observing that Trump has also notched two victories over the Kritarchy. The U.S. Supreme Court not only OK’d Trump’s using military appropriations to fund the border wall but also let stand his order that blocks asylum applications from “migrants” who seek entry from a 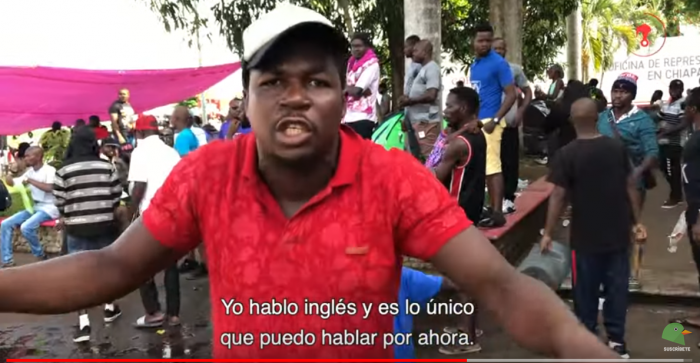 country other than their own. [The Supreme Court has delivered a devastating blow to the US asylum system, by Nicole Narea, Vox, September 12, 2019]

That said, consider what Mexico has done since it inked The Deal. For starters, as I recently reported, look at its strong stand against Africans, most notably in Tapachula, on Mexico’s own southern border, who demand travel visas to get to the United States. If that fracas had occurred before The Deal, Mexican authorities might well have just let them pass. After all, the Africans don’t want to stay in Mexico. And Mexicans don’t want them there.

Mexico is committed to The Deal, which raises Trump’s second accomplishment: Mexican officials aren’t afraid to say so—they boast about the results.

The Trump Administration is pleased with the progress, but wants more help. Meanwhile, Mexico wants the U.S. to help to stop firearms from being smuggled into Mexico.

“What Mexico is doing has achieved results,” Ebrard told reporters. “While we’re still above historic [migration] levels, this trend is irreversible. It’s something that we think will be permanent.” [U.S. officials press Mexico to take more steps to stem migrant surge, by David Nakamura and Nick Miroff, The Washington Post, September 10, 2019]

In Mexico, the most unpopular part of The Deal is not the crackdown on migrants—that’s what the Mexican public wants, after all. Rather, the most disliked codicil is Remain in Mexico, which requires applicants for U.S. asylum to stay there while waiting to plead cases in the U.S. Mexicans really don’t want all those Central Americans (and others) hanging around.

Mexico went along with Trump on Remain in Mexico, but it steadfastly refuses to make an official Third Country deal with the United States. It neither wants to commit itself nor attract more asylum seekers. And it’s one reason Ebrard objected to the Supreme Court’s decision that permitted Trump’s order on Third  Country asylum applicants. [Mexico says it disagrees with US Supreme Court order, by Christopher Sherman, The Associated Press, September 12, 2019]

Of course, there’s a very effective way for Mexico to avoid a de facto remain-in-Mexico policy: stop illegals at their own southern border.

Trump’s third accomplishment: His deals with other Latin American countries that are part of the multi-country  migration route.

In July, the Trump Administration made a Third-Country asylum deal with Guatemala in exchange for some guest worker slots. (That deal might be threatened by the change of administration in Guatemala).

Thanks to early September’s deal with El Salvador, its government has sent police and soldiers to its border with Guatemala “to patrol blind spots along its borders where migrant smugglers and transnational criminals operate.” [El Salvador sends police, soldiers to patrol border, The Associated Press, September 12, 2019]

And, as reported near the top of this article, today an asylum agreement was signed with El Salvador.

Of course, any tightening of the borders in the Northern Triangle is in our interest.

All that said, Trump should add another country to the list of those requiring attention: Ecuador, now a launch pad for a trek to the United States for Africans and others who flew across the Atlantic Ocean. [The Next Influx: The Entire World's Poor and Dispossessed, by Todd Bensman, Center for Immigration Studies, July 1, 2019]

Before August 12, Ecuador required a pre-arrival visa for only 12 countries. Since then, it’s added 11, most notably Cameroon and the Democratic Republic of Congo, a key source of the angry Africans in Mexico. [Consular Services, Embassy of Ecuador, Ecuador.org]

That’s fine, but people from any other country can fly to Ecuador and get a three-month visa—ample time to plan a trip and start the long trip north to the U.S. border with Mexico.

What can we learn from all this?

Trump used a Big Stick foreign policy initiative, which threatened Mexico financially, to reduce the stream of illegal aliens flowing across our border. Faced with the choices of an escalating tariff regime or helping stop that flow, the Mexican government quickly mobilized to avoid Trump’s threat. The Deal might turn out to be one of Trump’s greatest triumphs. And it won’t just help us. Mexico benefits too.

On the other hand, we can’t build our immigration policy on the hope that Mexico and other countries will do the job on immigration that Trump’s recent predecessors wouldn’t do. The United States must reform its own policies to strengthen border security, detention and deportation—and also eliminate the magnets (such as Birthright Citizenship) that attract illegals.

The latest numbers from CBP are evidence we have the opportunity to do just that. Trump must strike again soon.