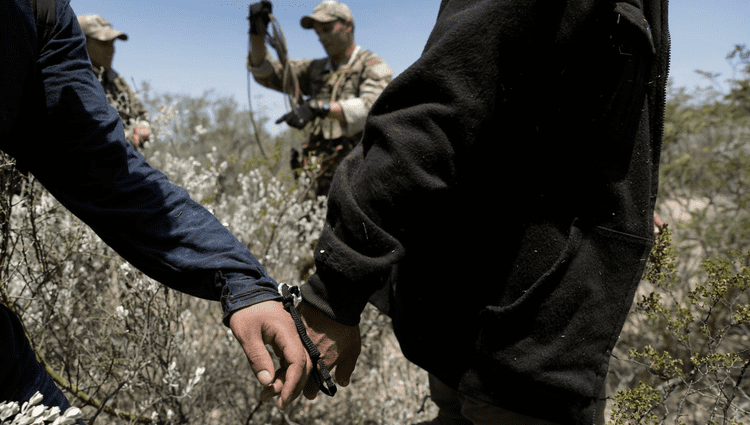 As I reported in a previous article, a survey by the Washington Post and Reforma (a Mexico City paper) revealed that a majority of Mexicans polled don’t want Central Americans to overrun their country.

We wouldn't find that surprising, but the Washington Post seemed to:

More than 6 in 10 Mexicans say migrants are a burden on their country because they take jobs and benefits that should belong to Mexicans. A 55 percent majority supports deporting migrants who travel through Mexico to reach the United States.

Those findings defy the perception that Mexico—a country that has sent millions of its own migrants to the United States, sending billions of dollars in remittances—is sympathetic to the surge of Central Americans. Instead, the data suggests Mexicans have turned against the migrants transiting through their own country, expressing antipathy that would be familiar to many supporters of President Trump north of the border.

The poll was a “face-to-face survey” of 1,200 adult Mexicans,  sponsored by the Washington Post and Mexico’s Reforma and conducted from July 9 to 14.

The detailed PDF can be consulted here .

What can we learn from the poll? Several things.

Donald Trump Is Not Popular

¿Qué opinión tiene del Presidente de Estados Unidos Donald Trump? [“What opinion do you have of Donald Trump, President of the United States?”]

So 78% of the respondents had a negative view of Trump.

How Does Trump Treat Mexico?

An even higher percentage of (81%) said that Trump treats Mexico with disrespect.

What About Mexico's President?

["In general, do you approve or disapprove of the way in which Andres Manuel Lopez Obrador is doing his job as President of the Republic?"]

In regards to their own president, the respondents were asked

Also, 47% approve of the way AMLO handles Mexico's relationship with the U.S while  41% disapprove.

Is It Easier Or Harder To Cross The Border Now?

[“Compared to 5 years ago, today is it easier or more difficult to emigrate to the United States?”]

What about the U.S.-Mexico Deal, which resulted from the Trump Tariff Threat?

First the respondents  were asked if they even knew about it:

Amazingly, only 49% of the respondents said they had heard of it, with 47% saying they hadn’t! I guess a lot of them just didn’t keep up with the news.

Concerning the Agreement, the respondents were asked

¿Cree usted que este acuerdo fue negociado entre ambos países o que Estados Unidos le impuso este acuerdo a México? [“Do you think that this Agreement was negotiated between both countries or did the United States impose the Agreement on Mexico?”]

A majority  (55%) thought it was imposed by the United States, with 28% saying it was negotiated.

OK, so these were questions about Trump  and U.S.-Mexican relations. But what do the respondents really think about immigration in Mexico?

Are Migrants A Burden On Mexico?

Mexicans’ views of immigrants appear to have soured sharply in the past year. A 2018 survey by the Pew Research Center found 57 percent said immigrants mainly strengthen Mexico, while 37 percent weaken it.  The Post-Reforma poll asked a similar question and found opinion reversed: 64 percent of Mexicans say migrants are mainly a burden on the country, 20 percent see them as strengthening it.

Would such a change owe anything to all this caravan stuff that’s been going on?

Didn't Trump get in trouble for discussing immigrant crime?

What To Do With Central American Illegals?

[“What should Mexico do with the Central American migrants who cross our country trying to reach the United States?   Offer them residence in Mexico, give them temporary asylum while the United States decides if they will accept them or not, or deport them to their countries of origin?"]

So a majority wants to deport them, 33% only want temporary asylum, with only 7% favoring permanent residence.

Whatever Mexicans think of Trump or U.S.–Mexican relations, they do not want to be overrun by non-Mexican illegal aliens.

So besides and independent of U.S. pressure, there is now pressure from the Mexican voter on the Mexican government to reduce the passage of Central Americans and others.

That’s good for us, and good for Mexico.