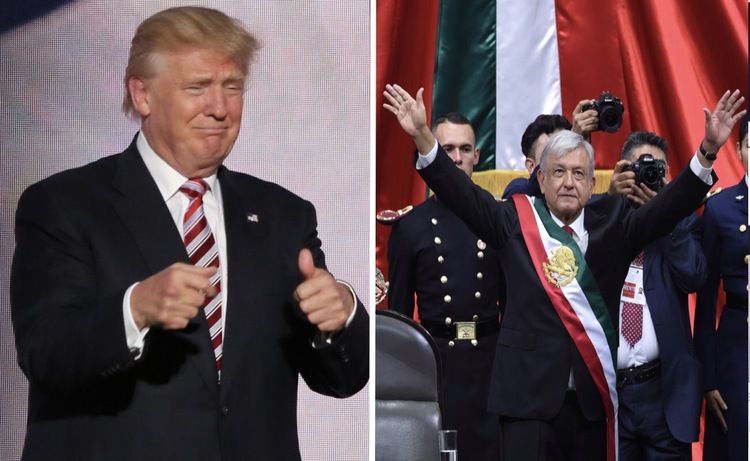 Note that Mexico’s President Andres Manuel Lopez Obrador graciously wished the United States a Happy Fourth— unlike the flag-burning radicals who hate the historic American nation and set Old Glory aflame outside the White House, which didn’t win them any friends with veterans such as myself. Note also that we— the historic Americans who voted for President Trump — have had some good news: Trump’s threat to impose tariffs on Mexico to get its help stopping the illegal-alien invasion has begun to work. Mexico has, indeed, cracked down: apprehensions at the South West border, a proxy for the illegal alien influx, have fallen. Next un-MSM-heralded step: Mexico won’t object (at least loudly) to Trump’s planned deportations from the U.S!

Here’s the latest on the border. Not great—but at least the immivasion has been reversed:

Recall that Trump told Mexico in no uncertain terms what would happen if it didn’t get control of the illegal-alien tsunami rolling up from Central America: tariffs up to 25 percent. Mexico, as I reported weeks ago, moved troops to the border. And as I observed a week later, rank-and-file Mexicans weren’t unhappy—they agreed with Trump that Mexico must control its borders.

Similarly, Bloomberg.com earlier reported some very heartening news: the number of illegals apprehended in Mexico tripled and those deported from Mexico nearly tripled:

After striking a deal with the U.S. to reduce illegal border crossings, Mexico tripled the number of migrant detentions in June from a year earlier, government statistics show. A total of 29,153 undocumented migrants were apprehended last month, up more than 200% from June 2018, and an increase of 23% from May of this year. Deportations rose 183% from a year earlier to 21,912, up 33% from the previous month, according to National Immigration Institute data.

Next day, Trump tweeted his gratitude: “Mexico is doing a far better job than the Democrats on the Border. Thank you Mexico!”

Of course, the president must watch closely to ensure Mexico keeps doing that far better job. And he must push the Democrats to help him close all the crazy loopholes that allow for catch and release and reward migrants for dragging kids along.

And of course the Party of Open Borders won’t help. But such is the idiocy of asylum policy that even Leftist Fareed Zakaria, the Indian Muslim import who blabs on CNN, admits Trump is right: illegals are abusing the system:

Given President Trump's mean spirited and often bigoted attitudes on immigration, it pains me to say this, but he is right, that the United States faces a crisis with its asylum system. Democrats might hope that the out-of-control situation at the southern border undermines Trump’s image among his base as a tough guy who can tackle immigration. But they should be careful. It could actually work to the president’s advantage.

[Fareed Zakaria: “It Pains Me To Say This,” But Trump Was Right About Asylum System, by Ian Schwartz, Real Clear Politics, July 2, 2019]

After noting the backlog in asylum cases and that most applicants are denied, the immigrant from Mumbai asked the obvious question:

Hundreds of millions of people around the world who live in poor, unstable regions where threats of violence abound could easily apply for asylum. Do they all have the legal right to enter the U.S. through a backdoor, bypassing the normal immigration process?

Even Zakaria doesn’t think so—“People should not be able to use asylum claims as a way to work in America,” he says.

If only there were something we could do about that!  If only we'd elected a president who'd promised to secure the border!

How has Mexico done it?

The shape of the country helps explain the strategy and tactics. The real southern border of Mexico is the Pacific Ocean, while eastern Mexico actually borders Belize and Guatemala, which in turn border Honduras and El Salvador. These last three are the Northern Triangle, the fountainhead of the migrant invasion that has swamped the southwest border of the United States.

I wrote about the difficulty of securing the border with Guatemala right before Trump’s victory over Crooked Hillary, but anyway, the territory that leads to those borders is the Isthmus of Tehuantepec, only 133.6 miles wide and the shortest trip from the Gulf of Mexico to the Pacific.

Thus, an effective border-control strategy would include three tactics:

That, it seems, is what Mexico has done, and at minimum, what it did do must have helped. 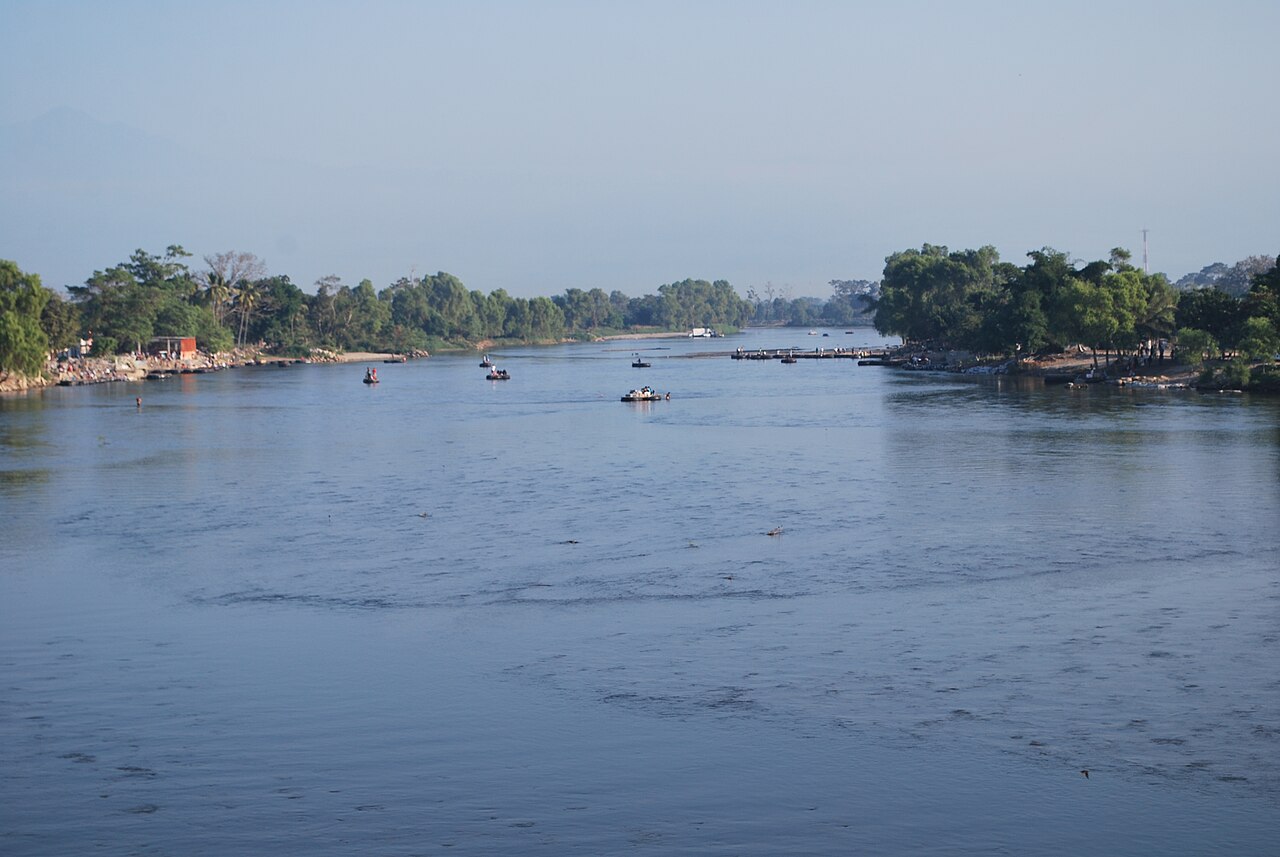 Mexico is a big country. Corruption and incompetence are not unheard of, and some illegals will no doubt evade border control, or even take the sea smuggling route in the Gulf of Mexico. [Migrants evade roadblocks via seaway, by Roxana Aguirre and Lourdes López, Excelsior, June 21, 2019]

But if Mexico drastically reduces the non-Mexicans passing through the country it not only will help itself but also the United States — as it promised.

Which brings us back to AMLO’s kind message at his morning presser on July 4, the protests outside the White House, and as a little lagniappe, to a tale of woe about illegals in Arizona.

But not everyone celebrated and the violent antics at 1600 Pennsylvania Ave. provided a glimpse of the future if Trump doesn’t get control of the anarchy, in particular the anarchy at the border. Angry hate-America communists outside the White House wore “Revolution and nothing less” T-shirts and chanted “America was Never Great!” as one of their number set two American flags on fire. [Activist at center of landmark case allowing flag burning faces charges after melee in front of White House, by Peter Hermann and Laurel Demkovich, The Washington Post, July 5, 2019]

Back in Mexico, El Universal offered this tale of woe, courtesy of Spain’s EFE newswire:

Hundreds of immigrants in Arizona opted this 4th of July to stay in their houses instead of celebrating what should have been a tribute to liberty, in fear that the expected raids announced by President Trump begin.

So illegal aliens eagerly anticipated Independence Day, but couldn’t celebrate because the Evil Trump, breathing threats of raids and deportations, forced them to stay inside!?

Supposing this is true, they must be the only illegal aliens left who fear Paper Tiger Trump.

I’d love for him to prove me wrong, and there’s one way he can:

Post
Radio Derb Transcript Up For September 18: Bordering On Madness, Federal Insouciance. And "Is Europe Coming To Its Senses?," Etc.
MORE...
POPULAR TAGS