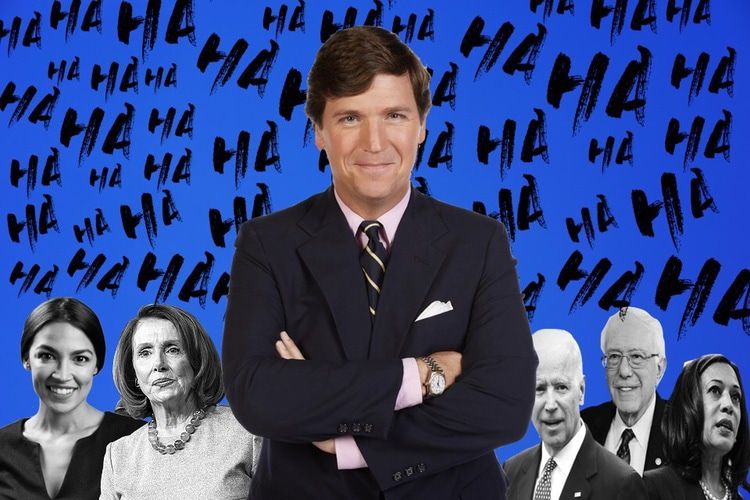 The Democrat Party is crazy on stilts these days, with every candidate trying to outdo the others on anti-borders extremism. You would think that a substantial number of illegal aliens are voting in important elections.

What’s odd is that even lefty Democrats used to support border enforcement as a way to protect American citizen workers. Bernie Sanders was quite eloquent on that topic a dozen years ago:

In years past, Hillary Clinton spoke against illegal immigration and even sounded like President Trump at times:

Another historic film clip reminded viewers that Senators Obama, Biden, Schumer and Clinton voted for the Secure Fence Act in 2006:

But now the Democrats are all for open borders, apparently willing to welcome seven-plus billion humans into our welfare offices and workplaces. It’s one thing to reflexively oppose every statement that President Trump makes, but many young people and those with below average intelligence will take these foolish pronouncements the Dems as gospel.

In 2007, Bernie Sanders advocated for less immigration as good for the country, but now he has flip-flopped entirely. No wonder Americans hate politics. 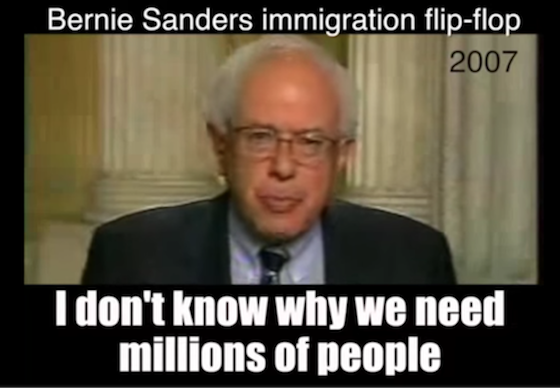 TUCKER CARLSON: Welcome back to “Tucker Carlson Tonight” live this whole week from Japan ahead of the President’s visit here. Right now though, back in the U.S., the President signaled that he might try to enforce the nation’s immigration laws. In response, Democrats are outraged and basically have become straightforward about what they really want, open borders.

On “Face the Nation,” Senator Bernie Sanders signaled that all deportations are morally unacceptable even for those who’ve gone to court and been told to leave this country legally. Watch this:

CBS NEWS REPORTER MARGARET BRENNAN: There are ICE raids set to start. Estimates of some 2,000 people or so who will be targeted. Is this appropriate?

SEN. BERNIE SANDERS: No, it’s not. It is absolutely not appropriate.

BRENNAN: But specifically on this point, the 2,000 that are supposed to be targeted haven’t shown up for court dates. So essentially they’re not following the asylum process, the legal standards when they’re here. So should they be prosecuted? Should they be deported?

SANDERS: I don’t like this deportation thing at all, and I think Trump uses this as a beginning to do worse things to come.

CARLSON: What a buffoon he has become. What a buffoon. Not to be outdone, House Speaker Nancy Pelosi who was even more blunt about it repeatedly and flagrantly breaking our laws, even after coming here illegally is not a reason to make someone leave, she said, watch this:

SPEAKER NANCY PELOSI: When I saw that the President was going to have these raids, I mean, it’s so appalling, it’s outside the circle of civilized human behavior to just be kicking down doors, splitting up families, and the rest of that; in addition to the injustices that are happening at the border. We have legislation to go forward to address those needs.

A violation of status is not a reason for deportation.

CARLSON: Google the phrase “out of touch rich person” and her picture emerges, and yet still, her position is not the most extreme in the Democratic Party right now. Alexandria Ocasio-Cortez, her faction, the House is demanding that Congress cut off funds to the Border Patrol.

In other words, open borders are no longer enough, soon it will be literal, open borders for real. What will happen to the country at that point?

Jason Johnson is the founder of J2 Strategies. He is also a former adviser to Senator Ted Cruz of Texas, and he joins us tonight. Jason, thanks very much for coming on.

CARLSON: So it’s hard to know whether they mean this or not because if you are to take what the Democratic Party and not even the wacko left online, but elected Democratic office holders are saying on television, if you were to take it seriously, what would happen to America?

JOHNSON: It’s out of control. It’s crazy. You have the leader and make no mistake, Tucker, AOC is the leader of today’s Democratic Party. As you know, coming out and labeling detention centers, quote, unquote, “concentration camps.” So we shouldn’t be surprised when the Speaker of her party and the leading Democratic socialist candidate for President falls in line with AOC.

And I tell you, the more they fall in line with AOC, Tucker, the more out of touch they are with the American public. There’s a recent Gallup poll that shows for the first time, immigration and illegal aliens were the highest mention when asked in an open-ended fashion to the American public, what’s the biggest problem facing the United States? You know, the only thing to beat it out? Government? That was it.

CARLSON: So this is absolutely destroying America, and there’s really kind of no question about it if you just look at the trajectory.

CARLSON: The Republicans are doing nothing about it, nothing. So why would any Republican member of the United States Senate for example, who isn’t making this a top priority? Why would that person get votes from any conservative ever again?

JOHNSON: Yes, I can’t imagine. Look, as you know, Tucker, the goalpost have been moved so much in this immigration debate. A decade ago, we were talking about whether or not to grant amnesty for those in the country illegally.

Now, we have, as you just pointed out Republicans in the Senate, who are advancing a bill, right, after the President requested help with this crisis that doesn’t even provide a dime for border security.

CARLSON: That’s right. Because it’s not a partisan question. It’s do you care about America or not? Honestly, that’s where we are. Jason, thank you very much. Great to see you tonight.