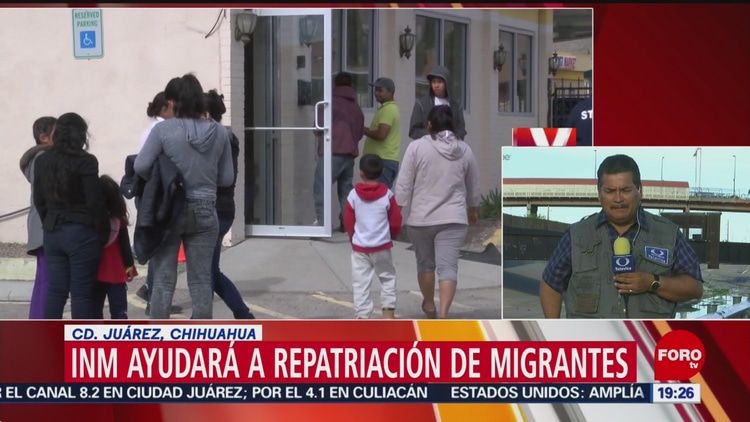 What I Saw In Mexico: "Repatriated" Illegals And The Trump-Mexico Deal Working—So Far!

I recently returned from a visit to Mexico. It was actually our family's second visit to Mexico of the summer vacation.  My summary of the first (and longer visit) is here.

In the Mexican border migration station where I usually do my paperwork, there is a section called Repatriación Humana ["Humane Repatriation”], which is a section to receive deportees. (See here and here.)

When I entered Mexico, I saw 14 returning deportees at the  Repatriación Humana section, and on the day I left, I saw eight.

I saw something else interesting at the station, the day I entered. There is a branch of the Mexican immigration service called
Programa Paisano, designed to help Mexicans resident in the United States who are visiting Mexico.

In the immigration station I saw the program's logo, but something had been added.  It read "Bienvenido a Casa Paisano y Amigo Centroamericano," which translates to "Welcome Home, Fellow Mexican and Central American Friend."

This must be part of the "Wait in Mexico" part of the U.S.-Mexico migration deal, welcoming the Central Americans who have to go back into Mexico.

When we left Mexico, we were almost to the border bridge, with my 16-year old son at the wheel, when I saw a man standing there with a sign that read
Discriminado Deportado... ["Discriminated Against, Deported..."] plus a lot more text I did not have time to read.

Regarding the U.S.-Mexico Migration Deal, announced on June 7th, is it working?

That's good. That's progress.  Trump's Tariff Threat to Mexico may turn out to be one of his most successful policies.

Several caveats are in order though:
1. Illegal border crossings are still higher than they were in recent years and need to continue to decrease.
2. Illegal border crossings can also be affected by non-enforcement factors such as the climate.
3. The Mexican government may start slacking off in the future, or change its policy.  If that occurs slap on the tariffs.
See video below of Fox News reporter Maria Bartiromo interviewing Steve Bannon on this very topic.

One more thing.  On a Mexican highway near the border, when we entered Mexico, my son noticed, and pointed out to me, something I wish I could have taken a photograph of, but it passed too quickly.

It was a Mexican truck (with a Mexican tag) and at the top of the windshield was—a Confederate battle flag.

So what's the story behind that?