“Many thanks for these thoughtful responses and for your timeliness in sending them to me,” wrote playwright Ian Allen [Email him] to me back in June when I was in England and we had just concluded an e-interview for an article he was writing for the New York Times.

Thoughtful? I immediately knew that nothing I said would be reflected in the article, and so, after a long delay and multiple reworkings by New York Times editorial bureaucrats/commissars, it proved. Inside the World of Racist Science Fiction| To understand why white supremacists back the president, we have to understand the books that define their worldview [July 30, 2018] was boring, predictable and ludicrous in its desperate attempts to drag in President Trump. Allen has apparently written a whole play, How To Win A Race War, “a parody of white supremacist ‘race war’ fiction.” Presumably this was free from New York Times editorial stultification. But I find it hard to be hopeful.

Note that the New York Times (and Allen in his play’s write-up) refer to “white supremacists.” But in his correspondence with me, Allen was careful to refer to “white nationalists.” This is because the Left is in the middle of a campaign to conflate Nazis with white supremacists with white nationalists with any concern for borders and sovereignty at all or even, as the New York Times revealed more recently, objecting to the murder of white farmers in South Africa.

For the record, I regard myself as a civic nationalist, but a pessimistic one. And this experience has deepened my pessimism.

Here’s how it began:

Ian Allen: I was referred to you by Heidi [Beirich!] at SPLC as someone who might want to give me a comment or two for a piece I’m writing for the New York TImes. I’m looking at the influence of White Nationalist ideologies on Trump’s policies, and am specifically interested in the way that some of the movement's literature, specifically The Camp of the Saints, may relate to current immigration policy. If I were to you a list of questions, would you be interested in contributing?

For obvious reasons, I only ever do interviews by email now. We proceeded:

IA: To me, it seems clear that some of Trump’s policies are in line with White Nationalist ideologies. I’m specifically looking at correlations with books like The Turner Diaries, Camp of the Saints, Hold Back This Day, Dark Millennium, and others. Here are some questions, but, any thoughts you may have on the topic would be very welcome.

Peter Brimelow: I haven't read the last two, but Turner Diaries was written by a Nazi sympathizer and explicitly glorifies political assassination which is no more an intrinsic part of "white nationalism" than the various "#BlackLivesMatter"-related police murders are intrinsically part of Black nationalism.

It seems to me that "white nationalism" must logically be defined as white identity politics, which are emerging inevitably as immigration policy pushes whites into a minority. Whites have legitimate rights, and interests. See Is VDARE.com “White Nationalist”?

On the other hand, I must admit that e.g. Jared Taylor has abandoned the term since he took part in this debate [in 2005] because he thinks it's hopelessly smeared (as you just did).

IA: Have you read The Camp of the Saints, and if so, do you see parallels with Trump's current policy of separating children from their parents?

PB: Of course, when it first came out. Remember it was published by a respectable publisher! [By Charles Scribner's Sons in 1975] I recall absolutely nothing about separating children from parents, seems to me France's borders just collapsed.

Parallels I do see: (1) Third Worlders just launching themselves into the void in the hope of reaching the First World (remember it came out before even the appearance in the South China Sea of the Vietnamese boat people, whom the MSM ignored for months because they were accustomed to suppressing the truth about Vietnamese Communists; (2) elements in the West not having the moral fiber to resist—unlike the Israelis.

IA: Do you feel that the books are still relevant/important/useful, even though most of the movement’s identity currently centers around online platforms? (I do - they are sort of like bibles, spelling out the basic principles.)

PB: I think that, to the extent these books have an audience, they are symptoms of white unease rather than statements of principle. But they are important for that reason—as is the fact that the official public culture still will not respond to that concern, but wants to repress it.

The movement IS online, but I think everyone realizes that the internet is being curbed and print in all its forms may well have a resurgence.

IA: Any thoughts on the recent popular resurgence of Timothy McVeigh?

PB: Must say I haven't noticed this—and I see a lot of stuff…I've seen speculation that it was an FBI sting gone wrong, but nothing particularly recently.

The universal assumption is that anyone proposing violence is an FBI agent.

IA: Are there any other books in the canon that you could recommend, which may help to inform what I'm writing? Any specific sections of them that may be of interest?

PB: There's a trilogy (I think) by Harold Covington about establishing a white ethnostate in the Pacific NW that I hear about but I've not read. Secession is a big focus—not reconquest and white minority rule.

IA: Do you feel like President Trump is a White Nationalist in his heart or in private? I do. 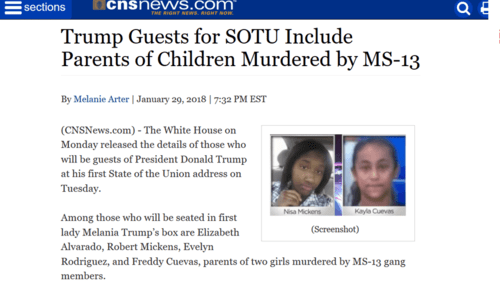 PB: No, I think he's completely instinctive and doesn't spend time thinking about abstractions at all.

I don't see any sign that he's anything other than a civic nationalist—look at his featuring colored Angel Families, and all that stuff about all bleeding red in his Inaugural Address. Also, note that he disassociated himself from Scalia's criticisms of Affirmative Action a.k.a. anti-white quotas and has done nothing about them. [Trump: ‘I don’t like’ what Scalia said about Affirmative Action, The Hill, December 13, 2015]

IA: If not, why is his rhetoric and many of his policies consistently in line with many of the movement’s ideals?

b) But, to help salvage your thesis, Kevin MacDonald has an important distinction between explicit and implicit politics (discussion here, follow links) and I do think Trump is implicitly white identitarian. He and the whole Dissident Right are actually symptoms of macro forces, triggered by the post-1965 immigration disaster, which they didn't create and (in the case of Trump) don't even recognize, see The Democratic Party Has Tipped—Great News For The GOP (Which Doesn’t Deserve It)

But I do think his intuitions are incredible — and profoundly Politically Incorrect, which works for him.
He's just lucked into the greatest political issue of the century.

IA: I feel that Trump, is doing more to “unite the right” than the Charlottesville rally ever even dreamed of. Do you?

We weren't involved with Charlottesville at all (although e.g. PayPal still cut us off) but I doubt that the people who were, or us, will benefit personally from Trump.

The only important thing I learned from Stanford Graduate School of Business: definition of pioneer—guy on covered wagon with arrow in his back.

IA: What would you like to see Trump do next? Something you advocate that he is not doing?

I'll be online later if I can help further.