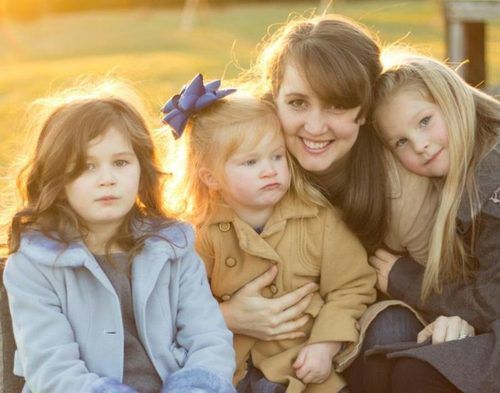 “Take The Strain—Retrieve The Wounded!” A Letter To AMREN From VDARE.com’s Lydia Brimelow

Lydia Brimelow writes: It looks like this weekend’s American Renaissance conference was a complete triumph, with the help of Tennessee law enforcement which did its job and held the Antifa vigilantes at bay—congratulations to all! We weren’t there this year, alas, but John Derbyshire kindly read out this letter from me during today’s morning session (April 29).

First of all, I want to thank John Derbyshire for reading this letter on behalf of VDARE.com and I want to announce here that we expect him back for our next Christmas webcast—last time he greatly impressed our viewers by drinking half a bottle of bourbon on camera with no visible effect!

At least some of them can! My husband, Peter Brimelow, the Editor of VDARE.com, still drinks vodka. We expect a subpoena from Robert Mueller any minute!

Secondly. I want to say how very sorry I am not to be at this American Renaissance conference in this critical year. What can I say, Peter and I are breeders, and with three little girls (above ) at home travel is always difficult.

I gather Jared Taylor has said this weekend that everyone should have more babies. Well, that’s why we’re up at 6:45 on this Saturday morning making breakfast when we could have been leisurely preparing for a good Hate with all of you! So I hope Jared will forgive us.

I’m particularly sorry to miss our very many VDARE.com friends who attend this conference—dare I call it the Davos of the Patriot Movement?

And I want to congratulate Jared Taylor and his band of brothers for holding it despite all odds.

Jared, as a daughter of the Confederacy, I can say this: Robert E. Lee would be proud of you.

Peter tells me that in the early years of the Reagan presidency, when the economy was still floundering out of the Great Stagflation of the late 1970s, Reagan used to tell Americans: take the strain.

This was before my time, of course! But, despite midterm losses, Reagan was re-elected in 1984.

Well, in what we call the patriotic immigration reform movement, we’re taking the strain now.

You all know the details. Since the last AMREN Conference, we saw the suppression of the Unite The Right Rally in Charlottesville. VDARE.com, like American Renaissance, was not involved in Charlottesville. But that doesn’t mean we couldn’t see what was happening: this was a Democrat riot—by elected, uniformed, paramilitary and fellow-travelling civilian Democrats, aided and abetted by Democrats in the Main Stream Media aimed at suppressing an Alt Right protest whose legality had been upheld by a Federal judge. 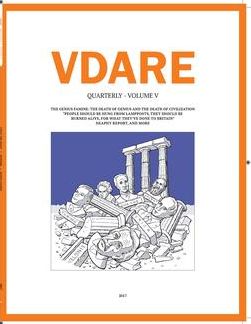 websites like American Renaissance and VDARE.com lost platforms and facilities. In our case, PayPal’s cancellation without any warning at all—although we did have an alternative payment system already in place ready to go—meant that the subscription list to our VDARE.com Quarterly treezine, which paradoxically we started about the time that AMERICAN RENAISSANCE went off-tree, was destroyed. We’ve not yet fully restored it.

As Peter said here last year, we have a Totalitarian Left in this country. If you are interested in getting the VDARE Quarterly, please give John Derbyshire your information and we’ll make it happen.

So what do we do? Three things: retrieve the wounded, enter the legal fray, and build up the home front.

First, we’re determined to retrieve the wounded. That is why we’re proud of publishing updates on the plight of what we call the Charlottesville Seven, the Unite The Right demonstrators excessively charged and, in some cases, incredibly, still being held without bail. We don’t know these people. They probably think VDARE.com is boring. But the fact is that they are victims of what the late Sam Francis called “anarcho-tyranny.” And that anarcho-tyranny is coming for us next.

In fact, I can see from Twitter that it’s already outside. Please all of you be careful going home.

A second thing we have to do: litigation. I don’t think it’s a criticism of anyone to say that, unlike the Left, we’re simply not up to speed on this. But we’ll get there. I want to congratulate Jared and American Renaissance for filing suit against Twitter. I don’t think I will upset our lawyers too much when I say we’re looking at a similar suit against PayPal. There are other targets as well.

All it will take is money.

These Totalitarian Left atrocities do not happen in a legal vacuum. An example: as some of you know, VDARE.com has had three hotel venues cancel conferences in the last 12 months. Of course, it’s scandalous that we can’t have conferences to discuss what is, in effect, the immigration platform upon which the President of the United States was elected. But I want to tell you that every one of those hotels was under contract and every one of them has had to pay us damages.

It’s what the Marxists call exploiting the contradictions.

Finally, building up the home front. We have to work together. We have to create our own networks. That’s why we’re always happy to promote AMREN’s conference. A couple of years ago, Greg Johnson said that Counter-Currents got more traffic from other Dissident Right sites than from the MSM, on the very rare occasions they deign to link to Counter-Currents at all. Peter keeps wittering about building a completely new links page on VDARE.com, featuring an index of absolutely all Dissident Right content producers. He thinks we have to go back to this earlier form, to use our critical mass to counter search-engine shadow banning. I keep telling him to get on with it.

This can play out offline as well. Stay in touch with the friends you’ve made this weekend. Network with likeminded professionals. I even know of some of you who are aiming to live in the same town, even the same neighborhoods, to raise your families together. That’s the idea. We must organize around the fact that while our movement could be deplatformed online at any moment, they can’t actually prevent us from being a community.

VDARE.com and American Renaissance, to quote the Boomer Movie Animal House, have “a long tradition of existence.” They’ve both been around a long time, sort of like their editors. And they’re not going anywhere—particularly in Peter’s case, because he has a young family to support!

Peter has this gruesome analogy he likes: Peter The Great’s capital of St. Petersburg was supposed to have been built on the bones of thousands of serfs who died draining the marshes.

If you think of Donald Trump’s unexpected victory as St. Petersburg, and the drained marshes as the seismic shift in the consciousness of grass-roots America, then the foundational bones are actually thousands of articles published by VDARE.com and American Renaissance.

See you next year,