See, earlier: EXCLUSIVE! Michelle Malkin: VDARE.com Is “One Of The Most Consequential Websites On The Internet”

I live to write. I write to live.

The close of 2019 marks two full decades since I entered national newspaper syndication. You are reading the 1,571st column I've filed with Creators Syndicate. The years have flown and so have the words: More than one million of them carefully marshaled each week for the past 1,043 weeks to enlighten, entertain and enrage.

Thank you, Creators Syndicate founder Rick Newcombe, for your steadfast support and friendship.

Thank you to the hundreds of newspaper op-ed and website editors who publish my work.

Thank you to the thousands of readers over the past 20 years who've provided warm encouragement, sharp criticism, typo corrections, whistleblower tips, crochet patterns, favorite poems and prayers. I am especially heartened by positive feedback from high school students assigned by their English teachers to expose themselves to views different from their own.

Though the past few months have been filled with slanderous accusations that I am a purveyor of "hate," longtime readers of this column know that my weekly pieces are undergirded by love of language, love of family, love of freedom and love of country. 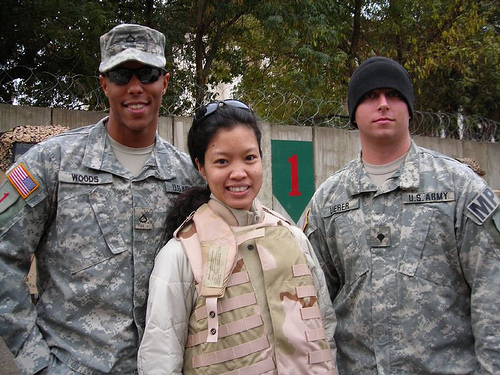 My columns have been filed from across the heartland and around the world, from our southern border to the Pacific Northwest, from Washington, D.C., to Iraq. I root for underdogs, watchdogs and sheepdogs. I oppose elites, control freaks, race hustlers, con artists, ingrates, liars, reality deniers, bullies and incompetents.

No topic is off-limits. I've shared dissenting views on the Japanese internment, rethought my former support for the death penalty and challenged the Big Pharma/Big Government orthodoxy on vaccines since 2004, when our family pediatrician kicked us out of her practice for requesting that a Hep B jab simply be delayed. While every major American media outlet cowered as Muslims worldwide rioted against free speech in 2006, my columns vigorously defending the Danish newspaper cartoonists who dared to draw Muhammad earned death threats, distributed denial of service attacks on my website and sharia warnings that continue to this day.

I've exposed the cronyism and corruption of the Bushes, McCains, Clintons, Obamas and Bidens. I've offended Muslims, Catholics, Lutherans and Jews with my opinions and reporting. I've been an equal-opportunity hate crime hoax debunker and crapweasel hunter.

Politics and policy have been a central focus, of course, but I've also shared the joys and pains of my personal life: the birth of my children, the still-unsolved disappearance of my cousin from the University of Washington campus in 2011, my late mother-in-law's experience with medical marijuana to relieve stage 4 melanoma-related pain in 2014, my daughter's struggles with chronic illness and pain in 2015, and my 25th wedding anniversary celebration last year.

So many of the stories of suffering, perseverance, patriotism, faith and sacrifice I've shared with you remain inscribed on the hard drive of my soul, including Guadalcanal war hero and U.S. Coast Guard Signalman Douglas A. Munro and his dedicated friend Mike Cooley; the children who died on 9/11; Rick Rescorla; Jahi McMath; Haleigh Poutre; Justina Pelletier and Marty and Dana Gottesfeld; Daniel Holtzclaw; Valentino Dixon; Jeff Deskovic; and Brian Franklin.

Along the way, I've enjoyed connecting with remarkable human beings of all backgrounds and political stripes. In 2002, I wrote a tribute column to my friend and veteran crime journalist Jack Olsen, who died unexpectedly of a heart attack. We had carried on phone and email conversations for years since my days as a columnist at the Seattle Times. I recounted him jokingly calling himself my "one lefty friend." We traded notes berating and cajoling each other.

"O for Chrisakes, Michelle, lighten up," Jack wrote in response to a column I did on touchy-feely conflict resolution seminars in the public schools.

"You are incorrigible," he ribbed when I told him that was my idea of lightening up.

From the very start of my journalism career, I've fought the scourge of identity politics and fetishizing of false "diversity." One of my very first syndicated columns in 1999 called out a "journalists of color" conference in Seattle for "treating minority journalists as trinkets to be tallied."

A "newsroom that looks like America is worthless if it doesn't reflect the diverse and discordant beliefs of its readers," I wrote at the time. "Journalism doesn't need more like-minded foot soldiers who march in political unity. It needs straight shooters who think fearlessly for themselves."

With free speech and free thought under intense fire from all quarters, those words mean more to me now than they did when I wrote them 20 years ago. My New Year's resolution is to forge ahead and put the roar in the "Roaring Twenties." There is so much truth yet to be exposed, so many more stories yet to tell, and miles to go before I sleep.