Last Day For Tax-Deductible Donations in 2019

Happy New Year! In earlier New Years' Eve Roundups I've said that 2014 Was The Year Of Dave Brat, the unfunded immigration patriot professor who defeated the GOP’s House Majority leader in Virginia's 7th congressional district,  and showed everyone but GOP Strategists and Conservatism, Inc. that Patriotic Immigration reform was a winner, and Chamber Of Commerce Amnesty pushing was a loser.

I said that in 2015, after the rise of Trump as a candidate (which we predicted!) that "Last Year Was The Year Of Dave Brat, This Has Been The Year Of Trump (But GOP Is Still Not Getting It)."

Last year I said that VDARE.com, Trump, And The American Nation Are Still In The Game!

But what about the last decade? What can I say about that? I can say what the Boston Herald said: 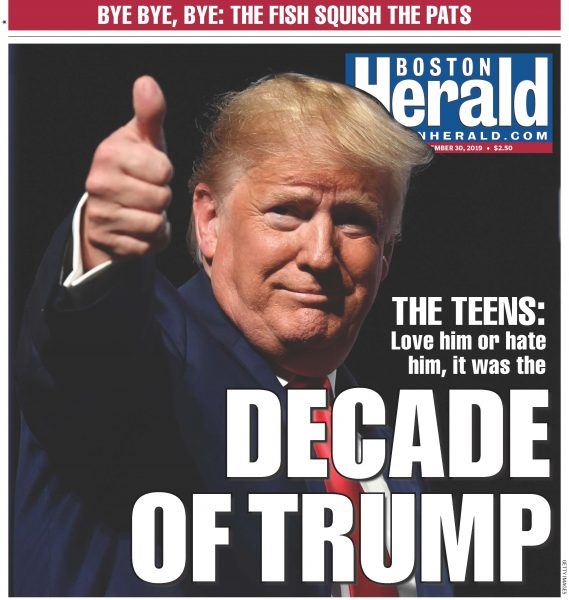 See The Teens: Decade of Trump, December 29, 2019, and remember that thanks to Trump, there will never be a decade of Hillary Clinton.

Also largely thanks to Trump, it will never be the decade of the Weekly Standard, because it's gone. We ask you to donate regularly, but the amount of money we use here is tiny compared to the MSM and Conservatism, Inc.

We've already outlasted the Weekly Standard, and we may yet outlast the New York Times, the Washington Post, and National Review. Your support has made this possible.

The last 10 years have been the Decade Of VDARE.com, and you have only to see how much we're hated by Media Matters and the SPLC—another group we're likely to outlast—to see how effective we've been as a journal of "Dissident Right" ideas.

We expect to be even more effective in the next decade due to momentum.

Watch our smoke in the new Roaring Twenties!

Happy New Year from all of us at VDARE.com!