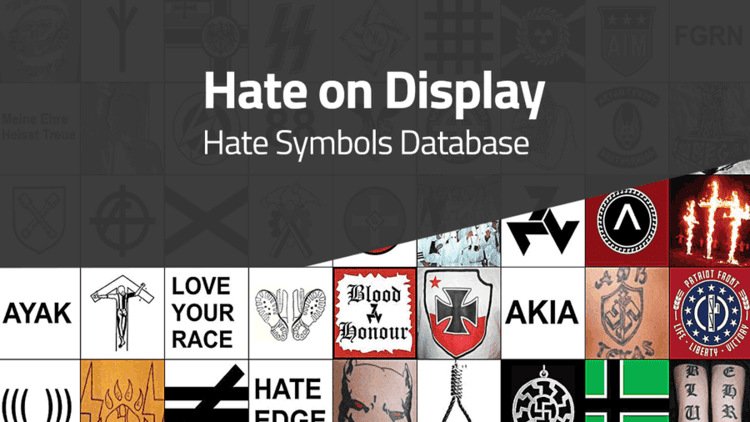 The Anti-Defamation League is a joke.

Once a respected civil rights organization dedicated to fighting extremism and hate against Jews, the ADL lies in bed with violent antifa extremists and perpetuates hate against political opponents. The "progressive" group is now a brazenly partisan character assassination outfit headed by Jonathan Greenblatt [Tweet him], a Clinton/Obama operative and former George Soros-funded operative, whose contempt for President Donald Trump trumps all.

The ADL also partners with the corporate cheap labor lobby funded by Trump-hating billionaire Republican Charles Koch to stifle patriotic critics of open borders. In June, the Charles Koch Institute joined left-wing Silicon Valley companies and ADL's speech police to exploit the riots in Charlottesville, Virginia, as a means of demonizing all Trump supporters and nationalist activists while giving cover to antifa online. 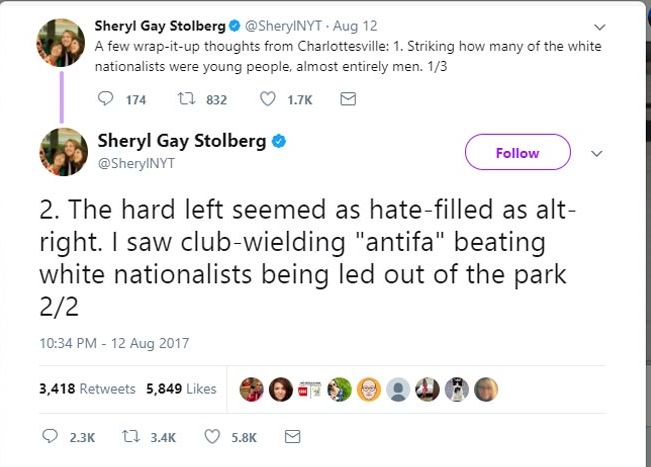 In 2017, left-wing antifa protesters had provoked and engaged in violent encounters at the Unite the Right rally. A man drove his car into a crowd there, killing one woman. New York Times reporter Sheryl Gay Stolberg tweeted on-scene that she "saw club-wielding 'antifa' beating white nationalists being led out of the park" (a candid observation that she later deleted after blowback from her narrative-enforcing colleagues). Live video footage showed left-wing protesters hurling objects at the white nationalists.

An independent review [PDF] of the clashes by Timothy J. Heaphy of the Virginia law firm Hunton & Williams, commissioned by the Charlottesville city government, found that the Charlottesville police and Virginia State Patrol "failed to intervene," "did not respond to requests for assistance," were "insufficiently equipped to respond to mass unrest," "failed to protect the points of egress, instead pushing the conflicting groups directly into each other," and "failed to 'stand up' to protect human life." Police supervisors told Heaphy they were ordered out of their protection zones," one CPD lieutenant reported. "We were sitting there with our thumbs up our asses." Another described how "we were prevented from doing police work" and a third officer stated plainly that "we failed this community."

No matter. Charlottesville fueled efforts by the ADL, the Charles Koch Institute, the Center for American Progress, National Immigration Forum and Hope Not Hate (all Soros-funded satellites, as I report in my new book, "Open Borders, Inc.") to conduct an internet witch hunt against conservatives and Trump supporters under the guise of eradicating "hate" and "extremism."

That's the backdrop you need to know for the ADL's unveiling this week of a compendium of coded gestures it deems "hate symbols." The database includes the "OK" hand sign (initially a joke on the 4Chan internet troll forum), bowl haircuts (because crazed church shooter Dylann Roof had one, all white men with bad hairdos like his must be massacre-minded white supremacists), and the numbers 1-11, 100%, 9%, 12, 13, 14, 18, 28, 38, 43, 83, 88, 311, 318, 511 and 737 (because somewhere someone purportedly associated with something remotely racist had some tattoo or slogan or hand sign using the Dastardly Digits of Evil).

It's all beyond parody, but the most astonishing entries in the ADL's kooky cookbook of code symbols are anti-antifa emblems. Drawing a slash mark through the antifa anarchists' red and black flag is now tantamount to endorsing white nationalism. Opposing left-wing violence by a menacing network of black-masked bullies that has doxxed ICE agents, harassed elderly citizens and bloodied independent journalists, is inciting violence. Resisting defamation of immigration enforcement patriots standing up to smears by Abolish ICE and antifa is defamation. 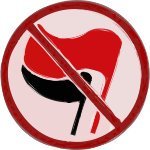 Last weekend, I helped organize a Stand With ICE rally in Tacoma, Washington, at the GEO Group detention facility targeted by antifa firebomber Willem Van Spronsen. There, a brave Jewish immigrant from Germany, Jan Moritz, held my hand and rallied the crowd of Old Glory flag-wavers against the open borders mob invoking the Nazi card to silence us:

When the violence-enabling, smear merchants of the ADL and its collaborators are in charge of weaponizing "hate" and "defamation" to destroy dissent, who will step up to de-platform them?