The gentle, soulful, indigenous people who inhabited the Americas before Christopher Columbus arrived had very demanding gods. What their gods most particularly demanded were human hearts and human blood.

These sensitive, colorful indigenous peoples would therefore conduct periodic rituals of human sacrifice. On high platforms in view of the crowds below, sacrificial victims would have their hearts ripped out with sharp stone knives. Then their dying bodies would be thrown down the steps, to be gathered up by merchants, who chopped them up and sold the flesh in the marketplace [I Left My Heart in Tenochtitlan, by Stephen Cox, Liberty Magazine, November 1995].

But in appeasing our gods, the Holy Trinity of Diversity, Inclusion, and Equity, we are more cruel than those aborigines. Having your heart ripped out with a stone knife hurts like a bitch, to be sure, but only for a minute or two if done with proper professional skill.

When we offer up our sacrifices, we take a member of the lowest, most despised class in our society—a working-class white male—and parade him before the mob. We tell them he has committed some grave offense against our gods, even though he has done nothing that would be thought wrong if a member of some more privileged class did it [Capitol Police officer who shot Ashli Babbitt reveals identity in NBC interview, says ‘I saved countless lives’ on Jan. 6, by Amy B Wang and Aaron C. Davis, Washington Post, August 27, 2021].

We stage a show trial modeled on the actual trials that used to be conducted before our justice system was taken over by ideological fanatics. The verdict is of course a foregone conclusion. Then we lock up our sacrificial victim for decades in a place of humiliation and despair, parted forever from his work, his home, and his family.

This is far more cruel than anything the Aztecs would have contemplated.

We offered up one of these sacrifices a few months ago: Derek Chauvin, former Minneapolis police officer. An earlier case: Officer Michael Slager. It’s a pattern. Now the high priests have determined it is time for another.

This is a big one, with three victims being led up the temple steps. Their names are Travis McMichael, Greg McMichael, and William Bryan.

The show trial phase of the sacrifice commenced on Monday this week at the Glynn County courthouse in the town of Brunswick, Georgia. If you have the stomach for it you can follow the courtroom proceedings in detail from Law of Self Defense expert Andrew Branca's daily reports at LegalInsurrection.com.

Under the pretense that this is a real trial, not just a show trial, the three defendants are accused of various degrees of murder and other felony charges in the death of Ahmaud Arbery in February last year. Everyone, including Andrew Branca, is calling it "the Arbery trial," on the sensible grounds that that is easier to say than "the McMichael, McMichael, and Bryan trial."

The McMichaels, father and son, and Bryan, their neighbor, were attempting a citizens' arrest—legal in Georgia at the time—of Arbery, a young black man with felony convictions who was on probation at the time.

Citizens' arrest, as a result of Arbery’s death resisting arrest, is now illegal in the State of Georgia [In Ahmaud Arbery's Name, Georgia Repeals Citizen's Arrest Law, by Emma Hurt, NPR, May 11, 2021].

That's not all Arbery was on. Post mortem toxicology reports indicate he was stoned at the time of the encounter. And as well as being on something, he was also off something different: the drug Zyprexa, a psychiatric medication to control violent and aggressive behavior.

Arbery had been prescribed Zyprexa after his probation officer had recommended psychiatric evaluation. However, the toxicology report showed no trace of Zyprexa in his system. He was literally off his meds.

The first two District Attorneys to investigate the case concluded it was a killing in self-defense, which indeed is what it looks like.

James Fulford described the circumstances in May of 2020:

Ahmaud Arbery attracted suspicion by running through a burglary-plagued white Georgia neighborhood back in February, and when challenged by armed white residents apparently tried to grab a gun from one of them, which resulted in him being shot [New video emerges of fatal shooting of black jogger in Georgia, May 6, 2020]. As American Renaissance Editor Jared Taylor points out in a devastating analysis [Ahmaud Arbery: The Next Trayvon Martin?, May 7, 2020], that’s consistent with what the recently released video shows.

Gregory McMichael, however, was retired from law enforcement and knew these DAs, so they scrupulously recused themselves.

By that time the incident had been slotted in to the Narrative of tobacco-chewing underclass whites being beastly to innocent blacks minding their own business. Celebrities were all over it; Trayvon Martin-style winsome pictures of Arbery the "jogger" clogged the internet; LeBron James, whoever the hell that is, tweeted that

We’re literally hunted EVERYDAY/EVERYTIME we step foot outside the comfort of our homes! Can’t even go for a damn jog man! Like WTF man are you kidding me?!?!?!?!?!? No man fr ARE YOU KIDDING ME!!!!! I’m sorry Ahmaud(Rest In Paradise) and my prayers and blessings sent to the..... pic.twitter.com/r1PNxs8Vgn

The authorities in Georgia quickly folded of course. That third DA was replaced, on what grounds I don't know, by one pliant enough, and black enough, to press murder charges and organize a show trial [Who Is Joyette Holmes, The New Prosecutor In The Ahmaud Arbery Case?, by Sarah Rose, GPB.org, May 11, 2020 ]. 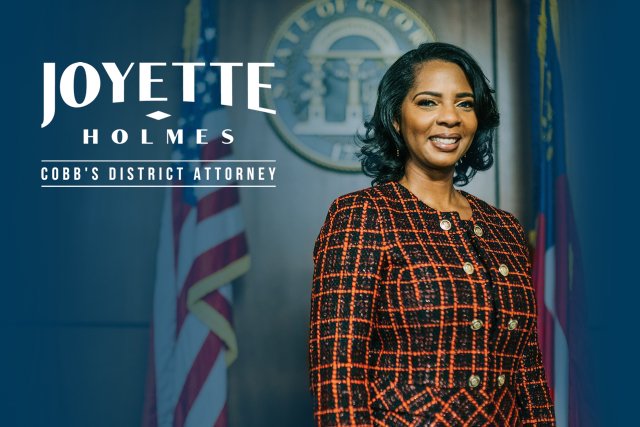 This week has been given over to juror selection; but that's just part of the show. The jurors of course all know that failure to return a guilty verdict will result in them being fired from their jobs, their kids being beaten up at school, and Antifa and BLM showing up to torch their houses while the police, with Derek Chauvin's fate in mind, stand by and watch.

This is the USA today.

I dunno; I really think it would be less cruel just to rip out the defendants' beating hearts.

I do, however, think we should skip the part about chopping up the corpses and selling the flesh for dinner meat.