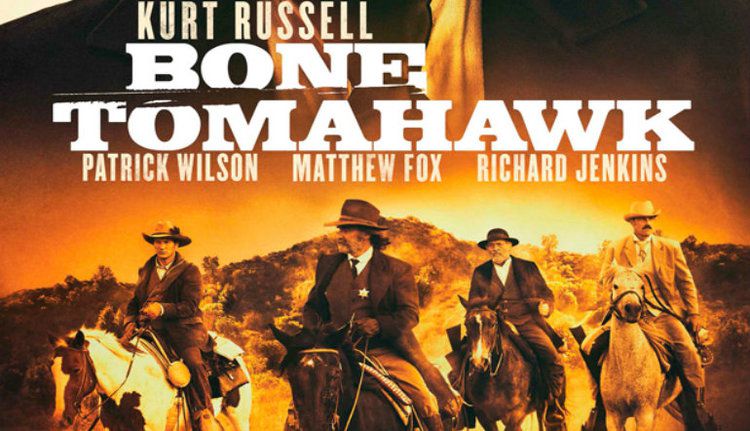 Bone Tomahawk is a pretty gory film. It details the kidnapping of a woman and sheriff's deputy, and then the sheriff's grueling ordeal to track and rescue them. The always wonderful Kurt Russell is the sheriff named Franklin Hunt.

The kidnappers are a savage band of Indian cannibals known as the "Troglodytes," which in any other context might mean Ted Cruz or Donald Trump. (The literal meaning is “cave-dweller”.) These fellows are covered with dust, have implanted bone devices in their throats that enable them to make loud and eerie horn-like calls, and they blind their women by hammering pegs into their eyes.

They prepare a captive for consumption by scalping him, jamming the scalp into his mouth, turning him upside down on his head, splitting him at the groin, and pulling apart his legs, whereupon the omentum spills out on the ground. 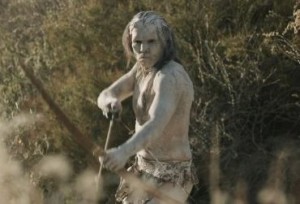 This is not a film for the faint of heart.

I was surprised, at first, that Hollywood would depict “Native Americans,” thusly, and thought someone was asleep at the switch. Another Kinsley Gaffe. Then I realized what was afoot.

Wikipedia, which casts the film as  “horror,” spilled the beans in explaining how the sheriff learns who these savages are. He asks a long-haired man called “The Professor” to inspect one of their arrows.

A local Native American man known as “The Professor” tells Hunt that the arrow is from a group of primitive Native Americans, referred to as “Troglodytes,” that became cave dwellers years ago and are detested for their savagery and alleged cannibalism.

So the Troglodytes “are detested,” meaning by other Indian tribes. That’s where the film very subtly offers viewers Indian propaganda. They would conclude that other tribes are “civilized” and would never inflict such cruelty upon captives.

Of course, that’s nonsense. The Indians specialized in butchery. So no, this isn’t a “horror” movie, as Wikipedia calls it to suggest something fictional, such as a supernatural being or monster that preys upon people. Bone Tomahawk accurately depicts the primitive brutality of American Indians, not least the very real horrors, including cannibalism, the Comanches and other tribes visited not only upon whites but also upon each other.