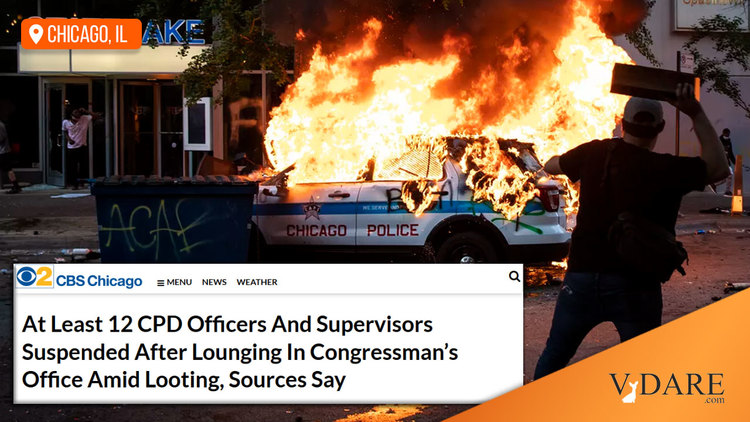 Were Cops Too Brutal to the Mostly Peaceful Protesters or Not Brutal Enough?

Were the police too brutal last summer and fall to the mostly peaceful protesters who were merely engaging in undocumented shopping, arson for equity, and violence against brutality? Or were they not brutal enough?

Black politicians in New York and Chicago are having a hard time getting their story straight on this burning question of the day.

Letitia James says the police have used illegal and harmful tactics for years, and wants a federal monitor to oversee the department’s tactics at future demonstrations.

The New York State attorney general sued the New York City Police Department on Thursday over what she said were widespread abuses in how officers handled the protests that erupted last summer after the killing of George Floyd in Minneapolis.

The attorney general, Letitia James, wants a court-appointed monitor to oversee the department’s policing tactics at future protests, and a court order to declare that the policies and practices the department used during the protests last May and June were unlawful.

The lawsuit, filed in federal court in Manhattan, marked the first time in history that the state attorney general has sued a police department, according to Ms. James’s office.

More than 2,000 demonstrators were arrested, most of them while protesting peacefully. 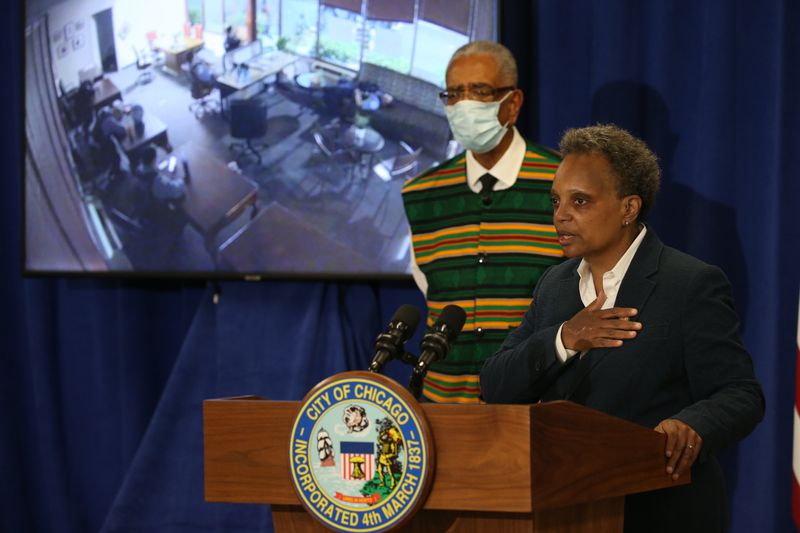 But from CBS 2 in Chicago:

At Least 12 CPD Officers And Supervisors Suspended After Lounging In Congressman’s Office Amid Looting, Sources Say

The incident happened on June 1, 2020, at Rush’s campaign office at 5401 S. Wentworth Ave., as protests and looting were underway throughout the city in the wake of the death of George Floyd at the hands of Minneapolis police. Lightfoot and Rush were furious that while other officers were dealing with the unrest, at least 13 officers were caught on video relaxing in the congressman’s office.

“One was asleep on my couch in my campaign office. They even had the unmitigated gall to go and make coffee for themselves and to pop popcorn, my popcorn, in my microwave,” Rush said at the time. “They were in a mode of relaxation and did not care about what was happening. They did not care. They absolutely did not care.”