You know the script. Evil, gap-toothed, leering Badwhites, secure in their white privilege, most likely resident in some state of the old Confederacy, hunt down and murder an innocent young black guy. It's the core fantasy of Goodwhite Americans, and has to be acted out every so often for their moral satisfaction, like a medieval mumming play: a clear narrative restatement of the eternal conflict between good and evil.

Black Americans can participate in the festivities, too, by burning stores and shooting each other. That's epiphenomenal, though; nobody cares what blacks do.

We haven't had a good Emmett Till re-enactment since the Freddie Gray business in Baltimore five years ago, so it's time. And yes, here it comes. Headlines from the increasingly Woke Drudge Report:

But I've lived through so many of these Emmett Till re-enactments now, they're getting to be as boring as Xi Jinping's virus.

This particular one concerns a father-and-son team in Brunswick, Georgia. There'd been burglaries in the neighborhood, which is pretty white; at any rate, the local elementary school is 76 percent white. Dad, who is a former police officer, saw a black guy running down the street, who he thought matched a description of the burglar; father and son, not knowing whether the black guy was armed, grabbed their guns and got in their truck to make a citizens' arrest—all perfectly legal in Georgia, according to the local authorities who decided not to charge him.

A friend in another vehicle followed them [Two Weapons, a Chase, a Killing and No Charges, by Richard Fausset,NYT, April 26, 2020].

When they caught up with the black guy, they got out to make the arrest, the son holding a shotgun. The black guy tried to wrestle the shotgun from him. Three shots were fired, the son presumably fearing for his life if his opponent got the gun. The black guy died.

All this happened on February 23rd. The District Attorney who investigated the case saw no grounds for an arrest. [PDF]

Last week some cellphone video of the event went public. It was taken by the friend who'd followed father and son. I presume he released it to show they acted within the law—which, the DA had concluded, they did.

All the Goodwhites saw on that video, though, was two white guys with guns and a black guy getting shot. Just like Emmett Till!

So now we are getting the full Emmett Till narrative, dressed up with all the usual cant threadbare formulas: "jogging while black," "modern lynching," and the rest. There are rallies; there are protests; there are Twitter handles, … you know how it goes.

Under pressure from the Goodwhite Establishment, which of course includes practically all of the media and social media, father and son have now been arrested and charged with murder. [Ahmaud Arbery Shooting in Georgia: Live Updates and Coverage, NYT, May 8, 2020]

How's it all going to play out from here?

Whatever happens at trial in this case, the father and son, the McMichaels, will never again have normal lives. Their home address has already been made public; so even if acquitted, they'd be in danger if they ever went back to live there.

And they will be full-time professional defendants. Even if they're acquitted in state court, there'll be appeals and calls for federal Civil Rights and "hate crime" prosecutions.

If a Democrat wins the Presidency in November, those calls will be answered with a vengeance by some anti-white Eric Holder clone at the Justice Department. 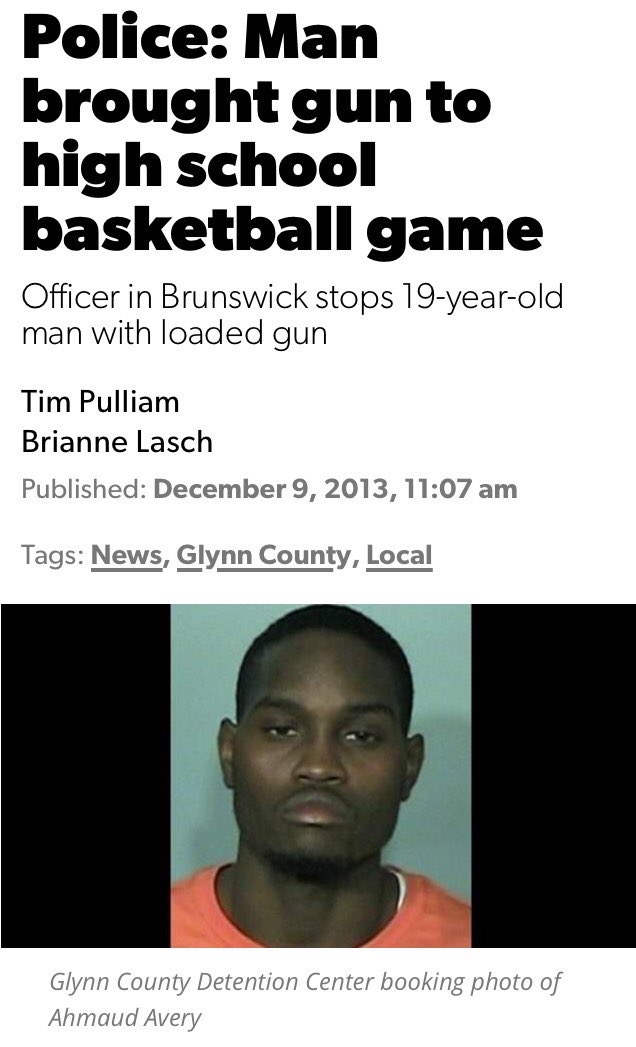 So get used to being homeless and unemployable, guys, and to spending all of your free time in lawyers' offices, and all of your net worth in lawyers' fees. This is what happens to Americans who bring the wrath of the Goodwhite Establishment down upon themselves as a result of trying to do their citizenly duty. You could ask George Zimmerman about it [George Zimmerman sues Trayvon Martin's family for $100m, by Richard Luscombe, Guardian, December 4, 2019].

As with the Trayvon Martin case, I'm expecting some degree of Narrative Collapse. The deceased in this case, name of Ahmaud Abery, has so far been presented to us just as a high-school football star. That's nice; but the guy was 25 years old when he died. What's he been doing since high school? None of the news reports I've seen want to tell me.

Could it be that he was the burglar who'd been plaguing the McMichaels' neighborhood? I guess it could, but no one seems interested in finding out.

We have learned that Abery has a rap sheet. He was indicted for bringing an unlicensed handgun (an imported Russian Makarov .380, like the one at left) to a high school basketball game six years ago, and he has a shoplifting conviction [FastNews, The Brunswick News, February 10, 2015]. Not major criminal activity; but Arbery, like Trayvon Martin, seems to have fallen somewhat short of the model-citizen standard. I'm expecting more Narrative Collapse in this area.

George Zimmerman was at least acquitted at state trial. Can McMichael father and son expect the same grace?

I doubt it. That was nearly seven years ago. The political temperature is way higher now than it was back then, and our courts are heavily politicized. Robert Bork wrote about being the only conservative on the faculty of Yale Law School sixty years ago [Legends in the Law: Robert H. Bork, DC Bar Report, December/January 1998]. Does anyone think the law schools have become less leftist since then?

The Zimmerman verdict was, I think, a fluke. The Establishment will do all they can to prevent that happening again.

For the future of American jurisprudence, compare and contrast the cases of James Fields and Jose Garcia-Zarate.

Intent-wise, I can't see much difference between those two cases. Outcome-wise, however, Fields got a colossal prison sentence after a year and a half in custody followed by a very brisk trial, while Garcia-Zarate's state conviction was thrown out on appeal over a technicality, and federal proceedings against him, now five years under way, look like being dragged out to the crack of doom, with a couple of years in the funny farm as the most probable outcome.

Equal justice under the law? [Laugh.]

As a footnote to all that: I can't leave the case of the Georgia shooting without registering my anger and disgust at the usual Establishment hypocrisy on display here.

Black people kill white people at a pretty fair clip, often with plain malice and horrific cruelty. Our own Paul Kersey and James Fulford post regular reports on this, as does the indispensable Colin Flaherty. Examples: here, here, here, and here. None of these killings ever makes the news.

There are no demonstrations on behalf of those named in Paul Kersey's or James Fulford's posts, or Colin Flaherty's books; no Twitter handles, no indignant denunciations by politicians and TV talking heads … nothing.

If you are murdered by a black or other sacralized minority—an illegal immigrant, say—your death will at most be a few column inches on page fifteen of your local newspaper, if your town still has one.