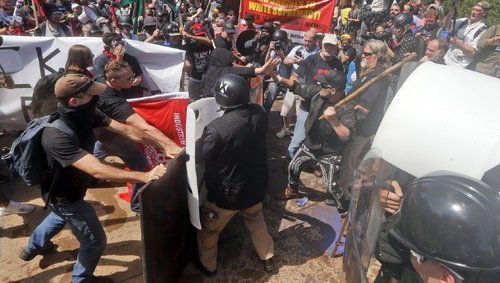 See, earlier, Car That Crashed Was Reportedly Being Swarmed By Antifa—Was It Self-Defense?, VDARE.com, August 2, 2017

If you're worried about the social media monopolies censoring speech, just be happy they can't put you in prison.

Federal prosecutors are celebrating the one-year anniversary of the Charlottesville, Virginia, "Unite the Right" rally—isn't this the "paper" anniversary?—by indicting James Fields for "hate."

Fields has already been charged with murder in state court. (I would think that "hate" would be subsumed by a murder charge.) 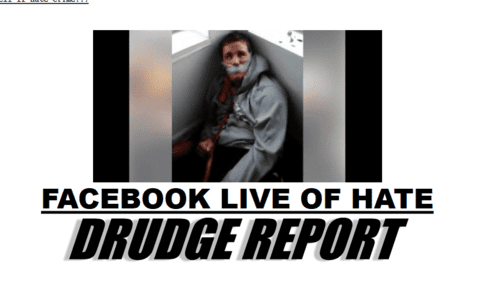 But the federal "hate crimes" statute allows the feds to skirt the Constitution's ban on double jeopardy—at least for certain kinds of "hate."

To make their case, prosecutors did a deep dive into Fields' social media postings to prove that, yes, while he might have killed a white woman in this particular case, he's still a racist.

The second paragraph of the indictment states:

Wait—what? Again, Fields is a white man charged with murdering a white woman.

This is a prosecution of Fields for Bad Thought, utterly oblivious to not only the Constitution's double jeopardy clause, but the free speech clause and also simple common sense. It's like a parody of what serious people feared about criminalizing "hate."

Contrary to common belief on college campuses, there is no "hate speech" exception to the First Amendment. Pimply teenaged boys writing snotty remarks about blacks and Jews is every bit as constitutionally protected as an Asian girl on The New York Times' editorial board writing snotty things about white men, although the latter pays better.

It turns out that hating the wrong people is a far graver crime than murder. (And hating the right people gets you a job at the Times!)

During his commission of one of the worst mass shootings in our history at the Pulse nightclub in Orlando, Omar Mateen made damn sure that no one would think he was a racist, explaining, "I don't have a problem with black people," adding, "You guys suffered enough."

Mass murderer? Yes, fine, he was that. But no one was going to call Omar Mateen a "racist."

Similarly, the federal prosecutor in Fields' case has charged the defendant with being something worse than a murderer—they say he's a racist. 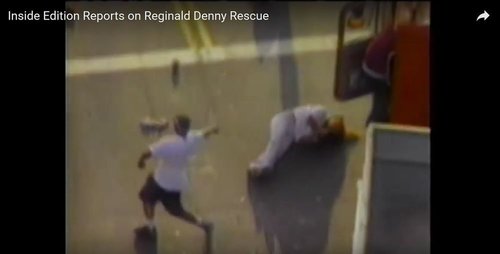 What if he's found not guilty of murder?

The state murder case seems pretty straightforward. There's video of Fields' car plowing into a crowd on the street in front of him, resulting in the death of Heather Heyer. The only question is whether he has a defense, such as that he has a medical condition, it was an accident, or he feared for his life. (For example, if someone was yelling, "There he is! Get the Jew!")

Fields hit the gas pedal during an officially declared "State of Emergency," with armed Antifa protesters swarming the streets. Footage online shows his car being surrounded and smashed with baseball bats seconds after the crash. Unless his defense lawyer is planning on intentionally throwing the case for the greater good, Fields seems to have a pretty decent argument that he was in fear for his life.

History has shown that it's a big mistake to stop your car for protesters. Sooner or later, you get pulled out and beaten to death or nearly so. 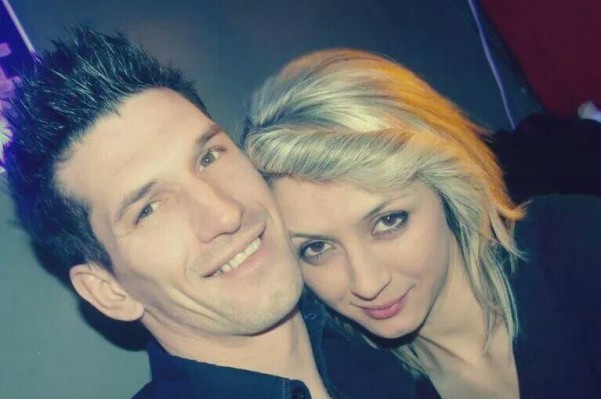 During the protests in Ferguson, Missouri, a group of teens surrounded a car 14 miles away, being driven by Zemir Begic, who was accompanied by his fiancée and a friend. Begic  (right)got out of the car and was immediately set upon by hammer-wielding teens. He died in the hospital a few hours later.

Reginald Denny stopped his truck in the middle of the L.A. riots—a justified "rebellion," according to Democratic Rep. Maxine Waters—whereupon he was yanked from the cab and savagely beaten. As Denny's body lay lifeless on the pavement, Damian Williams—Rep. Waters' friend—dropped a huge slab of concrete directly on his head. Denny survived only thanks to Good Samaritan Bobby Green, but suffered permanent brain damage.

In 2013, bikers swarmed a banker, Alexian Lien, on New York City's Henry Hudson Parkway as he was driving with his wife and 2-year-old daughter in their SUV. The bikers became angry after Lien's wife threw a plum at them and repeatedly slowed down in front of him, forcing him to stop. Each time, Lien escaped by intentionally driving through the swarm of bikers, injuring many and paralyzing one for life. Lien wasn't even prosecuted.

Days after the 2016 election, David Wilcox was driving in Chicago when a black sedan scraped the side of his car. He got out and was viciously beaten by youths, yelling at him for being a "Trump voter," evidently because he was white. One of the disappointed Hillary voters got control of Wilcox's car and dragged him through traffic at speeds of up to 70 mph. Wilcox freed himself by rolling into oncoming traffic. Miraculously, he survived.

Of course, what James Fields' state of mind was right before he hit the gas pedal is of no consequence compared to his state of mind years earlier, when he was furiously typing hateful posts alone in his bedroom. He could be guilty of "hate."

Her next book, Resistance Is Futile!: How the Trump-Hating Left Lost Its Collective Mind, will be  released on August  21, 2018.