We've recently observed the 50th Anniversary of the assassination of Martin Luther King, which led to a lot of black rioting:

Fifty years ago today, MLK was killed. And before my eyes, Washington burned

I witnessed unprecedented looting, rioting and arson that destroyed about 1,000 buildings. Thirteen people died, eight of them in fires

Fifty years ago today, on Thursday, April 4, 1968, Martin Luther King was assassinated in Memphis, Tenn. As Washington correspondent for the Montreal Star and London Observer, I hurriedly booked flights to Memphis to cover the aftermath. Just before I was to leave by taxi for National Airport however, I got a call from a contact, an African-American named Charles Hightower, director of the progressive anti-apartheid lobby, The American Committee on Africa.

“Do not go to Memphis!” Charles said. “Stay here! This city is going to blow!”

This city is going to blow!

I took Hightower’s advice and stayed in my office in Washington, in the National Press Building on 14th Street, while most other White House correspondents flew to Memphis. When they returned from Memphis, they saw pillars of smoke and fire billowing over the city as they landed. Washington had blown.

During those three days, I witnessed unprecedented looting, rioting and arson that destroyed about 1,000 buildings, including a major department store. For nearly two weeks, the capital of the United States was occupied, under the orders of lame-duck president Lyndon Johnson, by 13,600 federal and National Guard troops who put up pillboxes at the gates of the White House.

Friday the 5th began slowly. Tens of thousands of mainly white civil servants drove in from outer Washington suburbs and the Virginia and Maryland suburbs to work downtown unaware of the fact, which the media had willfully downplayed, that some arson and rioting had occurred overnight. [More]

Which "the media had willfully downplayed"—thanks, media! In the 1967, there was officially no rioting in NYC, because leftist mayor John Lindsay defined such riotous violence as actually took place as "not rioting", confident that press would go along with it. The MLK riots were too big to hide—they burned out whole city blocks.

The MLK Riots took place in many American cities and lasted up to a week before order was restored.

The Z-Blog Power Hour this week talks about what happened in Baltimore, starting at two minutes in: 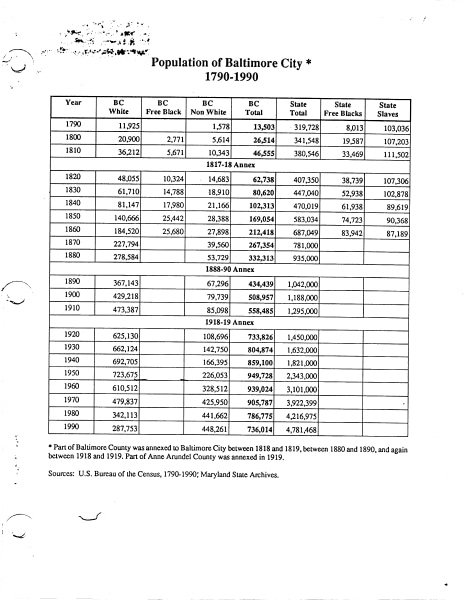 The Z-Man describes  what happened to Baltimore's demographics as a result.[The Demography of Baltimore City: Sources]

Agnew was governor of Maryland in 1968, when Baltimore suffered a week-long black riot after King was assassinated. Agnew called in federal troops to help restore order and then invited 100 black leaders to a televised meeting before the press corps. He excoriated them for not denouncing the black radical, Stokely Carmichael, who had been stirring up trouble. Not one black leader, he pointed out, had said a word when a Carmichael lieutenant called the Baltimore police “the enemy of the black community.”

Agnew had learned of a secret meeting with Carmichael, in which there had been an agreement that no black would publicly criticize another black, no matter what he said. Agnew called this a “perverted sense of race loyalty.” Many blacks walked out and white liberals screeched, but Nixon admired Agnew’s toughness. Mr. Buchanan says the Baltimore speech was “a major factor” in Nixon’s choice of VP. In another admission that will win him no friends, Mr. Buchanan adds that he liked and always got on well with Agnew. [Greatest Comeback: Nixon, Buchanan, and George Wallace, by Jared Taylor, American Renaissance, August 15, 2014, emphases added]

For more on the Baltimore speech see Agnew Insults Leaders , [continued] Baltimore Afro-American, April 13, 1968, and the full text of the speech is here. I believe, by the way, that Agnew actually said “perverted concept of race loyalty” .

And here's Enoch Powell, speaking just after the MLK Riots—as you can see, the "much blood" he saw the River Tiber flowing with was that of America's riots:

As I look ahead, I am filled with foreboding. Like the Roman I seem to see “the River Tiber foaming with much blood”.

That tragic and intractable phenomenon which we watch with horror on the other side of the Atlantic but which there is interwoven with the history and existence of the States itself, is coming upon us here by our own volition and our own neglect.

Indeed, it has all but come. In numerical terms, it will be of American proportions long before the end of the century. Only resolute and urgent action will avert it even now.