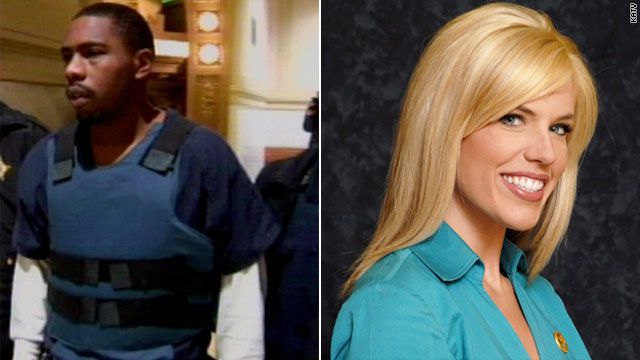 A George Zimmerman Neighborhood Watch Could Have Saved Anne Pressly Why would anybody be worried about Curtis Vance?

In my blog yesterday discussing the improbability of George Zimmerman getting justice from black jurors I linked to the Nicholas Stix account of Anne Pressly’s murder by Curtis Vance.

…a personal trainer at the Pro Fitness club in Pressly's Pulaski Heights neighborhood, reported seeing a man whom she and a client are now sure was Vance stalking the gym three times during the pre-dawn hours. Twice, [she] was accompanied by the client. The last time, in September, the man was crouching outside of the gym exposing himself. But they never called the police…

No matter how many white females are raped and/or murdered, whites fear being treated like "racists" by police and reporters if they demand action against black strangers acting suspiciously in neighborhoods where they have no legitimate business.

If a public-spirited local man like George Zimmerman had been running a Neighborhood Watch, Anne Pressly would very likely not met her ghastly end.

The wicked character of those who hung the jury in Vance’s second rape trial, for an attack in Marianna, Arkansas, is well highlighted in an excellent and thoughtful account which deserves wide reading:  Lee County justice: the mistrial of Curtis Vance By David Koon, Arkansas Times March 23, 2011

…the DNA taken from [the victim’s] robe and body during a rape examination …turned out to be …a clear match for DNA evidence found in the home of KATV television anchor Anne Pressly…Vance's DNA matched the genetic evidence collected in both the Marianna case and at the Pressly crime scene.

The jury split seven to five along strictly racial lines — seven blacks and five whites. Even though it would be hard to find a genetics expert in the world who would tell you there was more than an unfathomably remote chance that the semen found inside the victim belonged to anyone other than Curtis Vance.

Although the jury in the Pressly case in Little Rock did convict Vance, the Arkansas Times reports that he was

…spared the death penalty by only two jurors who held out against capital punishment.

VDARE.com offers no prizes for correctly guessing the race of this pair.

According to Will Anne Pressly's Killer Curtis Vance Get Death in Anchorwoman Case? By Ryan Smith, CBSNews.com November 12,2009

As Vance left the courthouse… he shouted, "It's a corrupted system!"

But the reason is simple.