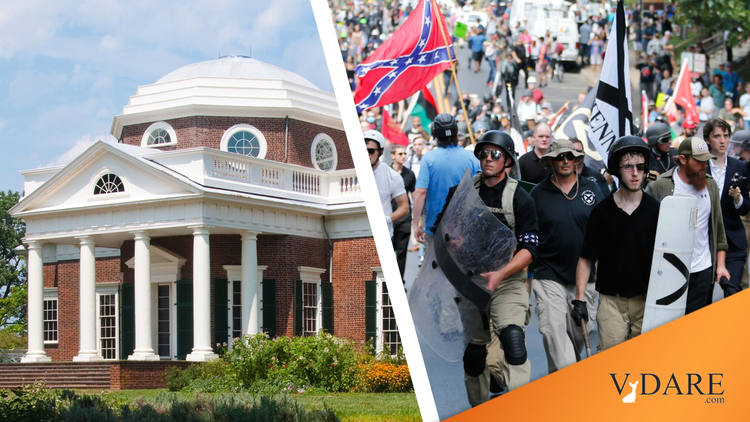 Earlier, November 2017: Sam Dickson’s Statement To Charlottesville Inquiry: “The Police Were Acting Under Orders. WHO GAVE THOSE ORDERS?”

Jason Kessler, original organizer of the 2017 Unite the Right rally in Charlottesville VA, has just scored a major win against the City of Charlottesville: he was awarded court costs after proving that the city had withheld key evidence. Kessler has followed up with a new law suit seeking the city to recover the evidence, possibly decisive in ongoing litigation. All of which is part of what VDARE.com has termed “Charlottesville Narrative Collapse.”  But Joe Biden’s handlers don’t seem to have told him yet.

For the record: VDARE.com had nothing whatever to do with UTR (although it was anyway deplatformed by the Tech Totalitarians at PayPal). But it nevertheless took the lead in exposing what, contrary to the Fake News, was obviously an attack by vigilante, uniformed, elected, useful idiot, media and robed Democrats on a lawful assembly. Of course, in 2020 this combination of Antifa violence, Democrat official complaisance and Main Stream Media cover-up has become all too familiar nationwide.

The first undeniable sign of Charlottesville Narrative Collapse: the November 24, 2017 Charlottesville Independent Review (aka the Heaphy Report) revealed that, instead of protecting the speech and assembly rights of protesters, black Charlottesville Police Chief Al Thomas ordered his police to “Let them fight.”

After the event ended in disaster, “Chief Thomas and other CPD command staff deleted text messages that were relevant to [the Independent Review].”

On the publication of the report, Chief Thomas was forced to resign.

Kessler is suing the city for failing to defend his rally. Citing language from the Heaphy  Report, Kessler used the Freedom of Information Act to request Charlottesville City Manager Maurice Jones’ text messages and emails from August 11-12, 2017. At the time (April 2019), the city claimed that they didn’t have any responsive documents. 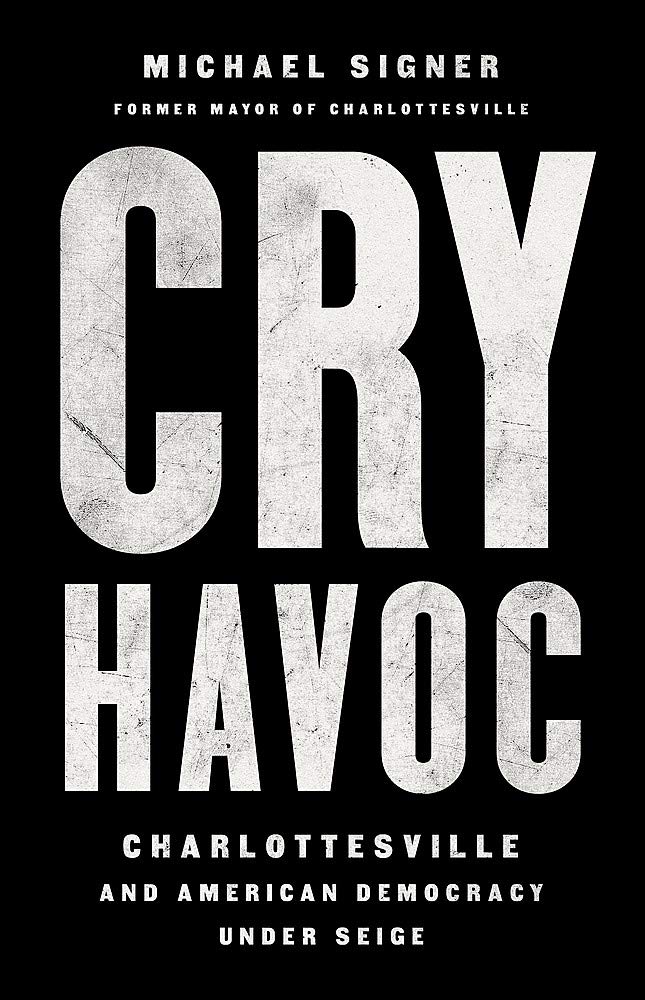 That turned out to be false. Hilariously, in March 2020, former Charlottesville Mayor Mike Signer [Tweet him] published a book, Cry Havoc: Charlottesville and American Democracy under Siege, detailing his experiences during the rally. In it, he described with unfortunate specificity the date, time and content of previously undisclosed text messages and emails he exchanged with City Manager Jones (these have been attached as exhibits to the Kessler lawsuits).[PDF]

See below, or see Chapter 21 of Cry Havoc. 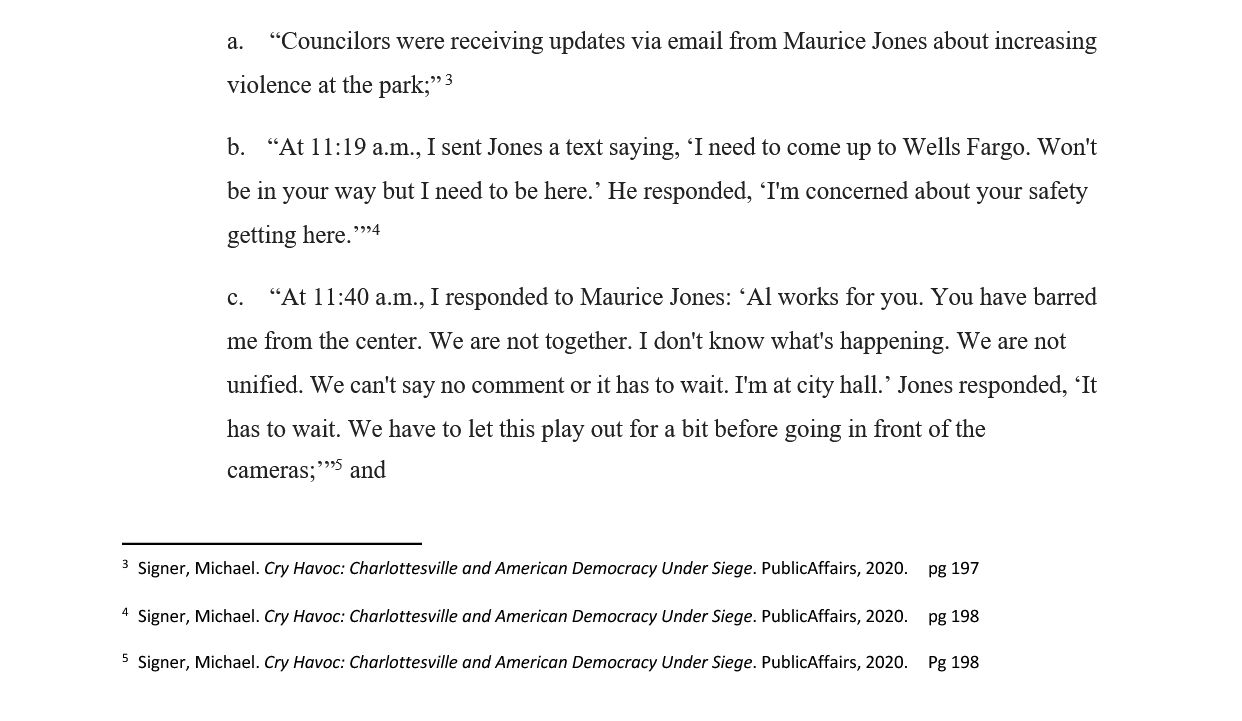 This formed the basis of the first Kessler Freedom of Information [FOIA] lawsuit, which was decided in his favor November 30.

Prior to trial, and in order to avoid a Writ of Mandamus (an order compelling government action), Charlottesville Communication Director Brian Wheeler sent Kessler 1,121 pages of previously unreleased e-mails and 38 pages of texts recovered from archives.

However, it turned out to be only a partial production, excluding many of the texts most likely relevant to the police stand-down orders. 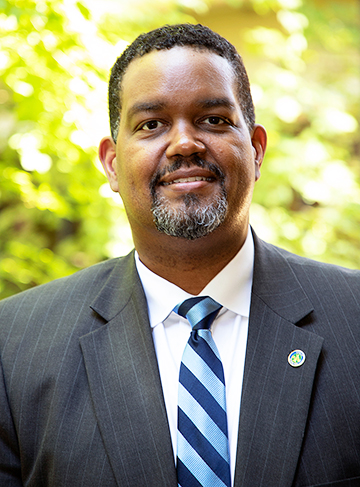 Shockingly, Wheeler admitted that the full production was impossible because “the cell phone issued to [City Manager Maurice Jones, pictured right] had been wiped upon his departure in 2018.” [Letter from Wheeler, November 24, 2020]

(Jones [Email him] is now the Town Manager of Chapel Hill, NC.)

On November 30, Judge Bobby Downer of the Charlottesville General District Court ordered the City to pay Kessler’s court costs for violating his FOIA rights. But Judge Downer demurred on delving into the destruction of documents issue, which he said had to be decided by the Circuit Court.

Accordingly, the new Kessler lawsuit renews his request for a Writ of Mandamus, this time seeking to compel the City to recover the destroyed documents by any means necessary, including hiring a forensics and eDiscovery firm to recover the data.

Also at issue are text messages from the City Manager Jones, who was in the “Unified Command Center” with Police Chief Thomas on August 12, 2017 and has also been sued by Kessler for the stand-down order.

At the very least, Kessler argues, he should be entitled to all peripheral information which would have been subject to FOIA, including which “CPD command staff” were on duty, which cell phone service provider they were using, etc.

The possibility that the text messages may still exist somewhere is suggested by the fact that an eDiscovery firm called Cognicion, LLC was hired by Charlottesville during the Heaphy Review. According to Heaphy, Cognicion

…coordinated with the City’s Department of Information Technology to directly obtain e-mails and electronically stored information for sixty-two City custodians. In obtaining these documents, [they] followed best practices in electronic document collection and maintained an appropriate chain of custody.

Cognicion LLC was owned by Hunton & Williams, the law firm conducting the Independent Review (they’ve since gone through a merger).

Not only are these communications around the time of Unite the Right important because of the historical implications surrounding them, but they are especially important because there are several legal cases that hinge on the production of these documents.

The Virginia FOIA requires that “the custodian of such records shall take all necessary precaution for their preservation and safekeeping.”

The Virginia Public Records Act mandates that all correspondence between city official be retained for a two-year minimum, that City Manager communications be kept “permanent(ly), in agency” and that all records destruction be approved and documented with the Library of Virginia using an RM-3 (Certificate of Records destruction forms which the Library claims they did not file).

Virginia code § 42.1-86.1 makes it illegal to destroy public documents while litigation is ongoing.

Of course, litigation on the Charlottesville Atrocity has been ongoing since August of 2017 until the present day. Upholding the Civil Rights of thousands of Americans is dependent on those messages. They are crucial for Kessler and others to defend themselves in other court cases seeking to blame them for rally violence.

It has been brought to my attention that…City of Charlottesville may not be properly following the General Schedules established by the Library of Virginia. The specific concern raised is that email pertaining to contact negotiations has been improperly managed and destroyed.

Given the unwillingness by the Charlottesville city government to hand over its communications during the Unite the Right rally, it’s very well possible that there are far more—and far worse—comments that the city officials made that could shine a light on the government’s role in stoking the violence during the rally.

Virginia FOIA mandates that the initial hearing on the new lawsuit be set for within one week of the initial filing.

Jolene McCarthy [Email her] is a political reporter in exile.