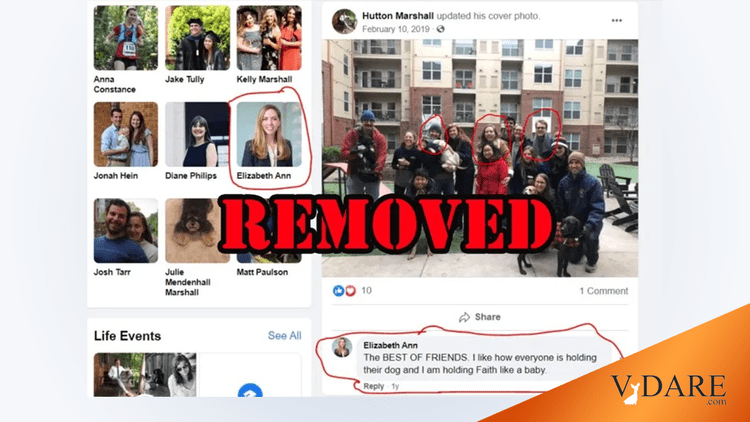 Jason Kessler has just put up this press release on his own site.

Law clerks Hutton Marshall and Joshua Lefebvre have just been removed from a lawsuit by Unite the Right organizers Jason Kessler and Matthew Parrott against the Charlottesville government for civil rights abuse and First Amendment violations from the police stand down.

It came to light that both clerks are associates of Elizabeth Sines, a left-wing activist suing the same Unite the Right organizers in a related lawsuit dealing with much of the same subject matter. In fact, Lefebvre was actually a material witness who met with Sines on August 12 after the rally while she was conceiving her litigation. Marshall also worked with Amy Spitalnick, executive director of Integrity First, the organization financing the Sines lawsuit.

Read the evidence against the clerks here: http://jasonkessler.us/2020/03/24/motions-filed-for-recusal-of-charlottesville-rally-clerks/

When lawyer Sam Dickson heard about this case, he commented

But it is a reality that they do write almost all decisions for the judges.

See also by Jason Kessler: Don’t Compare the George Floyd Riots to Charlottesville! (Oh, On Second Thought, Antifa Was Guilty There Too)