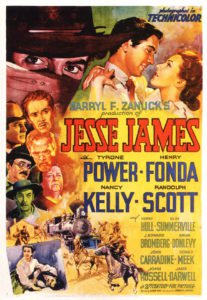 Until recently, Jesse James was an iconic righteous outlaw, stealing from corrupt banks and giving to the poor. Today, however, his Confederate and anti-Reconstruction sympathies have turned him from a Robin Hood to racist terrorist [Jesse James, by Ta-Nehisi Coates, The Atlantic, May 12, 2011]. The trope of the virtuous robber stealing from the vile bank persists, however, albeit with a different standard of virtue: black director Spike Lee’s Inside Man replaced former bushwhackers with a multiracial heist crew aligned with a Columbia law professor and carpetbagging bankers with a Nazi collaborator, the  robbery being  designed to have him prosecuted for war crimes. And the critically acclaimed Hell or High Water  continues this tradition, with its politics somewhere between Spike Lee and Jesse James—which makes it, oddly, Trumpian. [Acclaimed Movie ‘Hell or High Water’ Under Fire for Being Racist and Misogynistic, by Tom Teodorczuk, Heat Street, September 16, 2016]. 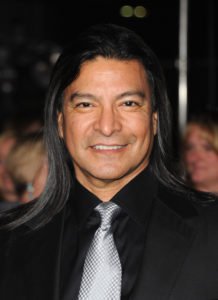 The film features the two Howard brothers—hot-headed career criminal Tanner and down-on-his-luck but genuinely decent Toby. The Texas Midlands bank had a reverse mortgage on their recently-deceased mother’s house, where oil was recently discovered. In order to ensure Toby’s estranged sons can escape the poverty that they grew up with, the brother’s rob several of the Bank’s branches to pay off the mortgage before the bank forecloses on it and takes all the oil money. Veteran Texas Ranger Marcus Hamilton, played by Jeff Bridges, and his half-Mexican/half-Comanche partner Alberto Parker (Gil Birmingham, who like the late David Yeagley, has genuine Comanche ancestry) pursue the brothers across Texas.

The Howards intentionally rob isolated branches, which highlights the downtrodden white working class living across West Texas. The townspeople, who hate the predatory bank, frustrate the Rangers’ efforts to catch the robbers.

With the working class supporting Trump and the bankers behind Hillary, many reviewers found Trumpian themes in the film.

Sympathy for the bank plunderers pervades this gun-toting, bravado-rich, anti-authoritarian microcosm of likely Trump voters. The writing is on the wall, literally, with graffiti in the opening shot declaring: “Three Tours in Iraq But No Bailout For People Like Me.”

Heat Street’s Stephen Miller describes the towns the movie portrays are “the America Donald Trump speaks about at his rallies when he’s firing up the forgotten working and non-working classes with talk of a ‘rigged system’ and a failed economic recovery” [REVIEW: ‘Hell or High Water,’ The Best Film of 2016, is Donald Trump’s America On the Big Screen, August 22, 2016]

The truth about these dysfunctional, downscale communities is that they deserve to die. Economically, they are negative assets. Morally, they are indefensible. [ The Father-Führer [National Review, March 28, 2016]

But Hell or High Water does not portray these communities as such. The only mention of any drug problems are the Rangers arguing over whether the robbers were meth addicts. Instead, it places all the blame on the banks.

Whenever the brothers drive to a new town, there’s a billboard advertising debt relief or reverse mortgages. Alberto waxes poetically about how his people once owned all the land “until the grandparents of these folks [the local geriatrics] took it, and now it’s been taken from them. Except it ain’t no army doing it, it’s those sons of bitches [the banks].”

In reality, the Comanche only arrived in Texas a few decades before the Europeans—enabled by horses descended from those originally introduced by Europeans. Furthermore, as a half-Comanche, half-Mexican, Alberto’s “people” were at war with each other, with Comanche eventually aligning with the Texans against Mexico in the Comanche-Mexican Wars. [Indians, Handbook Of Texas Online]

While I’m no fan of bankers, the idea that they profit by destroying working class communities through predatory lending is absurd. Banks almost always lose money on foreclosures. Indeed, the film’s entire economic premise makes no sense. If the Howard ranch would generate $600,000 a year in oil, the brothers could easily have found someone to give a loan to pay off their $42,000 debt before the property was foreclosed. Furthermore, even if the bank foreclosed on the property, it is legally required to mitigate damages—in other words, the bank would only be able to recover the debt from a foreclosure sale and the excess profits would go to the Howards.

I’m happy to grant Hell Or High Water poetic license—but not for any larger message about the financial system or karma for past treatment of Mexicans and Indians.

The film, needless to say, does not suggest that immigration may have something to do with the problems facing the white working class in Texas. Besides Alberto Parker’s historically absurd meditation, the closest the issue comes up is Hamilton making very mildly Politically Incorrect barbs against him—mostly of the “Mexicans like soccer” variety. The film does not expect you to support this behavior, but you are not supposed to hate Hamilton for it. As the director, David McKenzie, explained,

“The casual racism was one of the elements of Taylor [Sheridan’s]’s script that makes it come alive. We sometimes felt awkward with it, but I was very keen not to soften it. What is interesting for me there is an arc to it where what starts as offensive becomes increasingly affectionate and the way that Alberto takes it on the chin and tries to get his own back becomes central to the tough love of their relationship.”

Ten years ago, Hell or High Water would be viewed as a typical Left-wing movie. However, just as Jesse James went from Robin Hood to a Racist Hooligan, the bien pensants have turned the white working class from the heroic proletariat to privileged racists.

And portraying them with some level of empathy is now Trumpian.