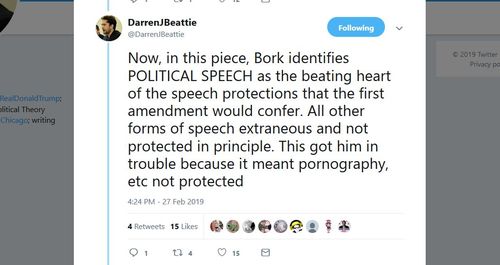 See, earlier, by Charles Johnson: A Twitter Road To Redemption? My Open Letter to @Jack and @JoeRogan

Congress addressed tech censorship in two very different hearings last week. One was a totalitarian threat to Americans’ freedoms—and one hinted at how they can be protected.

The Democrat-controlled House Judiciary Committee hosted a hearing on “white nationalism” clearly designed to agitate for more censorship. Democrats and Hate “experts” a.k.a. CultMarx Enforcers both questioned tech representatives on why their companies don’t censor enough “hateful” content. The Enforcers also wanted the government to aid in the crackdown on “white nationalism.” The tech reps insisted they are doing all they can to censor content that e.g. the Anti-Defamation League doesn’t like.

The other hearing was less depressing: the GOP-controlled Senate Judiciary Committee looked at the problem of tech censorship and what can be done to address it. 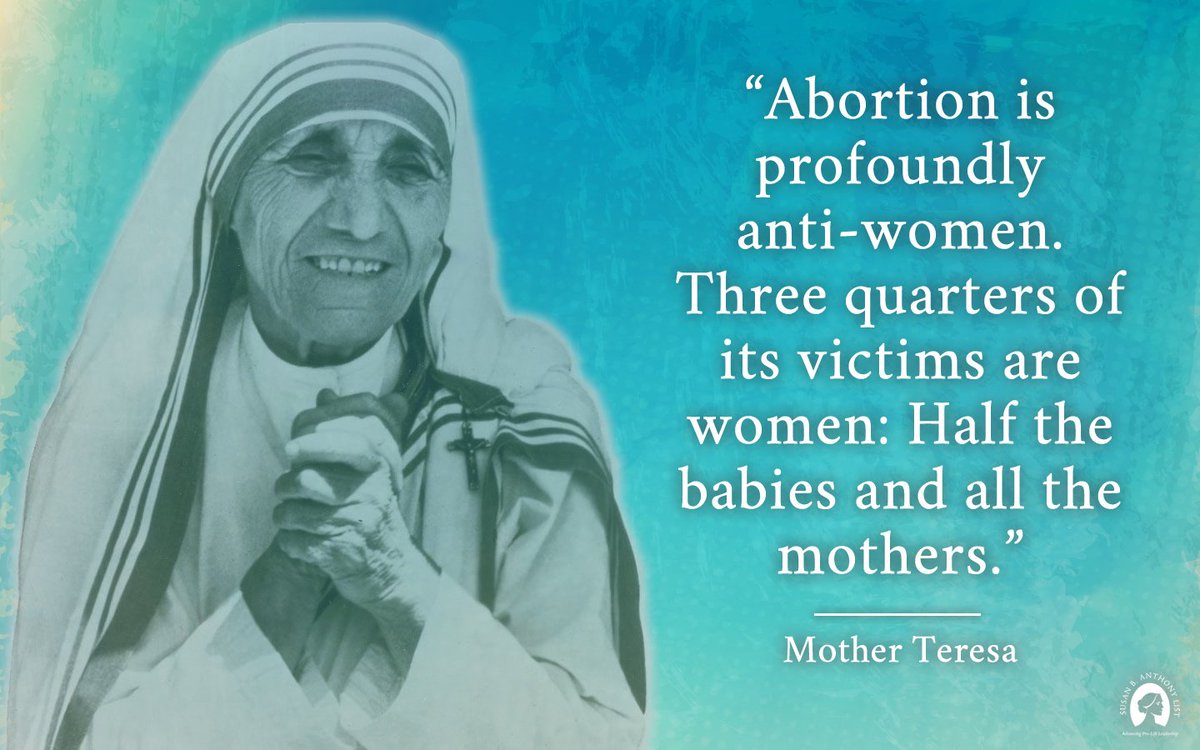 Hilariously, Cruz asked Twitter’s representative, white Hispanic  Carlos Monje Jr., whether the platform considers itself a neutral political forum and why it censored a pro-life quote from Mother Theresa:

Cruz: There have been multiple instances of, in particular pro-life groups, being disfavored. For example, here is a tweet that says, ‘Abortion is profoundly anti-women,’ and it’s a quote from Mother Theresa, and this tweet was blocked. Now it is fairly remarkable that Mother Teresa is now deemed hate speech. Do either of you agree with the proposition that Mother Teresa is issuing hate speech.”

Cruz: “Is this hate speech?”

Cruz: “You’re very good at not answering questions. Is this hate speech?”

Monje: “I, uh, every, every tweet, uh, has context behind it, and every decision that’s made… Um, I can tell you we have actioned accounts on both sides of this debate, including tweets by pro-choice groups who have said that everyone who is pro-life is misogynistic. There are many pro-life groups that advertise on our platforms, currently in good standing, and advertisers across the board, whether they’re selling soap or NFL, sometimes have advertisements that are caught in our systems.”

Missouri’s Hawley also grilled Twitter’s Monje (a former Obama Administration official) on whether the company would comply with a “third-party audit of potential [political] bias.” Twitter’s rep simply ignored the request and instead lyingly claimed the company is committed to free speech: “The notion that we would silence any political perspective is antithetical to our commitment to free expression.” [Twitter Punts After Being Asked Whether It Will Submit To Political Bias Audit, by Chris White, The Daily Caller, April 10, 2019]

Hearteningly, the Senate hearing certainly showed that some Republicans want to tackle Tech Totalitarianism. ““Not only does Big Tech have the power to silence voices with which they disagree, but Big Tech likewise has the power to collate a person’s feed so they only receive the news that comports with their own political agenda,” Cruz said in his opening statement.

All the ideas proposed at the hearing—bias audit, Section 230 amendment, etc.—were good. But there is another idea that may solve the deplatforming, censorship, and economic intimidation against the Dissident Right: extending anti-discrimination laws to cover political views. This is a Big-Picture idea that would cover all the hassles dissidents face and fully protect political speech.

The scope of what these laws may cover isn’t clear cut. But they have been tested in a few states. [Can private employers fire employees for going to a white supremacist rally?, by Eugene Volokh, The Washington Post, August 16, 2017]

The Louisiana Court of Appeal has ruled its state’s ban protects employee political activity even if it can be proved to hurt a company’s business. As Volokh points, out "this is consistent with other antidiscrimination laws"—no employer can get out of hiring racial and religious minorities on the ground that it's bad for business.

California’s Unruh Act bars businesses from discriminating against patrons over politics. In 1988, four actual neo-Nazis won a civil rights case in California that upheld their right to wear swastika pins in a restaurant. They were told to leave a German restaurant over the pins, leading to a scuffle and the arrests of the would-be patrons. The court ruled that the restaurant violated the First Amendment and the Unruh Act in trying to eject them. The restaurant owners argued that they did not discriminate against neo-Nazis—just against outward signs of National Socialism like swastika pins. But the court found this still violated the Unruh Act. [4 Ejected From Cafe for Wearing Nazi Pins Win Civil Rights Case, by David Ferrell, Los Angeles Times, March 11, 1988]

The American Civil Liberties Union, which represented the Nazis (!!!), declared the case a victory for their cause: “When a symbol is representative of a creed, albeit a despicable creed, it is necessarily protected," ACLU attorney Carol Sobel said at the time.

“The Unruh Act's protected classes include men with long hair, John Birch society members, ACLU members, and Holocaust deniers, all of whom are deemed protected against any ‘discrimination’,” lamented the libertarian Competitive Enterprise Institute in 2007. [Ambushed by the Unruh Act, by Hans Bader, July 9, 2007]

They’re right, it does. But this is where we are.

And California’s expanded list of “protected classes” does provide a possible model for the Dissident Right to fight back against censorship and corporate persecution. Former Trump speechwriter Darren Beattie, a martyr for the cause, offered this idea as one of two possible approaches in the anti-censorship fight. He called it the “Identity Politics approach.”

“This ‘political orientation as protected class’ could help to protect against some of the most Orwellian possibilities of being closed out of the economy because of one's political beliefs,” he tweeted further. “One couldn't be denied service by a restaurant, a bank, UBER.” 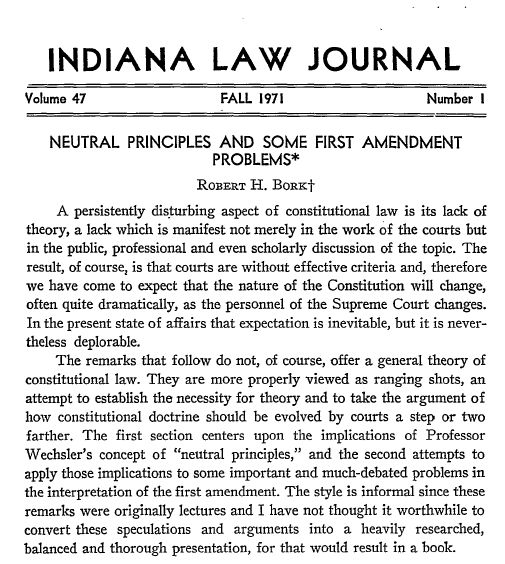 Beattie argued this approach is justified by recent Hate Crimes against Trump supporters, such as the Covington Catholic controversy and the Jussie Smollett hate hoax. He argued it’s more likely that Trump supporters face more discrimination than traditional protected classes.

“[T]his acknowledges... that the biggest tech platforms are indeed integral to precisely the kind of POLITICAL free speech whose protection in practice animates the core purpose of the first amendment,” Beattie says.

But the Identity Politics approach is more concrete and is already exemplified in California and other places.

The Dissident Right’s censorship problems are, outrageously, not limited to social media platforms. We need wider protections to ensure dissidents are not punished for their political speech. Patriots can still be denied service, fired from jobs, barred from bank accounts, and denied loans, because of their political views.

An amendment to Section 230 of the Communications Decency Act won’t resolve these problems. As more Trump supporters and patriots pay the price for their political and religious views, Republicans must take action to ensure their supporters are protected. Anti-Discrimination law is the best option to accomplish this.

The First Amendment is pointless if you can lose your job, your house, your access to social media, and your bank account because of your political views.