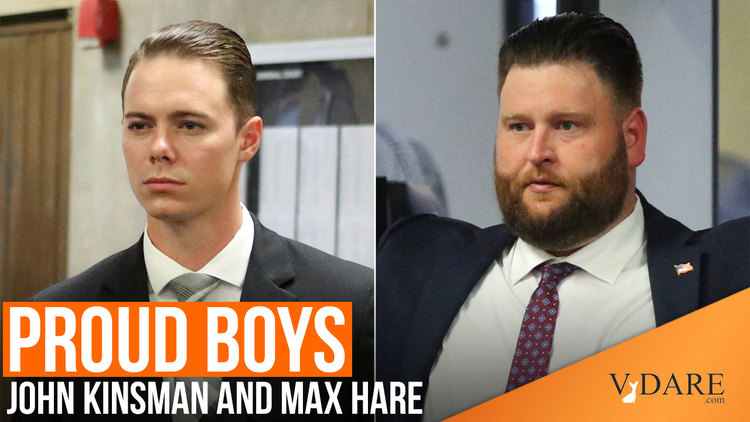 A governing principle of the Democratic Party is to ask, “Who is in the dock?” before deciding whether to enforce the law.

As we have seen throughout the last year of antifa/BLM riots, in blue states, it’s now legal to commit arson, attempted murder, assault on a law enforcement officer and destruction of property—provided the perp is antifa or antifa-friendly. Andy Ngo’s smash bestseller Unmasked gives chapter and verse on antifa’s shocking violence untouched by criminal penalty.

On the other hand, if you’re a conservative, don’t commit a misdemeanor in a blue state. Proud Boys, Capitol Hill protesters, police and other presumed Trump supporters are getting more prison time than actual murderers for minor infractions. Even a couple of personal injury lawyers (liberals) are being criminally prosecuted in St. Louis for brandishing guns at violent looters coming toward their home. The rioters, you see, were BLM protesters.

In all these cases, local Democratic officials gleefully announce that they are locking up “white supremacists.”

Prepare yourself for a lot of witch-trial hysteria in the upcoming trials of Derek Chauvin in Minneapolis and the Capitol Hill trespassers in Washington, D.C. We’ve already seen it with the Proud Boys in New York City.

In a nation of laws, a crime is a crime, and it shouldn’t matter whether it’s committed by Mother Teresa or Charles Manson, but, as long as they brought it up, OF COURSE THE PROUD BOYS AREN’T “WHITE SUPREMACISTS”!

At least in the witch trials of the Middle Ages, you could prove you weren’t a witch by drowning after being tied up and heaved into a nearby body of water. Today, the “white supremacist” hex is indelible. The accusation is the proof. And once accused, stay out of the blue states, or you might end up in prison.

In 2018, the night before Proud Boys founder, Gavin McInnes, was scheduled to give a speech at the Metropolitan Republican Club on the Upper East Side of New York, antifa smashed the windows of the historic club with a brick, glued the lock, and spray-painted the anarchist “A” on the front door of the club’s townhouse, along with a threat that this destruction was “merely a beginning.” All that’s legal, too—provided it’s done by antifa.

The day of the speech, 80 masked antifa goons showed up at the club to attack attendees—women and children, young and old. But unfortunately for antifa, the event was being protected by the Proud Boys. McInnes’ speech went off without a hitch, and no attendees were injured at the event.

When it was over, New York police officers directed the Proud Boys to Park Avenue, and sent antifa in the opposite direction to Lexington. The Proud Boys followed orders, but a gang of six masked antifa circled around from Lexington over to Park to confront them, including, in antifa’s manly way, throwing a bottle of urine at them.

The same thing happened a few blocks south. Again disobeying the police, another group of antifa cut over to Park Avenue to fight with the Proud Boys. They, too, received a solid ass-kicking.

So who was arrested? Ten Proud Boys and not one antifa. Oh darn. We couldn’t catch them. (Hey, NYPD! Send the Proud Boys next time.)

The police did manage to arrest three antifa thugs who followed one speech attendee leaving the event, punched him and stole his backpack. But it turns out that’s also legal in New York. The antifa were arrested for the violent attack … then immediately released with no charges.

The governor and attorney general of New York, the New York City mayor and a slew of council members rushed to social media to denounce the Proud Boys for “hate” and vow to prosecute them—for protecting Upper East Side Republicans who went to a speech. McInnes is funny, and if there’s one thing leftists cannot abide, it’s a sense of humor.

Gov. Andrew Cuomo tweeted: “Hate cannot and will not be tolerated in New York,” along with a brain-deadarticle from Buzzfeed News titled, “Members of a Far-Right Men’s Group Violently Beat Up Protesters and Weren’t Arrested. New York Police Won’t Say Why.” They’re WHITE, aren’t they? No? Well, they’re REPUBLICANS. Arrest them!

Yes, you are correct: This was the same district attorney, Cyrus Vance, who allowed Harvey Weinstein and Jeffrey Epstein to rape and molest young girls in his jurisdiction for years and years. But those guys were major Democratic donors, so no harm, no foul.

A third Proud Boy was headed to trial along with Kinsman and Hare—until the prosecution noticed he was East Indian and his presence would have hurt the narrative that Proud Boys are “white supremacists.”

Just no one mention Kinsman’s black wife and children. (And thus Democrats deprived three more black children of a father during their formative years.)

Much of the testimony elicited by the prosecutor, Joshua Steinglass, concerned the defendants’ non-PC beliefs, e.g.: Kinsman’s support for guns, his opposition to antifa, and his attendance at a “fake news” protest outside CNN. Steinglass actually presented evidence of McInnes’ jokes from his comedy show. Inappropriate laughter in a blue state will be prosecuted to the fullest extent of the law!

What on earth does any of that have to do with whether Kinsman and Hare committed a crime at Park Avenue and 82nd on Oct. 12, 2018?

Nothing. In the blue states, there is no rule of law, only rule by left-wing lunatics.