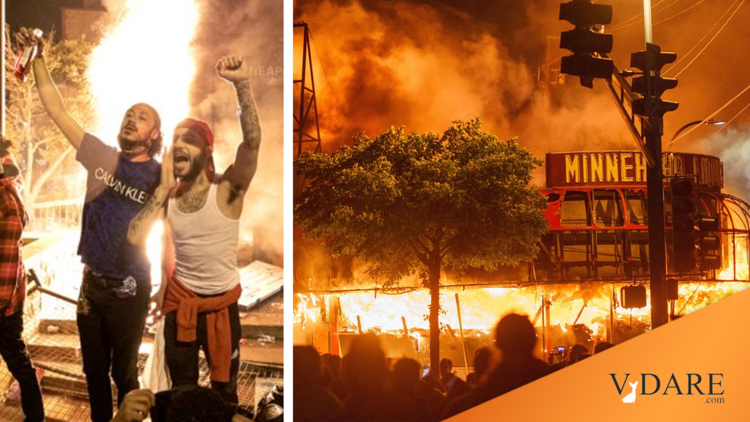 Trump: What's the Matter with Minnesota?

To mourn George Floyd, BLM and Antifa rioters backed by the Democratic leadership of Minnesota burned down much of business districts of Minneapolis. Similar but but not quite as expansive wanton destruction was wreaked upon the Wisconsin cities of Kenosha, Madison, and Milwaukee. But the Democratic nominee Joe Biden, who ran a personality-free campaign from his basement, wound up eking out a narrow win in Wisconsin and a sizable win in Minnesota, much bigger than in 2016.

One analyst attributes this to a difference in cultural preferences between two types of seemingly similar white Protestants of working and middle class status: British vs. Germanic-Nordic. The latter don’t like the former’s tradition of braggadocio, which goes back to Andrew Jackson and before.

Trump carried much of Andrew Jackson's coalition of Southerners and Northern working class, although, in his boastfulness and American folk hero appeal, he reminds me of Davy Crockett, who was a Whig foe of Jackson.

Boastfulness is a big part of British-American deep folk culture: see the tales of Davy Crockett and Mike Fink, an Ohio keelboat operator around 1800.https://t.co/az06c0QtrR pic.twitter.com/V6tW6M25Fi

Now Southerners are of course Protestants too, but not really in the European sense. The religion is too loud and charismatic; it has too much personality for a Scandinavian or a German to feel comfortable. It’s fundamentally a Protestant spinoff.

Minnesota was the only state lame enough to vote for Rubio. Iowa and Wisconsin went for Cruz and Ohio was a Kasich victory with Trump winning all the Southern, Appalachian counties with lots of Old Americans.

I can’t find a line from a Garrison Keillor short story about a Minnesota minor league baseball announcer who confides in the young G.K. to the effect that “Norwegians refuse to be entertained.”