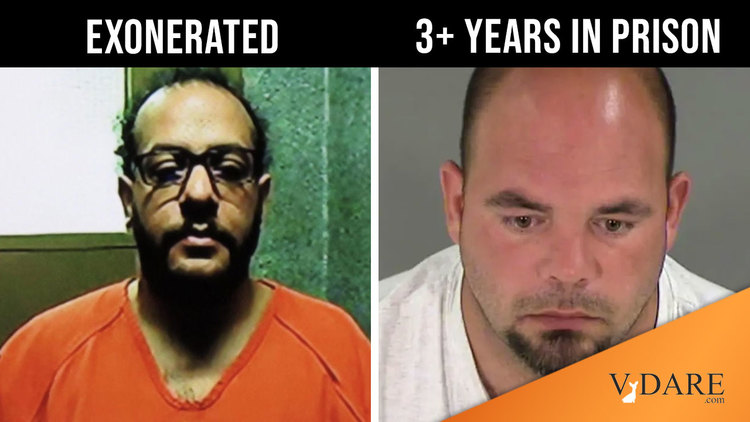 Unequal Justice: "KKK" Driver Sentenced To 3+ Years With No One Hurt, Antifa Who Ran Down Shane Moon Not Charged

Earlier: From Kyle Rittenhouse To Michael Flynn, We’re In Third World Post-America. And There’s No Rule Of Law

A white man alleged to be a member of the "KKK" (there's no copyright on the term, and any local group can call themselves the KKK, although I wouldn't, see below) has been sentenced to 3 years and 8 months in jail for driving through a mob of protesters without hurting anyone:

K.K.K. Member Who Drove Into Protesters Gets More Than 3 Years in Prison, by Azi Paybarah,  NYT, February 9, 2021

A member of the Ku Klux Klan who drove his pickup truck through a crowd of Black Lives Matter protesters near Richmond, Va., last year while his girlfriend’s teenage son was in the vehicle was sentenced on Tuesday to three years and eight months in prison, officials said.

The man, Harry H. Rogers of Hanover County, Va., drove his truck through the crowd of protesters in Henrico County on June 7 and was arrested later that day while he and others were monitoring another group of protesters about two miles away in Richmond, according [sic] Lieutenant J. De Groft, a spokesman for the Henrico County Police Department.

No one was seriously injured in the episode. Mr. Rogers drove over one man’s toe and twice struck one woman who had stepped in front of the truck, according to The Associated Press.

Before Mr. Rogers’s arrest, he had bragged about his actions on social media. “This Chevrolet 2500 went up on the curb and through the protest,” he said in a Facebook live video played in court last week, The Richmond Times-Dispatch reported. “It’s kind of funny if you ask me.”

George Townsend, a lawyer for Mr. Rogers, told the court that his client had been “born into” the K.K.K., The A.P. reported. Mr. Townsend did not immediately respond to telephone and email messages late Tuesday night. Shannon L. Taylor, the Henrico County commonwealth’s attorney, had said that Mr. Rogers admitted he was a “leader of the Ku Klux Klan and a propagandist for Confederate ideology.” [More]

Compare this with the law enforcement response to Antifa activist Charles Holliday-Smith, who deliberately ran down a Patriot Prayer member named Shane Moon, putting him in the hospital with brain injuries. He wasn't charged at all.

An Antifa activist named Charles Holliday-Smith had been harassing some Proud Boys who were standing smoking in a parking lot. Then he got into his own vehicle and drove off.

As he did so he hit one of the Proud Boys, Shane Moon. Moon wasn't killed, but he suffered brain damage. Holliday-Smith was arrested and then released on $100,000 bail. 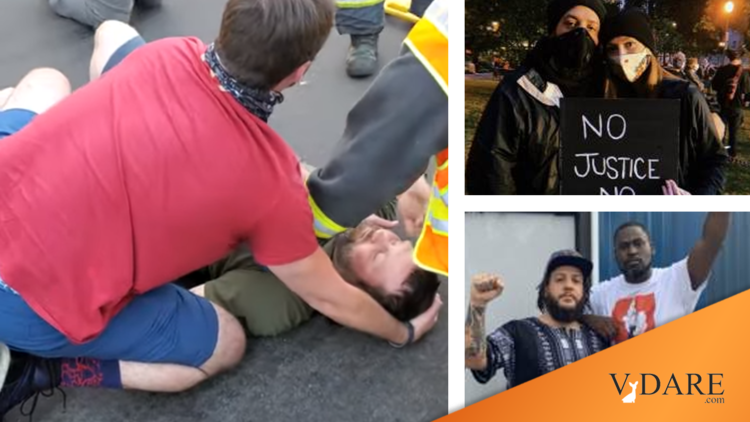 Now we've heard that Holliday-Smith has been exonerated with no charges filed, pending further investigation. His bail has also been exonerated, whatever that means [Prosecutors Decline to Charge Black Lives Matter Militant Who Ran Over Proud Boy in Washington,  by Cassandra Fairbanks, Gateway Pundit, December 22, 2020].

On the other side, however, Fields was plainly in fear for his life; there's no evidence that Holliday-Smith was.

The difference, in other words, is Who? Whom?