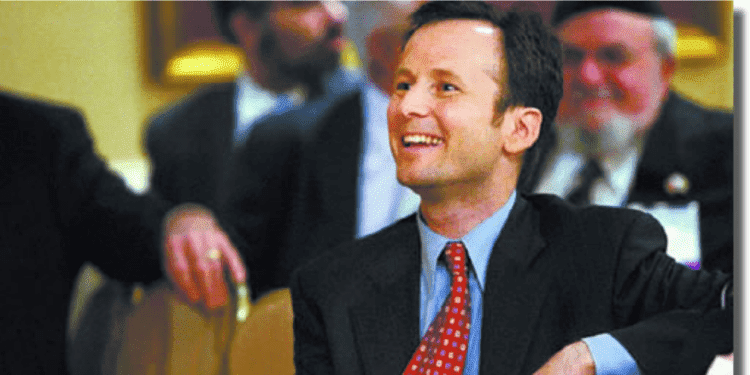 It's really interesting that Brog says that he's "very proud" of his (supposed) relation to Ehud Barak. Among Israelis, Barak is widely considered the worst prime minister in the history of the country, a man who was elected only due to a lot of work by the Clintons and who ended up having the shortest tenure of any (non-interim) PM. This is as opposed to Bibi, who one day this week—the exact day is debated—will have surpassed Ben-Gurion as the longest-serving PM.

Barak has a fine military record—he is one of the most decorated soldiers in Israeli history—but as is often the case, a bad later political career can erase that in people's minds.

It's always fun to pile on Barak. Here are two stories from this week:

Ruh-ro. You could read the credit card number, expiration date included, clear as day. The jokes came fast and furious: "Barak has a 2.3 million credit line! Come and get it!" "Ah, "Mr. Security" can't keep his own credit card secure." Barak had to immediately cancel the card. Boo-hoo.

Back to Brog, though, I really found his reported remarks distasteful, to say the least. You cross an ocean to another country, stand in front of its people (to which, ethnically, you don't belong), and tell them what to think? As Jews like to say ironically, I thought we were supposed to be smart. Ha!