Ann Coulter: Hollywood Is Not Sending Its Best

America’s apparently unstoppable gusher of mass Third World immigration is on track to deliver a sick, dystopian future, where some people will do very well—cheap maids and all—but women and children will fare quite poorly.

With the major media actively covering up the crimes of immigrants, and big tech companies censoring people who point out the peculiarities of other cultures, there seems to be a major campaign on to prevent Americans from noticing.

Luckily, we have “Law & Order” to tell us the truth—technically to prompt me to tell the truth by correcting their scripts, in which sex traffickers, little boy rapists and women-hating mass shooters are invariably Trump-supporting white American males.

Beautiful actors and actresses spout dialogue written for them by “queer Jewish feminists”—according to one writer’s self-description in response to my recent “Law & Order: SVU” column.

I had pointed out that sex traffickers of 9-year-old illegal alien girls—while prevalent in our new “diverse” country—have never, ever, ever been what the show advertised: married white American businessmen.

“I could not be more proud that ann coulter hates an episode of TV that I wrote. Nothing makes my heart sing like a fuming racist all-capsing about the progressive messaging she cannot stop due to her eternal and total irrelevance.

"A half French, queer, Jewish feminist” 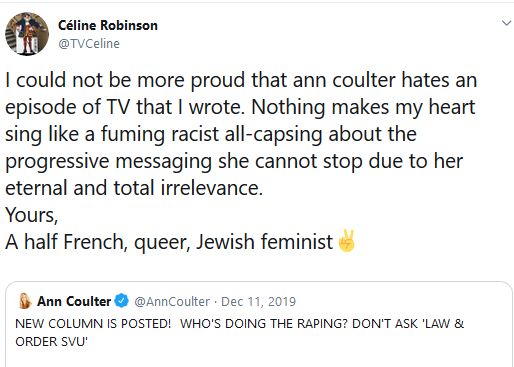 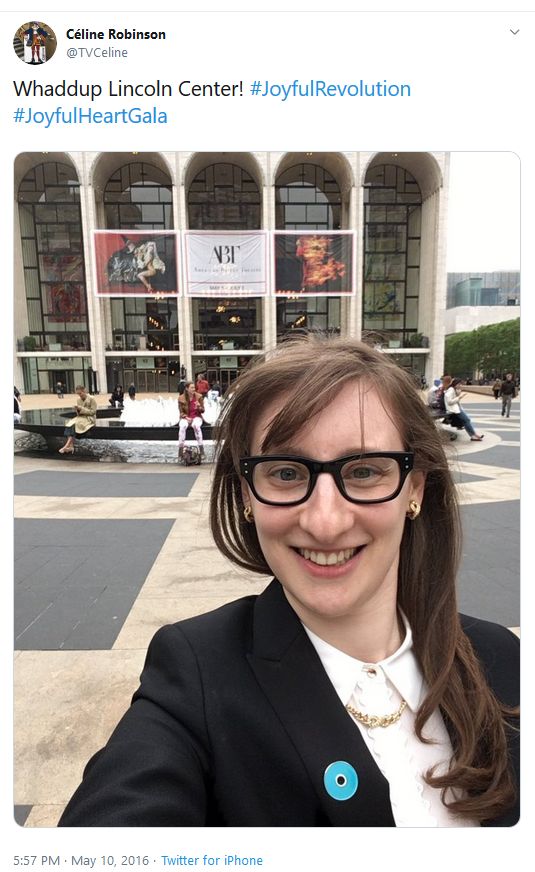 Today, I will review another totally believable episode, from Season 20, titled “Man Up/Man Down.” In this show, a blond, blue-eyed married American man anally rapes his teenaged sons when he takes them ... hunting. Yes, hunting. The only thing missing was the MAGA hat.

Checking my research on child rape in America, I see this has happened NEVER.

To the contrary, American men who look a lot like "Law & Order’s" idea of a pedophile came home from Afghanistan sickened by the boy-rape frenzies of our dear Afghan “allies.”

I don’t know what we’re supposed to be doing in Afghanistan at this point, but apparently stopping child rape was never on the agenda. Our own troops were ordered not to interrupt the Afghanis' boy-rape bacchanals.

Even the left-wing (but not “Law & Order: SVU”-level dimwitted) Guardian (in the U.K.) has written about the gusto for boy-rape in the Arab world:

“[M]en who sodomise young boys are not considered homosexuals or paedophiles. The love of young boys is not a phenomenon restricted to Afghanistan; homosexual pederasty is common in neighbouring Pakistan, too.”

Numerous documentaries have covered Afghanistan’s practice of “bacha bazi," or “boy play.” This includes such “fuming racist all-capsing” productions as Vice Media’s “This Is What Winning Looks Like” and Najibullah Quraishi’s “The Dancing Boys of Afghanistan.”

In the Vice Media documentary, after a young boy is shot trying to escape his indigenous sodomizer, a U.S. Marine demands that the barracks be searched and any Afghan policemen hiding children be tried and jailed.

The Afghan police chief replies: "[The boys] like being there and giving their asses at night." He demands of the U.S. Marine: "If [my commanders] don't f*ck the asses of those boys, what should they f*ck? The p*ssies of their own grandmothers?”

In the brain of a “queer, Jewish feminist,” the thought process is: I personally don’t enjoy this perfectly traditional, masculine, Anglo-Saxon sport of hunting; therefore, I will portray American male hunters as butt-raping their own sons.

“Toxic masculinity” today: Dads don’t show up to their sons' soccer practice in time because they’re too busy working 60 hours a week to put a roof over their families' heads.

“Toxic masculinity” tomorrow: Dads demand the right to anally rape little boys—else they “f*ck? the p*ssies of their own grandmothers."