Treason To What? I'm With The Russians, They Hate Us Less Than The Media Does! 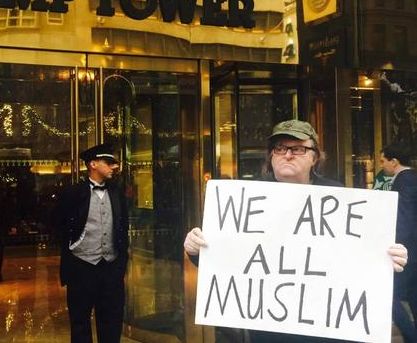 “Traitor!” screamed Keith Olbermann after Donald Trump fired FBI Director James Comey, though Olbermann himself was calling for Comey’s resignation months ago. [Olbermann: Yates An ‘American Hero,” Trump A ‘Traitor,’ by Amber Athey, Daily Caller, May 9, 2017]  Protesters scream the president is a “traitor” at public rallies [‘Trump is a traitor!’ Protester forcefully removed from president’s Harrisburg rally, by Christian Alexanderson, PennLive, April 29, 2017]. Michael Moore has been calling Trump a “Russian traitor” practically since he was inaugurated [Michael Moore to Trump: ‘Vacate you Russian traitor, by Nikita Vladimirov, The Hill, February 14, 2017]. 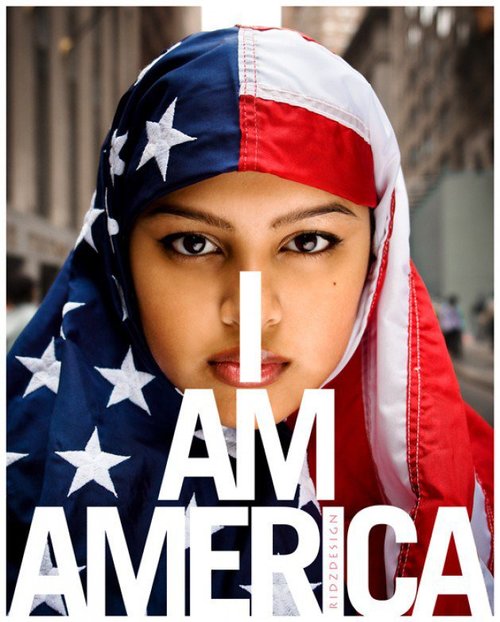 Of course, this begs an obvious question. Traitor to what? In an “America” which no longer has a definable culture, language, ethnos, history, identity or rule of law, what is there left to betray?

The open celebration of what any other generation would have called “treason” reveals how fully self-discrediting the Russian “interference” narrative is.  John Harington famously quipped: “Treason doth never prosper: what’s the reason? Why, if it prosper, none dare call it treason.” The “Russian interference” narrative is false because the fact it can be loudly denounced without being shut down for being the equivalent of “racist” or “xenophobic” shows Russia isn’t very powerful within our government and society.

In contrast, our government and media seem to not only tolerate openly subversive or even hostile actions by foreign governments against the United States, but celebrate them.

To criticize any of these countries, or to suggest dual loyalty on the part of their supporters in this country, is political death. Of course, that is because such dual loyalty is sufficiently strong that it is dangerous to broach the topic.

Indeed, for some in our Congress, dual loyalty would be a massive improvement.

The only reason we can’t call men like these traitors is because there’s no evidence they ever considered themselves Americans in any meaningful way. What could be more ridiculous than considering Chuck Schumer “a fellow American” with some imaginary “common interest” he shares with me?

Or take certain Main Stream Media figures. Bill Maher wants Democrats to ask if you are with “us or the Russians”. [Maher: I want Democrats to say “You’re Either With Us Or With The Russians,” by Ian Hanchett, Breitbart, May 12, 2017]  Maher naturally delights in Open Borders for America and the replacement of our own population, but has spoken in the past about how “Israel faces the problem of becoming a minority Jewish state within their own country”. [Bill Maher on Israel, uncut and uncensored, by Danielle Berrin, Jewish Journal, November 29, 2017]

It’s not double loyalty; that would be giving Maher too much credit. And it’s not treason, because Maher just isn’t part of my people, by his own standards. When Bill Maher refers to “us,” I know that doesn’t include me or my readers, and I know “the Russians” hate me a lot less than he does.

I’m with the Russians.

After all, “treason” requires not just providing “aid and comfort” to a foreign nation, but to an enemy. Why exactly is Russia an enemy of the United States?

Of course, there is a Trump associate who has disturbing ties with a country doing just that. The main focus of the investigation into “Russian collusion” is focusing on former National Security Advisor Michael Flynn. But Flynn’s strongest ties to a foreign power seem to be increasingly extreme and anti-European Turkey of the autocrat Recep Tayyip Erdoğan. Incredibly, Flynn even wrote an editorial demanding more support for Turkey on election day itself. [Our ally Turkey is in crisis and needs our support, by Michael Flynn, The Hill, November 8, 2016]

As Turkey is quite openly facilitating the migrant invasion of Europe and helping ISIS, there’s a far better case to claim our NATO “ally” is a threat than Russia. And yet Flynn’s ties to Turkey go all but unmentioned outside evangelical Christian websites [Best-selling author predicted Flynn’s departure, WND, February 14, 2017]. The MSM is utterly indifferent to Flynn’s ties to Erdogan, even when they seem to be utterly dedicated to destroying General Flynn personally.

Part of it simply could be the defense industry and the “Deep State” need an enemy with a powerful conventional military to justify their wealth and power. As it can’t be China (that would be racist), Russia will do.

The real reason Russia is hated is because it is a media threat. Russia is funding, or at least is tied to, several alternative media sources such as RT, possibly Wikileaks, Sputnik etc. Contrary to MSM claims, RT is hardly friendly to the “Alt-Right,” instead promoting progressive hosts such as Thom Hartmann. But there is at least a slightly different point of view than the monolithic Narrative promoted on every late night comedy show, network news broadcast, cable news broadcast, newspaper headline, and Establishment website [The Hard Road For Putin, by Gregory Hood, Radix, July 22, 2014].

There is also an undeniable, and openly articulated, sense of racial hatred expressed against Russians by Jewish members of the media. Russians are hated both as a specific ethnos and as a white nation which does not seem to be fully committed to “our values,” which, as defined by Weimerica’s journalist class, consists of various forms of degeneracy. [Welcome to Weimerica, by Ryan Landry, Daily Caller, May 5, 2017]. John Winthrop’s “City upon a Hill” we are not.

It’s not just idiotic but obscene that the same journalists gleefully involved in deconstructing the American identity now demand Middle America rally round the flag out of some misplaced Cold War nostalgia. Needless to say, these same journalists loved Russia back when it was Communist and killing millions of Orthodox Christians.

For immigration patriots, it’s especially obnoxious because the eradication of the American identity is a result of mass immigration. And immigration is more important than every other issue for two reasons.

Ignoring immigration ensures no problem can ever be solved; indeed that every problem consistently gets worse.

To take just one example, Americans are sent all over the world to die because “we have to fight them there so they don’t come here”; and then our government goes out of its way to bring terrorists here. And of course, as more problems are imported, the managerial class obtains more power to govern social relations and its own power grows. This is why it is hard to believe those who support Open Borders are actually working to defend the national interest in good faith.

But the second reason is even more important:

And even citizenship means nothing, The MSM constantly promotes Jose Antonio Vargas and his illegal friends or the protesters who parade under foreign flags not just as “Americans” but as people somehow more American than us.

It’s a strange definition of patriotism where wanting peaceful relations with Russia is “treason” but banning the American flag in public schools because it might offend Mexicans is government policy.

Naturally, Leftist intellectuals and the reporters who parrot their ideas do have some vague idea of “American” identity—that of a “proposition” or “universal” nation which exists only to fight a global struggle for equality [Superpowers, by James Kirkpatrick, NPI, June 24, 2013].

But can you betray a “proposition nation?” How exactly does someone turn against a “universal nation?”

Actually, you can. If you are part of the historic American nation, one of those European-Americans who actually think of this country as a real nation with a real culture, you are in a strange way the only people left out of what it means to be a modern “American.” To consider America a particular place with a specific culture and history that not everyone in the world can join simply by existing is treason to a “universal nation.” Everyone in the world can be an “American,” except, you know, actual Americans.

This is why the MSM is insistent that the governing philosophy of “America First,” which should simply be a truism for any rational American government, is instead something subversive and dangerous.

The hard truth is that “our” rulers aren’t the guardians of our sovereignty, but the greatest threat to our independence.

And this isn’t an unprecedented circumstance in history.  During the Napoleonic occupation of Prussia, Carl von Clausewitz violated his king’s orders to join the invasion of Russia and instead joined the Tsar’s forces in the hope of someday liberating his own country. After all, it wasn’t Tsar Alexander that was occupying Prussia; it was Napoleon. And in the end, he won, Prussia was restored, and eventually it was Prussia that would unite all of Germany.

The same situation applies today. Today, those actively pursuing the destruction of my people, culture and civilization aren’t in Moscow. I don’t even concede those are enemies at all.

Our enemies are in New York, Washington, and Los Angeles, in “our” own media companies, government bureaucracies and intelligence agencies.

The real America is under occupation – and resistance to collaborators is patriotism to our country. We elected Donald Trump because we thought he could help disrupt and perhaps even end that occupation so we could have a country once again.

The attempt to destroy the President has ripped the mask off the forces behind this occupation. And we owe no loyalty to the collaborators who are trying to destroy his administration, dispossess our people, and destroy our country.

Because in the end, “treason” to the occupation is loyalty to America.