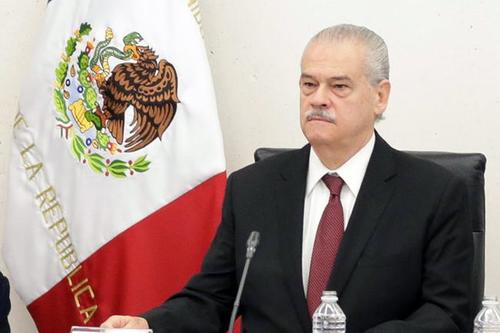 Yet again, the Mexican government is openly intervening in U.S. politics, encouraging Mexicans in the U.S. to naturalize as American citizens so they can vote in the interests of Mexico. Thus far, no Republicans have spoken against it. 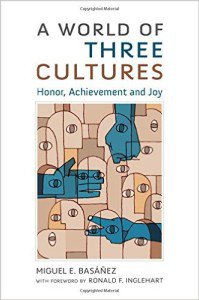 Ambassador Basañez was the featured speaker because of his new book A World of Three Cultures: Honor, Achievement and Joy. As the notice for the conference specified, the event took place in Spanish and “no simultaneous interpretation will be provided.”

In other words: get lost, Americans.

Mexico seeks support from the private sector to help finance the economic cost for the naturalization of three million Mexicans who are permanent residents of the United States, Mexican ambassador to the U.S. Miguel Basanez announced today.

[Mexico seeks support for naturalization of Mexicans in the US: Basañez, Trustly News, December 8, 2015]

The Mexican government is more ambitious. It wants three million Mexicans naturalized. And it wants private enterprise to fund it to the tune of $3.5-$5 billion dollars. That shouldn’t be hard considering the close relationship between the Mexican government and crony capitalists. Maybe Carlos Slim will pitch in.

Why is the Mexican ambassador trying to convince his fellow Mexican citizens to adopt citizenship in another country? In the interview, he says it is because of the “advantages,” including “a better job, better health conditions, higher income, and the right to vote.”

That last one is the most critical. Basañez has already explicitly spoken of Mexican citizens in the United States as a bloc to be used to support Mexican interests. This was obviously the reason why the Mexican government, which once opposed dual citizenship, amended its constitution in the 1990s to allow it.

Why don’t American conservatives (even Trump) say something about this? Part of it is the conceit that America is really a “nation of immigrants,” and that everyone in the world really wants to be one of us. But, as someone who lived in Mexico for a decade and a half (longer even than Fred Reed), I can tell you plenty of Mexicans wanted to move to the United States—but not for “freedom” or to become “American.” It was for the money.

The Mexican and Latin population of the United States is an improved population than what we have in our own countries. That’s because they’ve been exposed to a strong competition to triumph in a society where punctuality, hard work well-done and competition are very strong.

Basanez seems to be saying that U.S. business gets better results out of Latin Americans than are obtained in Latin America. Be that as it may, he wants the societal benefits to flow back south of the border.

Mexican leaders are smart, as Trump has often said.

LA Mayor Garcetti Bemoans What Would Happen After A Trump Triumph

Los Angeles Mayor Eric Garcetti was unhappy about Donald Trump’s appearance on Saturday Night Live, and he joked that if Trump wins “Mexico will construct a fence” to protect itself from Trump’s policies.

In an interview with La Opinión, the country’s biggest Spanish-language periodical, he complained:

“I believe that if Donald Trump becomes President, which I expect is very improbable, we will be at a real risk that this country will have a very dark face, forgetting what we are and our values.”

It’s always strange how the people who want to replace Americans are the quickest to use the argument that restricting immigration is “not who we are.”

Isn’t the point that they don’t like who we are?

An illegal alien woman lived illegally in the United States with her husband for two decades. She got cancer and lost an eye (which I wouldn’t wish on anybody). However, despite her illegal status, she was still getting medical care. (The article never explains how). And she is still complaining:

The worst part is that she feels that because she is an indocumentada, they have not given her good medical care.

Well, they treated her all these years. Why would she think that?

"I have seen when they have had me hospitalized, when I call a nurse from my bed, they take a long time to arrive, but if it is an Anglo-Saxon, they run to attend him. I feel that I don’t matter to the doctors."

Really? A nurse might be delayed in arriving for any number of reasons. And this woman is being treated and the article doesn’t explain how she’s paying for it. She never expresses any gratitude in the article.

Her husband also complains that that “he doesn’t see that the doctors have any interest in helping his wife and giving her better attention.”

Never fear though. She has a lawyer, an “expert in migration”, who will help her apply for residence on the grounds her sickness causes her anchor babies suffering.

We’re going to use the psychological and emotional suffering of the children to obtain legal residence, although the person with the sickness is the indocumentado. Normally residence status for the undocumented parents with sick [U.S.] citizen children is requested, but this is the reverse.“

It’s worth pointing out this illegal is going for permanent residence—not a visa. And why exactly can’t her own country provide her medical help?

The bottom line: as long as automatic birthright citizenship exists, this will go on and on. 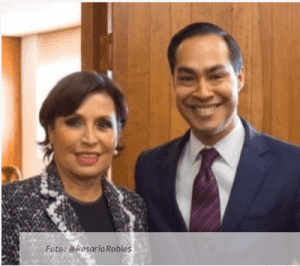 The Mexican media reports that the U.S. and Mexican governments have agreed to work together in the planning of new cities: México y EU trabajarán en reordenar y planificar nuevas ciudades by Gregorio Meraz, Televisa, November 24, 2015.

These cities would be in Mexico. The Mexican government is concerned about the massive migration from rural areas to urban areas. (The people who can’t afford to migrate north go to urban areas of Mexico).

Wouldn’t it be better if Mexicans planned their own cities, and we planned ours?

More Options To “Document The Undocumented”

It tells readers “the undocumented… have more options … with state driving licenses, matriculas consulares or municipal cards of various types.”

The article then cites the left wing Center for American Progress’s list of options.

These “undocumented” who are “living in the shadows” are certainly not suffering from a lack of documents. So why continue pretending they’re oppressed?