The Fulford File: Why Immigrant Caregivers Are Not The Answer To Coronavirus Crisis—15 Minority Hospital Rapists In 5 Years

One of the things we’re being told in the age of Coronavirus is that immigrants are health care workers, and must not be sent back, even if they’re Obama’s illegal DACA recipients. See About 280,000 essential healthcare workers in the US are undocumented, by Ephrat Livni, April 16, 2020, and 29,000 DACA Recipients Are Fighting COVID-19 as Healthcare Workers, by Julyssa Lopez, Remezcla, April 16, 2020.

This is nonsense, of course. The total number of healthcare workers in America, according to the Henry J. Kaiser foundation, is 16,866,020, of which DACA recipients, with their stolen educations,  are 17/100ths of one percent. Illegals are criminals and, if they’re lying about their status and Social Security numbers, they may be lying about any qualifications they have, too.

But let’s talk about the other downsides of immigrant healthcare workers—specifically things we’re not going to be told about them because it doesn’t fit the Narrative. Like immigrant male nurses and “caregivers” raping their charges.

Dave Gibson’s Illegal Alien Crime Report  reported on one these cases last year. He was promptly attacked by the vigilantes at MediaBiasFactCheck.com who wrote:

In review, the Illegal Alien Crime Report, reports on crimes that are allegedly committed by illegal immigrants. Headlines are typically written in bold lettering and accompanied by a mugshot or negative image. Wording is typically moderately biased such as this: AFRICAN ‘MIGRANT’ REPEATEDLY RAPED DISABLED WOMAN IN SEATTLE NURSING HOME. Although this story is copied virtually word for word from KLTV, the original article has a very different headline: Family sets up hidden camera in nursing home, catches man sexually assaulting patient [KLTV.com, August 2, 2019] The original reporting also does not mention anything about migrant status. In fact, a search indicates that Only Illegal Alien Crime Report is describing the alleged rapist as a “migrant.” They claim without evidence that “[alleged rapist Nshimiyiana O.] Hamzat is not a citizen and came to this country from Nigeria.” While that may be true, without evidence it simply is not credible. Further, if this person is not a citizen, that does not mean he is illegal. It seems this website targets all immigrants rather than just illegals as their name suggests.

Well, of course, if a criminal charged with rape is called Nshimiyiana O. Hamzat, the onus is obviously on him and the news agency reporting about him to prove that he is a citizen, and didn’t come here from Nigeria. (Nshimiyiana and Hamzat are both Nigerian names, as Refugee Resettlement Watch’s Ann Corcoran pointed out here.) Thus, legal or illegal, he is a “migrant,” and the fact that only Gibson was reporting this says more about the American MSM than about him.

Hamzat was caught by hidden camera, below: 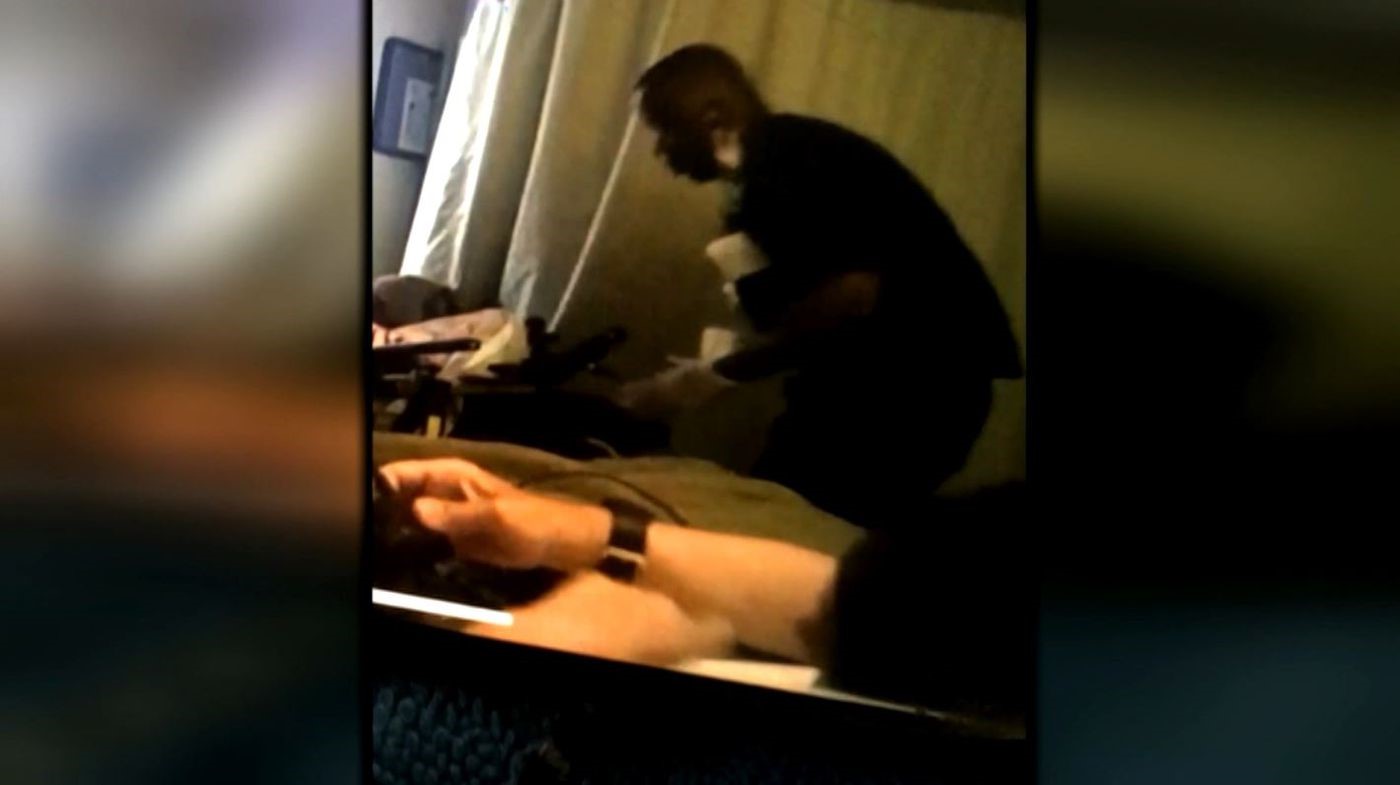 As for Hamzat being legal, it doesn’t make a rape victim feel better to know that her rapist has a Green Card in his pocket.

(The MediaBiasFactCheck.com people  regard us here at VDARE.com  as a Far Right “QUESTIONABLE SOURCE” based on …the Southern Poverty Law Center’s opinion of us. So much for their factchecking!)

But Hamza is just another example of the phenomenon I’ve tagged as “Minority Hospital Rapist”: black caregivers—many of them recent African immigrants—rape helpless, frequently elderly, women in hospitals and nursing homes.

They have also been known to rape comatose women, like the Bride in the movie Kill Bill—except, as I noted above in the article linked at the top of the page, the movie makers deliberately chose to portray the rapists as white rednecks, whereas every single one of the real-life perps I’ve been able to find are definitely not white rednecks. 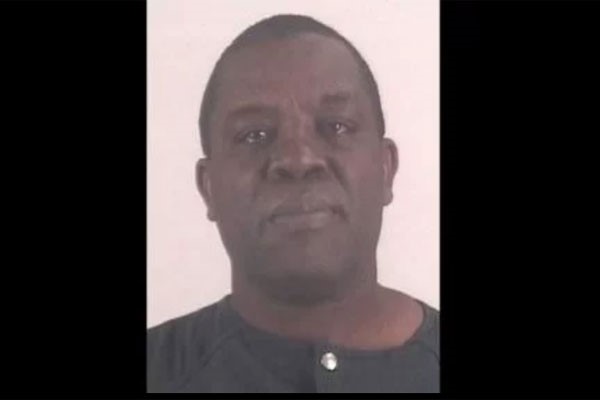 I know that Nyakeo is a Kenyan, because when you search for his name, the second result is from the Daily Nation of Nairobi, Kenya, and its headline is Kenyan man gets life sentence for raping elderly US patient, by Vincent Achuka, August 23 2019.

The victim was a 74-year-old female patient, now deceased. (Probably white, though they don’t say.)

An exam found evidence of vaginal tearing consistent with sexual abuse and staff collected DNA that was eventually used to tie Mr Nyakeo to the assault,” Fox News reported.

After the discovery of the blood, all male staff at the facility at the time the suspected sexual assault took place were asked to undergo a DNA test. The Tarrant County District Attorney's office told the court that Mr Nyakeo’s DNA sample “matched the sample recovered from the woman during her sexual assault exam.

The court was also told that the Kenyan nurse, who immigrated to the US, raped the elderly woman despite knowing that she could not resist or consent to his sexual advances because of her medical condition. [Emphasis added]

That’s how the Nairobi media describes this case, but if you look in the US press, Nyakeo is described as Worker, Former Texas nursing home worker, Former health care worker, Fort Worth man, and Home Care Aide in headlines.

Again, via  Illegal Alien Crime Reports (archive link), another African accused of the rape of an extremely elderly woman in a North Carolina nursing home: Joseph Ngigi Kariuki, pictured below. 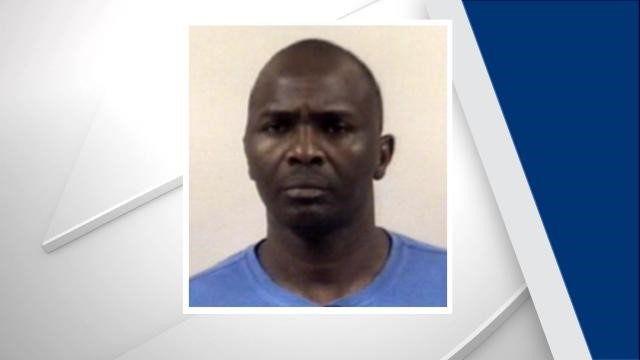 A 79-year-old woman said she was attacked by a staff member, police said.

Brookdale administrators said a supervisor detained a suspect as soon as the allegation was made, and the suspect was removed from the facility as police investigated.

Joseph Ngigi Kariuki, 47, of Clayton, was charged with second-degree forcible rape. He was being held Monday in the Johnston County jail under $100,000 bond and will make his first court appearance on Friday.

There are fewer details, but while, as in the other cases, the US press insists that Mr. Kariuki is a “facility worker” or an “employee,”  a “staffer” above or several other uninformative things like that, the Kenyan press unflinchingly acknowledges that he’s a Kenyan: Kenyan man Joseph Ngigi charged in US with raping 79-year-old granny, SonkoNews.com, December 31, 2019. 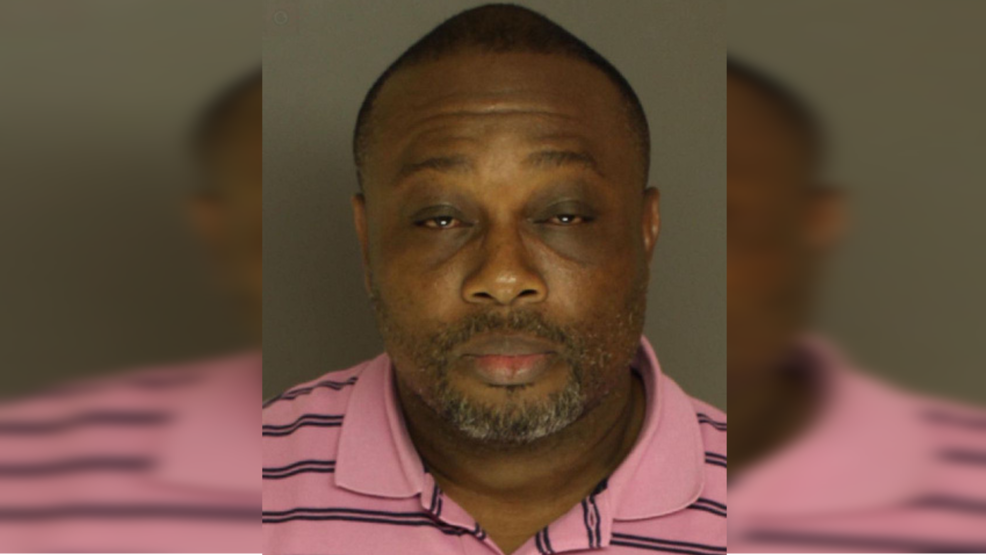 Confidence Boms was arrested April 24th and charged with rape, sexual assault and access device fraud after assaulting a client in her Wormleysburg home. …

Police say the victim is disabled and had Boms as her caregiver for some time.…

The victim also reported Boms forcing her to go to a clinic in Harrisburg City to obtain free HIV testing, and making her take free condoms from the facility, according to documents.

Police say the woman reported on Feb. 20 that Boms used her debit card to purchase the morning after pill from Rite Aid, which was confirmed later by surveillance video.

On Feb. 23, the victim said she was vaginally raped by Boms at her apartment, according to police.

To find cases like this, you have to search for things like “Caregiver charged”—because searching for “African immigrant charged” would be absolutely useless. (Because the MSM is useless.)

I can tell for sure that Joachim Mmassey, below, isn’t descended from black Americans of the kind who came to the US between 1619 and 1865. Mmassey is a Tanzanian name, and African-Americans don’t tend to call themselves Joachim. 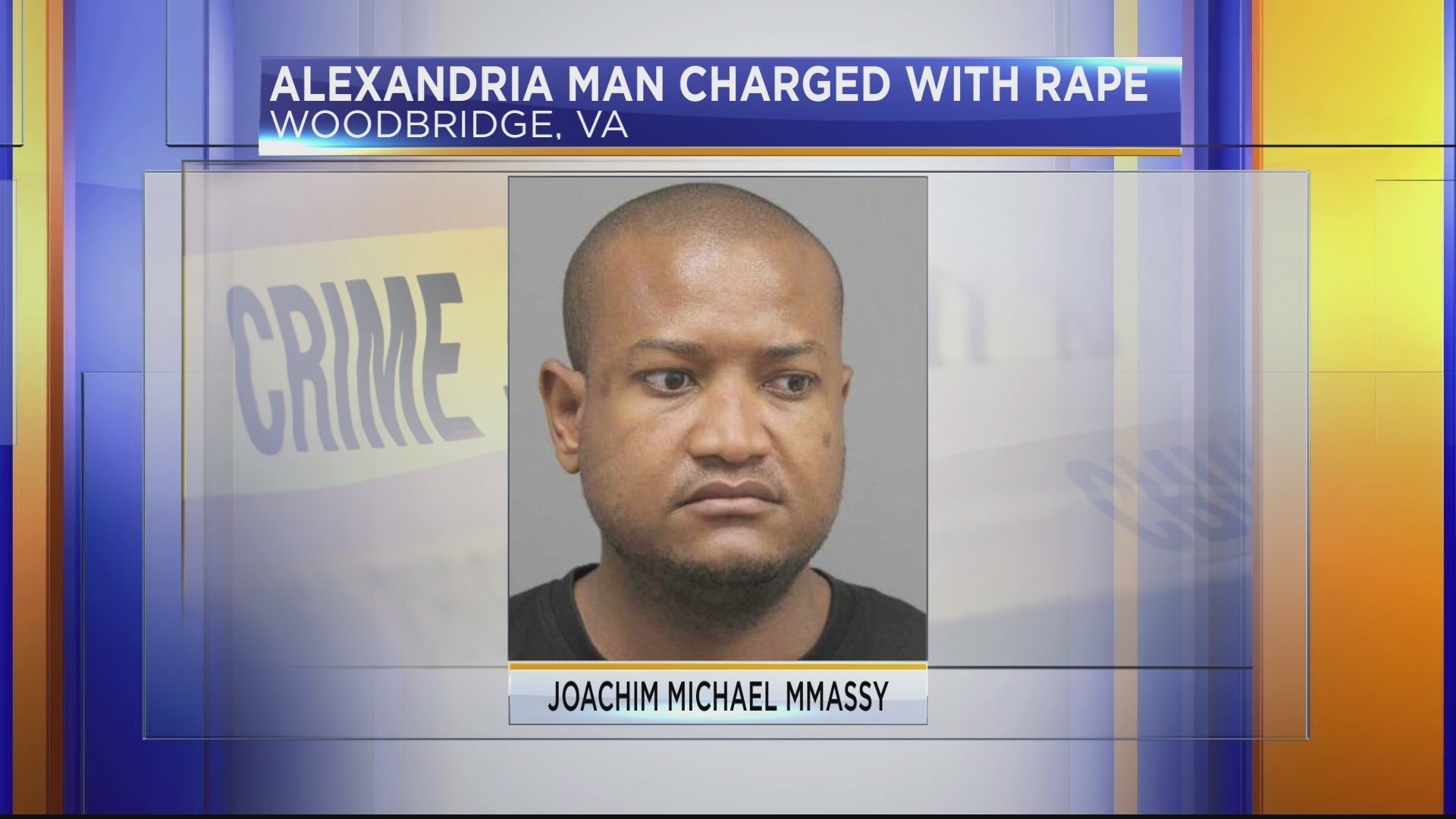 The same onomastic rule tells me that Thomas Kamau Nganga, the nurse pictured below is not a regular African American (people named Nganga are Kenyans). But for once, his immigration status was actually mentioned in an American MSM news story—in the context of him asking for clemency: 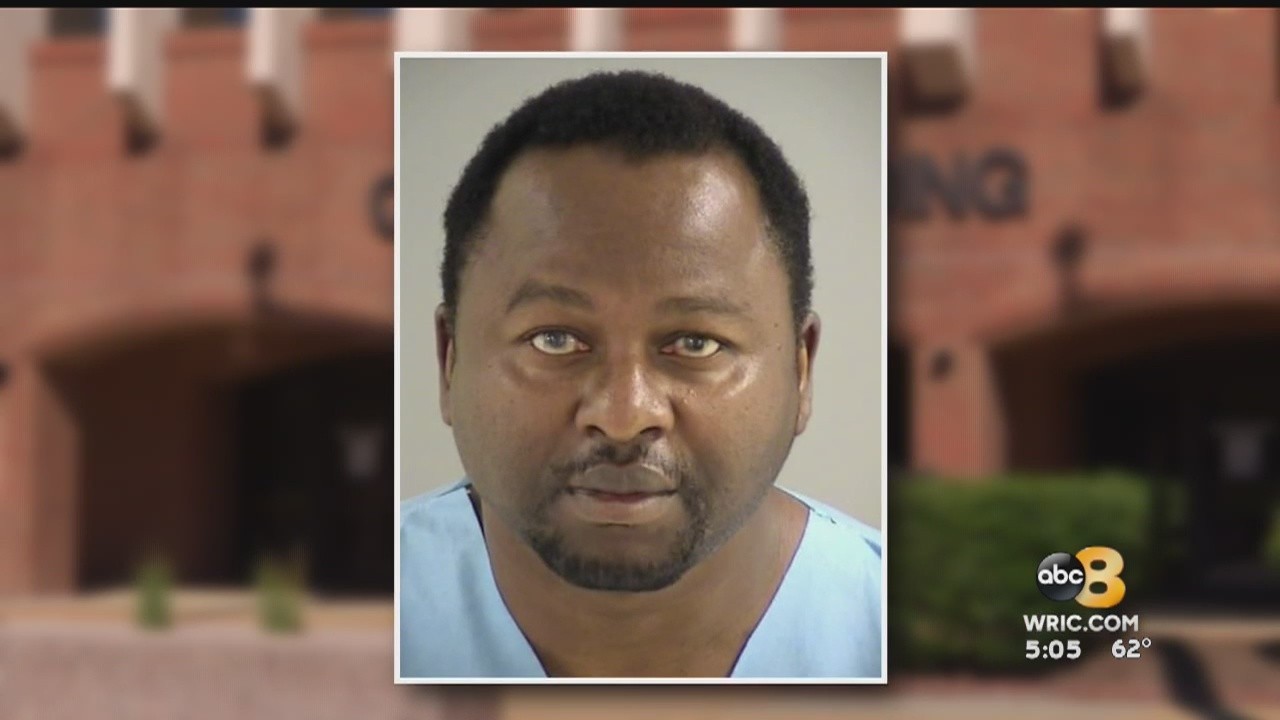 Prior to sentencing, Nganga's father-in-law said the arrest was traumatizing for the defendant’s two young children.

Nganga moved to the United States on a green card from Kenya more than 20 years ago.

“Moved to the United States” is, believe it or not, a common euphemism for “immigrated” in these immigrant crime stories. MSM hacks are happy to say someone is an immigrant if they’re a crime victim, but not if they’re being sentenced for rape. See also Nurse charged with raping elderly patient at Henrico care facility, WRIC, Oct 19, 2018.

One more case—not an African, for once, but a Filipino. Emeterio Ticar Betiwan, 61, no picture available, was sentenced for raping an  83-year-old woman who suffers from dementia [Walnut Creek: Ex-caregiver sentenced for raping dementia patient, by Nate Gartrell, Mercury News, June 29, 2017.

If you want to know whether rapist Betiwan, a Filipino as shown by his name, is a Filipino immigrant or a Filipino-American, the MSM isn’t interested in telling you. [Walnut Creek: Elder care worker convicted of raping patient, by  Nate Gartrell, East Bay Times, March 9, 2017] But the record  of his  appeal in People v. Betiwan  notes that an interpreter was present in court. (This is one of Ann Coulter’s Secret Decoder Ring tips for detecting MSM-hidden immigrant crime as described by her in Adios, America, Chapter 9.) 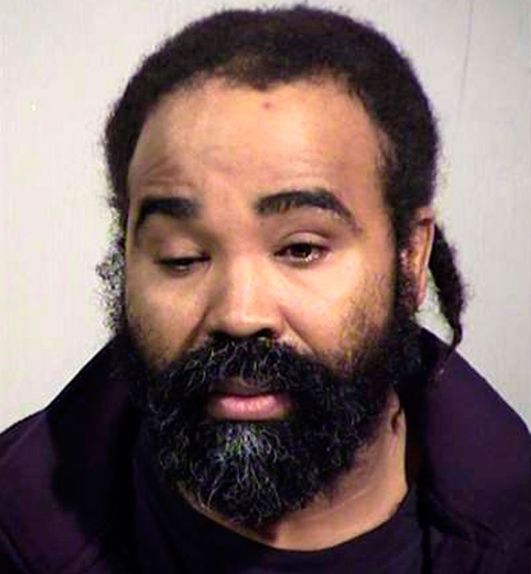 I became interested in the phenomenon of Minority Hospital Rape when licensed practical nurse Nathan Sutherland (right) an immigrant from Haiti, was arrested for raping and impregnating a woman in a "persistent vegetative state " in January of 2019. The victim was a member of the San Carlos Apache tribe. The way we know the story is that San Carlos Apache Tribe officials issued a statement. If the victim had been white, there would have been no one to issue a statement.

Sutherland is described in MSM reports as, for example, an "Arizona nurse."

I’ve reported a lot of cases like this here on VDARE.com. There are 13 posts in our “Minority Hospital Rapist” category (which includes a 2018 Ann Coulter column called Teddy Kennedy's Surprise For Grandma—Immigrants Who Rape The Elderly) and there are more than 13 cases like this. Ann’s column listed three.

The three previously most recent cases:

This adds another seven, almost all African immigrants.

Total that I’m aware of: fifteen in five years. I’m sure there are more.

So if President Trump is being told to let “caregivers” have visas to help with coronavirus-stricken hospitals and nursing homes, someone should tell him to ignore it.

Because whoever’s sending these guys is, as Trump said in 2015,  not sending their best.