When we read about the alleged victims (usually the aggressors) in “Black Lives Matter” hoaxes, we regularly hear people like Ta-Nehisi Coates talk about whites being afraid of “black bodies”—which Steve Sailer refers to as “innocent black baby bodies”.  So let’s talk about some white bodies—and what black bodies have done to them without attracting any Main Stream Media attention, even though it’s simultaneous with much-touted Black Lives matter hoaxes.

One of the earliest stories I remember reading here at VDARE.com—before I started working here—was Scott McConnell’s Unfit To Print [January 10, 2001], the story of the Wichita Horror, in which two black brothers (Reginald and Jonathan Carr) did a home invasion in December 2000 and attacked seven white people, some of whom they raped, five of whom they killed. (The Carr brothers are still alive, under sentence of death, as they have been, on and off,  for most of the 21st century.)

McConnell’s point at the time: the New York Times hadn’t reported the story at all. What it was reporting (according to a date-limited archive search) was what it had been repeating since February 1999: the story of Amadou Diallo, whose mistaken shooting led to the malicious and false prosecution for second-degree murder of four white cops—who were eventually acquitted [Federal Court Will Not Pursue Diallo Case, by Susan Sachs, January 31, 2001].

Ignoring an atrocious black-on-white crime while simultaneously pursuing a ginned-up racial grievance is now SOP for the MSM.

During the Trayvon Martin/George Zimmerman hoax, Peter Bradley reported on VDARE.com, in Lynching George Zimmerman—Overwhelming America’s Historic White Majority, on the rape and murder of Nancy Strait, and the wounding of her husband (who subsequently died):

A white Tulsa couple who had recently celebrated their 65th wedding anniversary was attacked   last week in their house by a 20-year-old black man named Tyrone Dale David Woodfork.  Nancy Strait, 85, was sexually assaulted and battered to death while her husband, 90-year-old WWII vet Bob Strait, was shot in the face with a BB gun and was left in serious condition.

[Couple met and married within a month and stayed together for 65 years... only to be parted after home invader beat wife to death, Daily Mail,  March 20, 2012] 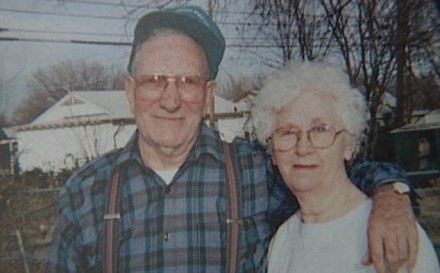 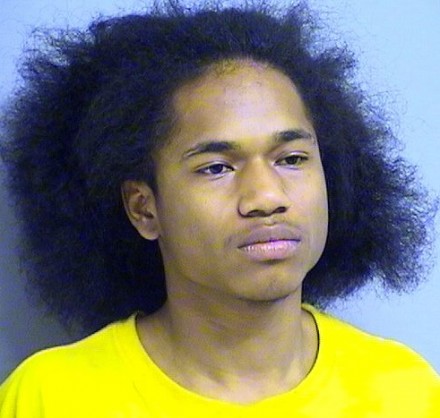 Nancy Strait’s name has never been mentioned by the New York Times.

Snopes.com maintains a page on the couple that says that reports circulating online were in fact true, and that

Although the robbery and beating of the Straits was reported in the UK’s Daily Mail, U.S. coverage of the crime has so far largely been limited to local (Tulsa area) media.

And except for deplorables like us, it still is. 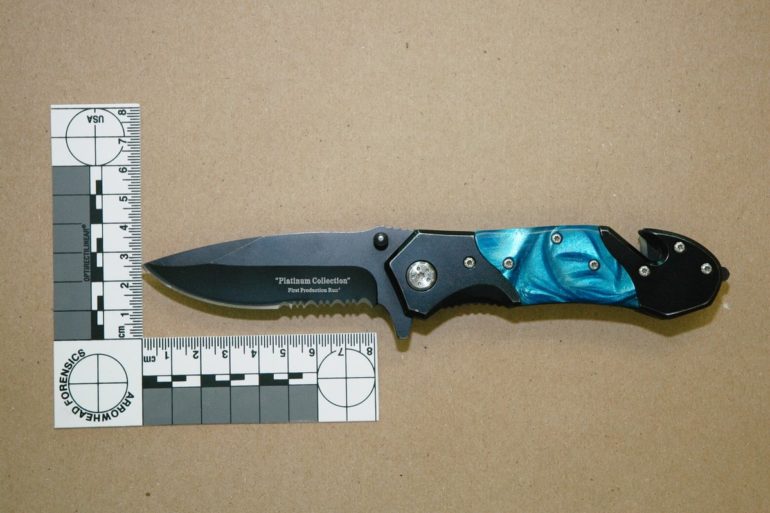 In May 2015, there were riots in Baltimore,  supported by Eric Holder and Obama, caused by the accidental death of drug dealer Freddie Gray, who had been arrested with an illegal knife.

Simultaneously, Daron Dylon Wint, pictured below, killed an entire white family and their Hispanic maid, and set their house on fire. 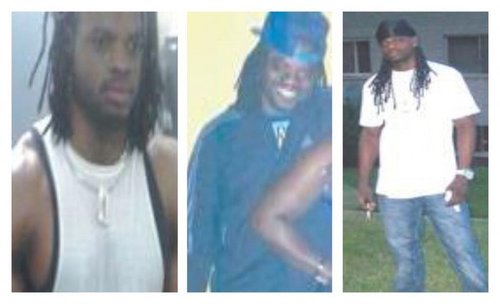 Savvas Savopoulos, 46, his wife, Amy Savopoulos, 47, their 10-year-old son Philip and housekeeper Veralicia Figueroa, 57, were all murdered by Wint.

I reported it at the time as Quadruple Murder In DC Apparently BOTH Immigrant Mass Murder And Disgruntled Minority Massacre.

Wint, an immigrant from Guyana, had formerly worked for Savopoulos. He did a home invasion, possibly with help, took the unarmed Savopoulos family hostage and forced them (by torturing the Savopouloses’ 10-year old son, above center) to have $40,000 sent to their house ["$40K delivered to home, boy tortured before DC murders, fire," by Bruce Leshan, WUSA TV, May 20, 2015]. Then he murdered them.

Wikipedia has a page on this atrocity called “2015 Washington, D.C., quadruple murder incident”.

As usual, the story received mostly local coverage, although in this case some of that local coverage came in the Washington Post, because the killings happened in Washington.

Of course, the massive riot that the New York Times triggered with its coverage, and the malicious and false prosecution of the police—also started with the aid of MSM coverage—made the Gray story more newsworthy.

(b) the laws in places like the District of Columbia that ban the possession of firearms for self-defense. 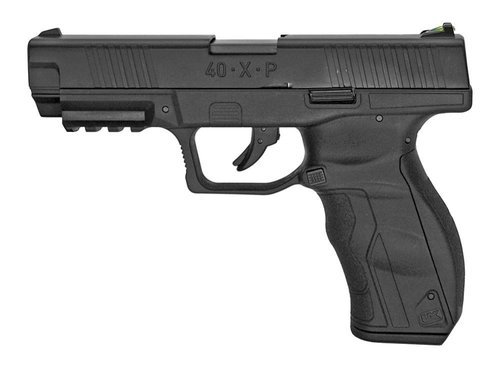 In 2016, Tyre King, 13 years old, was killed after pointing an extremely realistic BB gun at an officer who was responding to reports of an armed robbery. 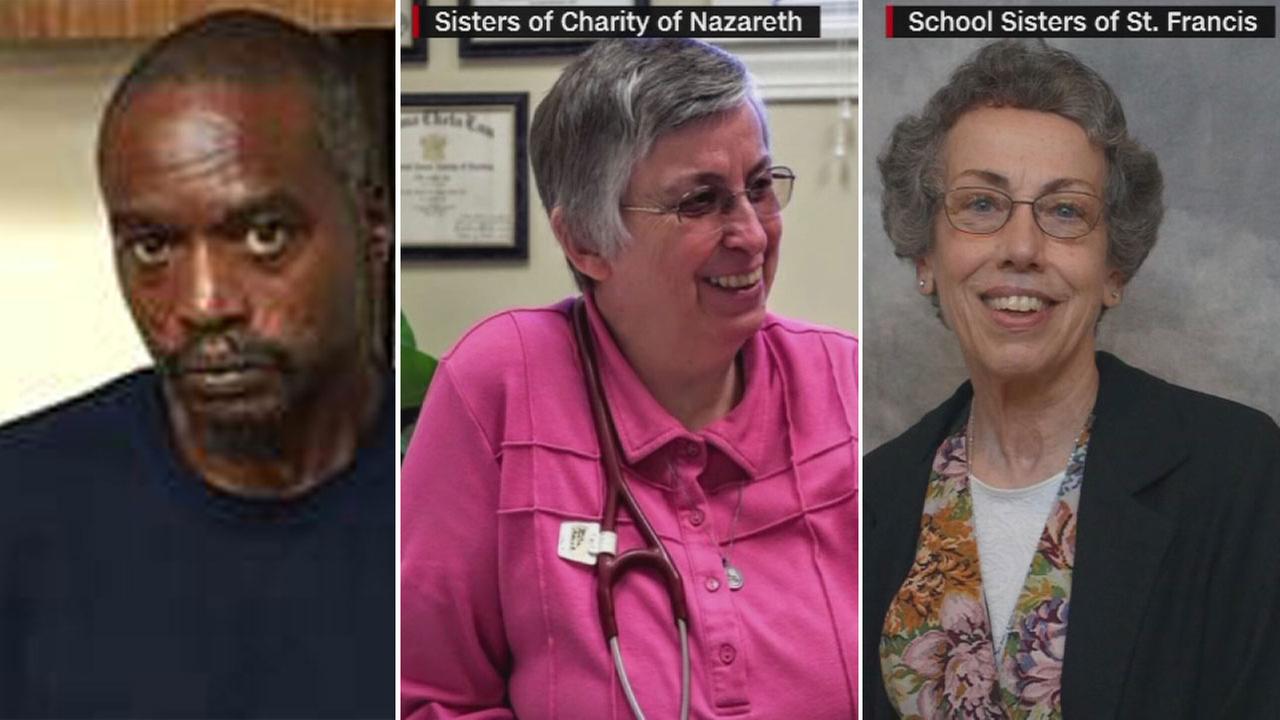 That’s this pattern in one blog post. The story Mississippi man arrested in stabbing death of two nuns: police, Reuters, August 27, 2016, doesn’t provide many details. A later story, Sheriff: Suspect confesses in killings of 2 nuns in Mississippi, August 30, 2016, says that “authorities believe that robbery was the ‘least likely’ motive for the killings and that a home invasion was also unlikely.”

Recently we’ve seen the apotheosis of black thug Ahmaud Aubery, a man convicted of bringing a gun to a high-school basketball game, of stealing a television from a store, and seen below cursing police who are investigating his suspicious behavior, to the point that they are almost forced to tase him.

Video Shows Police Attempt to Use a Taser on Ahmaud Arbery, The Truth About Guns, May 19, 2020

But now we are supposed to suppose that this man is an innocent “jogger” who was killed by white racists.

But what are we supposed to think of the killing, by the late Sheldon Francis, who was black, of elderly white couple Paul and Lidia Marino?

We’re not supposed to think about it all. It also continues not to be a national news story, at least in the bellwether judgement of the New York Times.

As for Reginald and Jonathan Carr, they finally appeared in the New York Times in 2016, when they, with an unrelated accomplice-murderer named  Sidney Gleason, left, had their death penalties reinstated by Justice Antonin Scalia, may he rest in peace. It was his last opinion [Supreme Court Rules Against Kansas Inmates in Death Penalty Case, by Adam Liptak, January 20, 2016].

And the perps’ pictures finally appeared in the New York Times, above.

That remains, as Scott McConnell wrote in 2001, news that’s Unfit To Print.