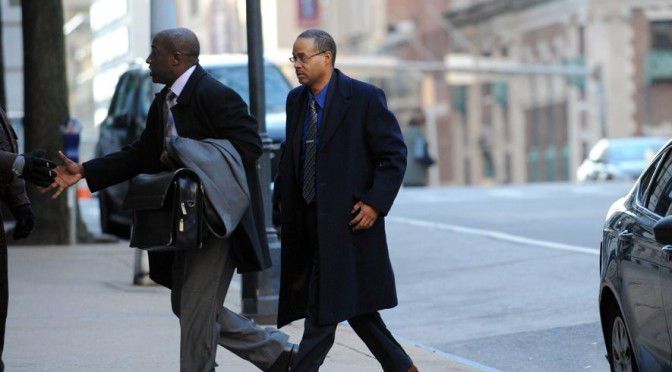 I looked at my friend’s body lying in the coffin and watched his parents and brothers sob uncontrollably. He had been a college football player: the punishing toll on his body led to an addiction to painkillers. Heroin was cheaper: he died of an overdose. I thought of how the drug is flooding our country thanks to our government’s refusal to guard the border with Mexico; of the countless others who lost loved ones to drug overdoses; and of our society’s utter indifference to punishing those who push these poisons—notably Obama’s Son and poster boy in the Administration/ Main Stream Media War On Police Freddie Gray.

The trial of Officer William Porter (right) one of the six Baltimore police officers (three black, three white) indicted after Gray’s April 19 death in police custody, ended just before Christmas with a hung jury. [Commentator: Riots not sole danger Baltimore facing, WND, December 16, 2015]. A judge has just temporarily blocked the prosecution’s demand that Porter testify in the trial of Officer Caesar Goodson, due to begin Monday [Judge temporarily blocks order that officer testify in Freddie Gray case, by Andrea Noble, Washington Times, January 10 2015]. The other trials are coming up. Baltimore will certainly see further unrest as the prosecution tries desperately to get a conviction in the name of this dead thug. 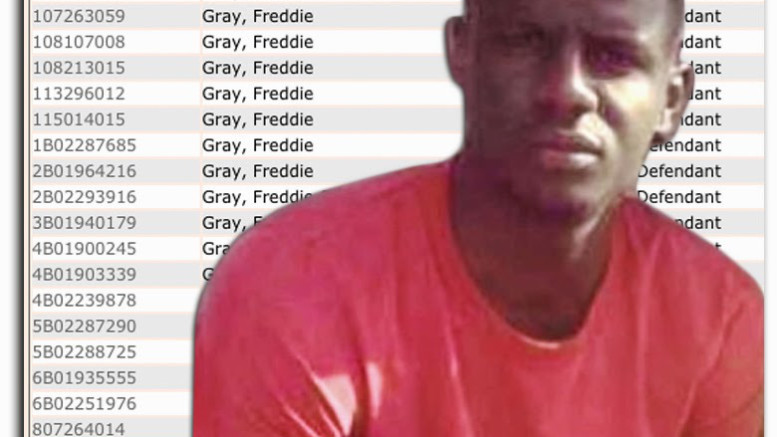 Gray was a drug dealer. At the time of his death, he had a pending felony charge for dealing heroin, only one item on a lengthy rap sheet [Freddie Gray Had a Long Rap Sheet, by Scott Greer, Daily Caller, April 28, 2015]. But the black community and its political mouthpieces have elevated him into a hero and used his death as an excuse to set Baltimore ablaze. [Friends and neighbors remember Freddie Gray: He 'was our family', by Peter Hermann, Washington Post, April 24, 2015]

In contrast, those attending my friend’s funeral felt only anger at the drug dealers who sold death. Baltimore is nearly 65 percent black. It’s in the midst of a major crime wave. Yet the population riots on behalf of a criminal. Their elected black representatives seem to tolerate and even tacitly encourage the looting and lawlessness driving businesses out of the city and causing further white flight.

I thought about how black elected officials apologized for calling the black rioters “thugs” and appeared with gang members at a news conference to praise them for helping bring calm to the community [Experts question gang involvement in riots, by Doug Donovan, Mike Puente, and Luke Broadwater, Baltimore Sun, April 28, 2015] I thought about how this “peaceful” activity only consisted in protecting black businesses and reporters, while turning a blind eye to attacks on non-black people and property. [Baltimore: A Day of Marches and Speeches, by Ron Nixon, New York Times, April 28, 2015]

And once again, Baltimore is on the brink of mob violence. Eight of the 12 jurors responsible for the mistrial in the case of Officer Porter, were black (5 black women and three black men); there as one white male and three white women [Jury selected for first Freddie Gray trial, by Paul Reid, CBS News, December 2, 2015] This is important because Officer Porter is black (as is Caesar Goodson, the officer whose trial begins January 11. In the initial jury selection phase, 42 percent of the prospective jurors were white even though Baltimore is less than 26 percent white, a reminder of what happens to civic duty in a city that honors convicted heroin dealers with “empowerment centers.” Because so many black males commit crime in Baltimore, they are then disqualified from jury service. Needless to say, liberal state legislators have long tried to overturn this. [Committee urges easing restrictions on jury duty, Washington Times, 2005]

The aborted trial of Officer Porter was presided over by a black judge with a black state’s attorney leading the prosecution, in a city with a black mayor and a majority black city council. But there are still complaints that a remnant of white supremacy/privilege keeping black people from attaining nirvana. [Why black political power isn't enough in Baltimore, by John Blake, CNN, December 7, 2015]

Young blacks believe this. Demographically, the Baltimore City Schools system is almost entirely black, and it was students started the first riots on behalf of the convicted heroin dealer back in late April, when rumors of a violent uprising reminiscent of the movie The Purge swept the schools [Baltimore rioting kicked off with rumors of ‘purge,’ by Justin Fenton and Erica Green, Baltimore Sun, April 27, 2015]. Not surprisingly, Baltimore City Schools CEO Gregory Thorton sent out a letter to parents begging them to have their offspring behave when the jury reached a verdict in the Porter case [Baltimore City Schools prepares for verdict in Freddie Gray trial, WMAR Baltimore, December 14, 2015]

But the jury didn’t reach a verdict. Baltimore remains a city on the edge as more officers have to put on trial. As some of the other officers are white, racial tensions will increase. And how in the world can they get a fair trial in a black city where loyalty to race is held to be the highest value and a heroin dealer is elevated to the level of a civil rights martyr? Meanwhile, the bodies keep piling up. An off duty police officer recently had to shoot a suspect who tried to rob him with a realistic looking toy gun [Off-duty Baltimore cop kills robbery suspect brandishing toy gun, FoxNews, December 20, 2015]. And two men were killed in stabbings while three others were shot on Saturday [Two men stabbed downtown, 3 shot in Baltimore overnight, by Erica Green, Baltimore Sun, December 20, 2015] This was the first Christmas that my friend’s family had without him. But while his family and all the people he touched in life remembered him, the black citizens of Baltimore and their black elected leaders were walking past the Freddie Gray Youth Empowerment Center. They were admiring the murals painted in his honor. [Murals of pain, anger, and hope in Freddie Gray’s Baltimore neighborhood, by John Woodrow Cox, Washington Post, December 1, 2015] And they will certainly continue to use violence to advance their perverse view of “justice.”