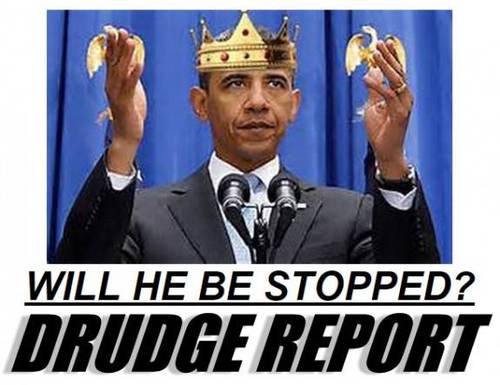 The question is—will the GOP Leadership even try?

The fearless leader of the American Right, Republican National Committee Chairman Reince Priebus, knows exactly what he’s going to do in response to Barack Obama’s unilateral grant of Amnesty to five million illegals. Priebus is going to raise money.

Only hours after Barack Obama’s speech, the RNC sent out a fundraising email signed by Priebus telling donors to “take a stand” by donating to the Republican Party. Of course, what the Republican Party intends to do with the money—or for that matter, with its new Congressional majority—is unclear.

But we do know one thing the Republican leadership intends to do: keep its own rank and file from acting to stop the President.

As Jonathan Strong of Breitbart noted:

As they departed the House floor, many en route to the airport for a Thanksgiving recess, many GOP lawmakers seemed as interested in explaining why options floated by colleagues from their own party wouldn't work as denouncing what they describe as an unprecedented power grab by a president they just decimated at the ballot box.

[Republicans Leave Town Without a Plan to Fight Obama, November 20, 2014]

Virtually all Congressional Republicans have already ruled out impeachment, of course. According to Breitbart’s Strong, even a motion of censure seems to be a bridge too far for Republicans. And he quotes Congressman Pat Tiberi’s detached musings that the whole issue might end up before the Supreme Court.

The awful truth: Barack Obama just handed a gift to the Republican leadership. Speaker John Boehner, the RNC, and the professional political class of consultants and party hacks have long favored Amnesty to reward their donors, but they feared retribution from the conservative grassroots c.f. Eric Cantor. Nevertheless, as Steve Sailer has noted, the clueless Republican leadership probably would eventually have passed Amnesty on its own, and in so doing would committed political suicide. Now, Barack Obama has made the issue a fait accompli and taken full responsibility for the action. All Republican leaders think they have to do is sputter convincingly for their base, and then they can get on with plunging their snouts into the trough provided by the party’s midterm victory.

Some GOP presidential contenders in 2016, including Scott Walker, Mike Pence, and Rick “All Hat, No Cattle” Perry are proposing to rely on that bastion of right-wing populism, the American legal system [What Can the GOP Do to Stop Obama’s immigration order?By Pema Levy, Newsweek, November 20, 2014].

This option appears especially attractive to conservatives who are uncomfortable talking about just what President Obama did, but prefer to focus how he did it. Thus Rand Paul, who has consistently flirted with Amnesty, is again trying to be clever by comparing Obama to a king, grounding his complaint in process rather than policy.

But this legalistic kind of stand is hopelessly reactionary in the worst sense of the world. As Joe Sobran said long ago, “The U.S. Constitution poses no serious threat to our form of government.” Conservatives may fantasize about a court or judge acting as a deus ex machina to save Republicans from having to take political action. But the history of the immigration control movement, from Proposition 187 to Arizona’s SB 1070, consists of activist judges gleefully throwing out any laws or referendums that will actually enforce immigration law. More generally, courts have been largely unable to restrain determined Presidents at least since the Civil War.

This appeal to Constitutionalism also ignores the political reality that the Main Stream Media is not embracing a David Frost-like role in confronting executive overreach, but is actually helping the President make his case [It’s Legal, by Walter Dellinger, Slate, November 20, 2014]. Indeed, a Leftist government working with an anti-white MSM to replace the despised voters who have the temerityto show up to vote arguably describes the current system of government throughout the entire Western world.

Nonetheless, Speaker John Boehner, with his eyes presumably already shrink-wrapped in tears, made just that appeal on November 21 by filing a lawsuit against the President. But his lawsuit didn’t have anything to do with immigration—it was about Obamacare. And it probably isn’t even going to make it before a judge.

Legal scholars have said there is little precedent for a lawsuit by a single chamber of Congress against the president, and House GOP aides have privately acknowledged a judge could throw the challenge out before even ruling on the merits of the case.

As Rep. Steve King of Iowa has charged of the Republican leadership: "They're contriving red herring arguments to get to the point where enough members will walk out of this Congress and go home for Thanksgiving and say, 'Well, there's nothing we can do." [John Boehner: ‘We will not stand idle’ on immigration (w/video), by Erica Werner, The Press Democrat, November 21, 2014]

Indeed, the real power brokers in the GOP are already telling Congress to forget this immigration distraction and get to work giving them money.

GOP leaders' concerns about getting distracted by immigration are shared by the business community and outside groups that bankrolled the party's recent electoral success. High hopes that the new Republican Congress would tackle economic and business issues could be dashed if the party were goaded into an immigration fight.

Meanwhile, Conservatism Inc. is equally clueless. National Review’s meandering editorial on what is to be done [A Constitutional Crisis, The Editors, National Review, November 20, 2014] doesn’t suggest any particular course of action and certainly doesn’t even mention impeachment—odd, considering they employ Andy McCarthy. It simply says: “President Obama’s hubris has forced a constitutional crisis. Republicans need to start saying that — and acting like it.” By doing what exactly?

The truth is only real legal weapon the Republican Congress has is impeachment—a tool that was put in place by the Founders for precisely this kind of situation. If Republicans don’t impeach, it’s hard to see why Republican voters should care about winning them the next election, or indeed any election to come.

For American patriots, the solution then will be political insurrection via a Third Party and/or the creation of a new political force with the power to cripple the GOP and draw votes from Democrats via the white working class.

This is precisely what is occurring in the even more difficult political environment in Great Britain. The United Kingdom Independence Party (UKIP) recently inherited another defector from the Conservative Party, which is also being betrayed by its leadership. Mark Reckless took the honorable route of putting himself up for re-election in his old constituency and has won a crushing victory. This opens the way for UKIP to become a force in Parliament for the first time. [Rochester: Farage looks to more UKIP gains after success, BBC, November 21, 2014]

And if UKIP can do it in a media climate even worse than that of America, there’s no reason Americans can’t.

Parties die if they don’t respond to changing conditions. The person who can control a thing has a power to destroy it. Immigration patriots have, if not the power to fully control the GOP, at least the power to prevent it from ever winning another election.

The alternatives are clear—impeachment, or insurrection.