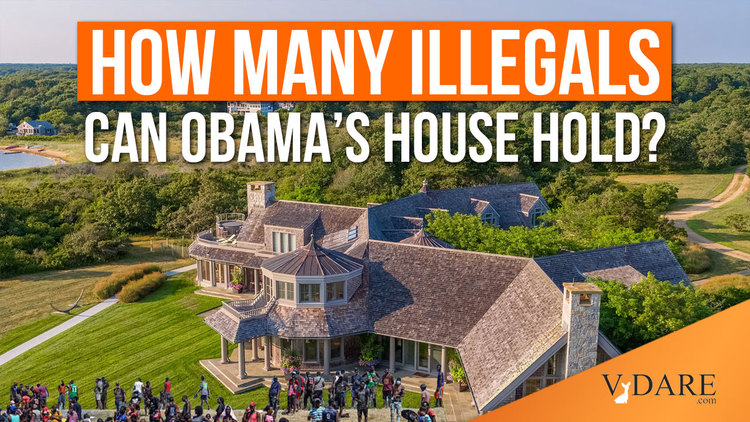 Millions of Third Worlders in recent years have migrated to the white First World in both hemispheres: from South and Central America to the U.S.A. and from Africa and Islamia to Western Europe. They have done so in willful defiance of laws and regulations in the destination countries. Often they have paid their life savings to do so, and risked danger and disappointment.

Among those millions there must be many who, if questioned, would repeat the cant condemnations of White Supremacy and colonialism that are the common currency of the media and educational Establishments all over the globe.

Yet there they are, in the throng, facing the costs and the risks, to move to countries created and maintained by white people, some of those countries trailing long histories of colonialism. To live in such countries is their Revealed Preference, whatever they may have said.

The Revealed Preference of the migrants has a mirror image in the receiving countries. In the populations of those countries—our countries—are many who express sympathy and support for those entering illegally. ”Let them come!” they say, ”No human being is illegal!”

But this week we have been seeing the actual Revealed Preference of those people.

Governor Ron DeSantis of Florida flew fifty illegal aliens to the Ruling Class enclave of Martha’s Vineyard in Massachusetts. (Which, you will remember, is where Barack Obama has mysteriously been able to purchase an $11.75 million, seven-bedroom, 29-acre summer estate.) Ruling Class outrage has ensued, with much bleating about ”playing politics with human beings, using them as props.” Those words were actually Joe Biden’s, speaking on Thursday [Biden says Republicans are ‘playing politics with human beings’ after DeSantis and Abbott send migrants to Martha’s Vineyard and DC, by Kate Sullivan and Sam Fossum, CNN, September 15, 2022]. 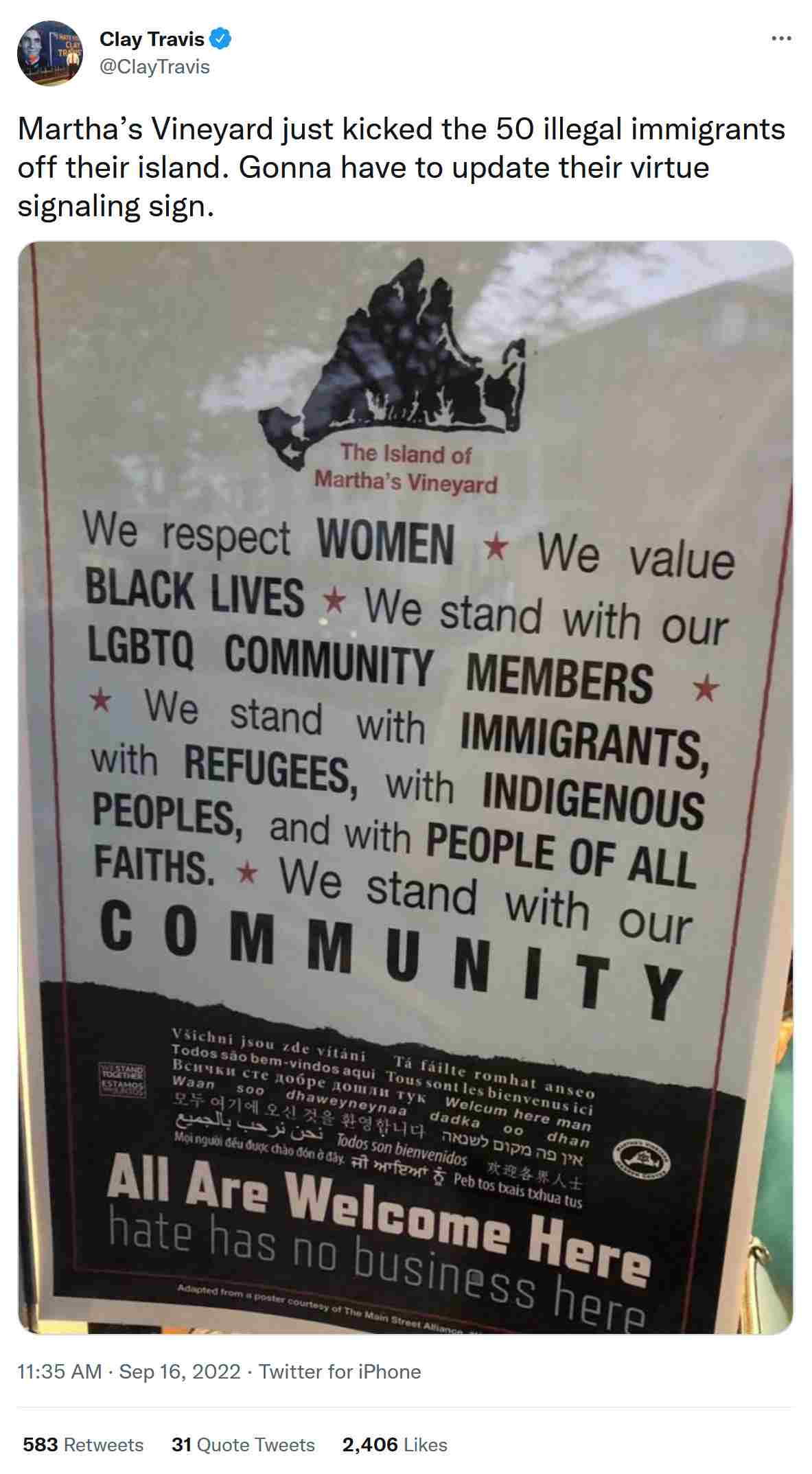 I anticipate a new genre of virtue-signaling suburban lawn signs: NO HUMAN BEING IS A PROP.

That is of course naked hypocrisy. Why have First World Ruling Classes encouraged and abetted mass illegal immigration? To stick it to their own working and middle classes, of course, that’s why—to stick it to the Bitter Clingers, the Deplorables, the Semi-Fascists whom they loathe and despise and want to Replace.

Illegal aliens being used as props for political purposes? See how you like it, Joe.

Governor DeSantis’s move was a supercharged version of what Governors Greg Abbot of Texas and Doug Ducey of Arizona have been doing to our so-called ”Sanctuary Cities.” Those governors have been busing illegal aliens to New York, Chicago, and Washington, D.C. to shrieks of outrage from the mayors of those cities.

Thursday morning two busloads of illegals were dropped off outside the U.S. Naval Observatory in D.C., official residence of Vice President Kamala Harris, courtesy of Greg Abbott [2 buses of migrants dropped off outside VP Harris’s residence near Naval Observatory in DC, Fox News, September 16, 2022]. Fair enough: Harris wouldn’t go to the southern border, so Governor Abbott brought the border to her.

The Observatory neighborhood is the toniest district of our nation’s capital—fine old elegant town houses and diplomatic missions—so I’d guess there is some Revealed Preference being Revealed in the clubs and drawing-rooms there, but so far I haven’t seen any residents interviewed.

I like the growing audacity of these southern governors, and I love the Revealed Preference on display.

Over in the other major part of the white First World, which is to say Europe, the dynamic is somewhat different.

Immigration scofflaws who arrive in southern Europe don’t need buses and planes chartered by politicians to take them north. The north is where they want to be. For one thing, that’s where relatives and friends from their home countries mostly are—millions of them now. For another, the lush, soft, Woke welfare states of northern Europe are easier marks than Spain, Italy, and Greece.

Resistance to the demographic Replacement is stirring in Northern Europe, though. Sweden, the beating heart of white ethnomasochism, had a general election last Sunday. The result was a defeat for the ruling Social Democrats, a narrow win for a coalition of more conservative parties.

Included in that coalition were the Sweden Democrats (SD), described by the Washington Post’s Ishaan Tharoor as ”a party founded in 1988 by ultranationalist extremists and neo-Nazis” [Sweden’s election marks a new far-right surge in Europe, September 16, 2022].

I have not sufficient acquaintance with Swedish politics to tell you whether that description is a fair one. Did Sweden Democrats start out wearing jackboots and giving their party leader straight-arm salutes? Did their original policy platform call for euthanasia of the mentally retarded and an invasion of Poland? I have no idea.

Now we will get order in Sweden. It is time to start rebuilding security, prosperity and cohesion. It’s time to put Sweden first.

The references to ”order” and ”security” there point to the swelling lawlessness in Sweden’s cities, all driven by high levels of immigration from the Balkans and the Middle East.

It’s good that this nationalist party has a share in Sweden’s new ruling coalition. I note, though, that their share of the total vote was only around twenty percent. That zone, twenty to twenty-five percent, was for years the ceiling for the AFD party, Germany’s equivalent of the Sweden Democrats. The AFD have tried to break through it, but with only occasional and local success [Germany’s far-right AfD loses nationally, but wins in the East, by Emily Schultheis, Politico,  September 28, 2021].

So we’re still waiting for a nationalist party in Western Europe to win a big, robust electoral majority. But we may see that next weekend, when Italy goes to the polls on September 25th. 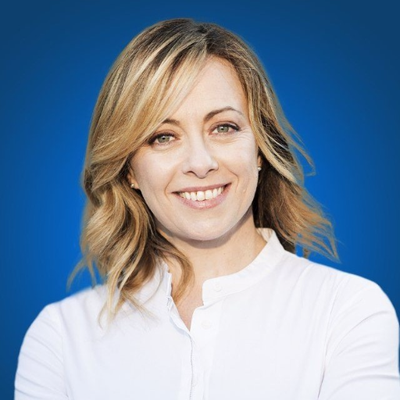 Polls tell us that the favorite to be Italy’s next Prime Minister is 45-year-old Giorgia Meloni, right,  leader of the Brothers of Italy party. Quote from her:

Yes to the natural family. No to the L.G.B.T. lobbies. No to the violence of Islam, yes to safer borders, no to mass immigration, yes to work for our people. No to major international finance.

As a political party platform, that’s not bad. It’s one Americans can only dream of.

But the next best thing to a straightforward victory for some nationalist party in Europe would be for one of the big old dominating social-democratic parties to steal some of the nationalists’ clothes. 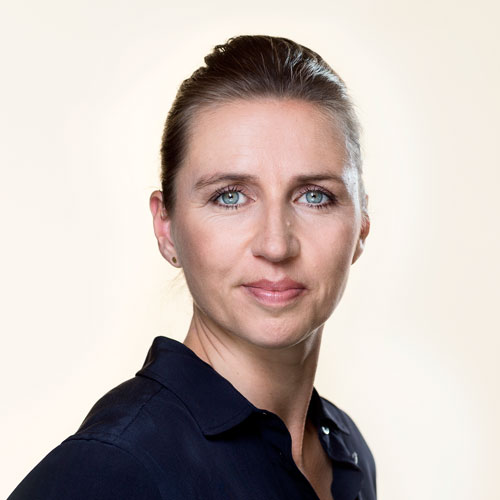 That seems to be happening in Denmark. The Prime Minister of that country is 44-year-old Mette Frederiksen, right, of the, yes, Social Democratic Party. Here’s a thing that she said last month:

Unfortunately, the truth is that immigration policy is closely linked to crime, and that there is too large a group that is not part of Denmark. At the same time, we are seeing a crime picture that is changing, which in my eyes is one of Denmark’s biggest challenges of all, because being unsafe is a huge loss of freedom.

Oh, here’s another thing she said, this one at the opening of parliament last October:

Every fifth young man with a non-Western background born in 1997 had broken the law before turning 21. It’s not everyone. But there are too many young men who take the freedom of others, steal children’s futures, intimidate prison guards—and leave behind a long trail of insecurity.

It has been going on for too many years. Girls who are called derogatory names because they are Danish. Or girls who are subjected to social control because they have become too Danish. A sausage cart in Brønshøj that is attacked with firecrackers because it sells pork…

Denmark’s Social Democrats aren’t stopping at words, though. Last year this same government passed a law saying that foreigners applying for asylum in Denmark could be made to wait in a third country. Now we’ve just been told that Denmark has signed a third-country agreement with Rwanda in South-Central Africa [Denmark’s Left-Wing Government Will Begin Sending Asylum Seekers To Rwanda After Groundbreaking Agreement, by Tyler Durden, ZeroHedge, September 13, 2022]

That’s the same deal the British government struck, also with Rwanda; but that deal was then scotched by the European Court of Human Rights which, for reasons I don’t understand, apparently still has authority in Britain even after Brexit.

Denmark’s in the EU, so perhaps that same court will stop their Rwanda plan. Possibly Prime Minister Frederiksen is hoping that will happen and is just playing four-dimensional chess to appease Denmark’s nationalists, I don’t know.

If her words are empty, though, they’re still pretty good words and there are plenty of nationalists in Denmark who will like them. In a 2019 poll 31 percent of Danish respondents said that immigration brings no benefits, only harms. The year before that, 65 percent of respondents to a different poll said Denmark should not take in any more migrants, legal or illegal [Eurotrack: UK, Denmark, Finland and Norway not pulling their weight on migrants, by Matthew Smith, yougov.co.uk, July 17, 2018].

Sweden, Italy, Denmark: Europe is waking up. When will America?