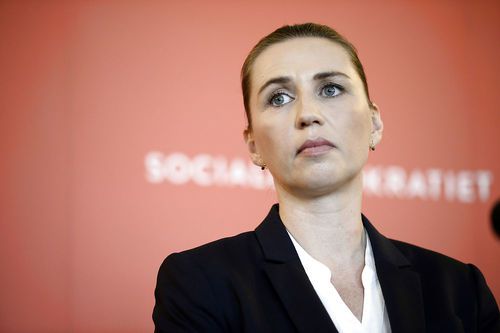 As part of the broad European trend, in Denmark’s parliament the left-of-center Social Democrats, the official opposition & single biggest party, are moving toward increased immigration restriction.

Move is latest in Left’s embrace of tougher immigration rules

Having anti-immigration policies has gone well and truly mainstream in Denmark.

The Social Democrats are the main left of center party and the official opposition, while the Social Liberals are a smaller, but not insignificant, centrist party that idolizes Richard Florida’s book “The Rise of the Creative Class.”

Instead, Social Democrat leader Mette Frederiksen has publicly acknowledged a closer bond with the Danish People’s Party, which has talked of dragging Denmark out of the Schengen agreement and targets a drastic reduction in the number of immigrants and asylum seekers allowed into the country.

So this is kind of like if, I dunno, Joe Biden announced that Gavin Newsome and Kamala Harris had been kicked out of the Democratic Party for being too pro immigration and getting in the way of a potential Democratic deal with Trump to build The Wall.

(It’s worth noting that a former Social Democrat prime minister, Poul Nyrup Rasmussen, back in 1999 attacked the DPP for its harsh views on immigration, using a metaphor to imply the group would never be fit for polite society.)

With general elections due no later than June 2019, most polls show that Frederiksen has a good chance of becoming Denmark’s next prime minister. If she defeats the center-right coalition of Prime Minister Lars Lokke Rasmussen, Frederiksen said this week she intends to form a one-party government, without the Social Liberals. At the same time, she has made clear she’d be happy to accept parliamentary support from the DPP.

Defending her decision to turn her back on the Social Liberals, Frederiksen said, “The differences have become too big.” She said her new affiliations have brought the Social Democrats more “in line with the view of Danes on immigration, and we will continue on that route.” …

Will the American media try to spin even this as the Rising Tide of Fascism?

An awful lot of the impediments thrown by the global establishment in the way of rational immigration reform have been based purely on verbally demonizing anybody pointing out the need to cut back on immigration, such as German center-left technocrat Thilo Sarrazin, as Far Right (i.e., Nazi). But as highly respectable parties like Denmark’s Social Democrats come around on immigration, how much longer can they keep up this smear campaign?

Perhaps in the future, immigration limitation will be seen as a centrist to left of center issue with the pro-business parties of the right being pro-mass immigration? For example, America’s 1920s immigration law reforms were part of a broad center-left good government movement led by progressives with the support of labor against business interests and ethnic lobbies.

Francis Fukuyama called democratization “getting to Denmark” because all around the world people see Denmark as the prototypical “normal country” that they’d like to emulate.

Interestingly, in 2000s, Denmark has taken the lead on immigration limitation (e.g., with Europe’s first measures cracking down on arranged cousin marriages for the purpose of immigration fraud).