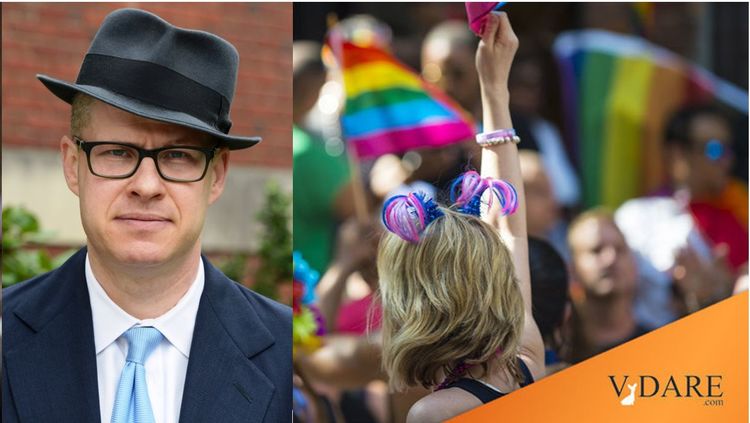 Max Boot: OK, The Great Replacement Conspiracy Theory Is Actually True, But That's A Good Thing Because I Hate You

MAGA Republicans are out of touch with the real America

A more diverse, better-educated country is more liberal, particularly on cultural issues. In other words, more like Provincetown and Martha’s Vineyard, less like the MAGA redoubts where pickup trucks have “Let’s Go Brandon” bumper stickers. https://t.co/mMvYohGN4Q

PROVINCETOWN, Mass. — I’ve been feeling very blue this summer. Oh, I don’t mean I’m depressed — I’ve been having a ball. But I’ve been spending time in some of the most liberal enclaves in America: first Martha’s Vineyard (where former President Barack Obama has a house), then Provincetown, Mass., an LGBTQ mecca where pride flags are ubiquitous. I even took my step-kids to a drag show. (Don’t tell Florida Gov. Ron DeSantis!)

It is easy in such environs to imagine that you’re not in the “real America.” In fact, a friend who lives, as I do, in New York City — yet another Democratic bastion — made precisely that observation in a half-joking manner. “I’m happy not to be in America,” he told me, meaning, presumably, he was happy to be in a place where drag queens are considered normal and Trumpkins are not.

But you know what? Provincetown is the real America. So is Martha’s Vineyard. These communities are undoubtedly on the left and prone to excesses of political correctness that make for easy punch lines. But, in many ways, they might be more representative of 2022 America than the Rust Belt diners where reporters love to take the pulse of Trumplandia.

There is an implicit assumption, shared by many Republicans and Democrats, that “real” Americans are White, rural, conservative, Christian and poorly educated. (“I love the poorly educated,” Donald Trump said in 2016.) Ultra-MAGA Republicans assume that their policy preferences — anti-immigration, anti-gun control, anti-abortion, anti-“woke” — are the only legitimate views that can be held by “real” Americans, and that anyone who disagrees is a pointy-headed elitist or “globalist” who is out of touch with reality.

Yet it is White, Christian, rural, conservative voters who are now in the minority. Indeed, much of the reason that MAGA Republicans sound so hysterical so much of the time is that they know that the tides of economic and demographic change are leaving them behind. The White share of the population has declined from 80 percent in 1980 to just 60.1 percent in 2019. By the 2040s, America is projected to become “majority minority.”

Wait a minute, I that the Great Replacement was a conspiracy theory?

… Our political system has a sharp minoritarian bias, but there is little doubt that Democratic positions are way more popular than Republican ones. …

There is a good reason so many MAGA Republicans are embracing “semi-fascism”:: Their views are too unpopular to command majority support anymore. They certainly don’t speak for the “real” America — to the extent that such a thing even exists.