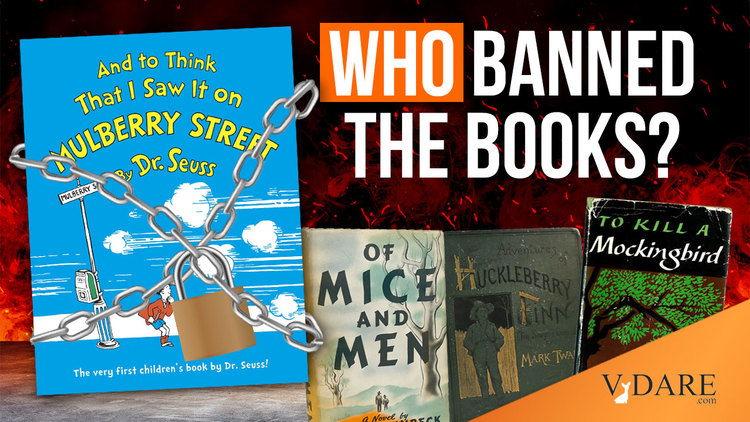 A persistent, highly-mocked social media meme is that of prominent Democrats reading what they claim to be “banned books.” The meme’s implication: conservatives and Republicans are censoring what kids can read in school or borrow from the public library. Nothing could be further from the truth. It’s leftists and Democrats who are censoring books—for what they perceive to be “racism” or other objectionable reasons.

For those unfamiliar with the Democrat-reads-a-banned-book meme, consider a few examples:

California Governor Gavin Newsom tweeted an image of himself “reading” an allegedly banned book, Toni Morrison’s Beloved. “Reading some banned books to figure out what these states are so afraid of,” he wrote. 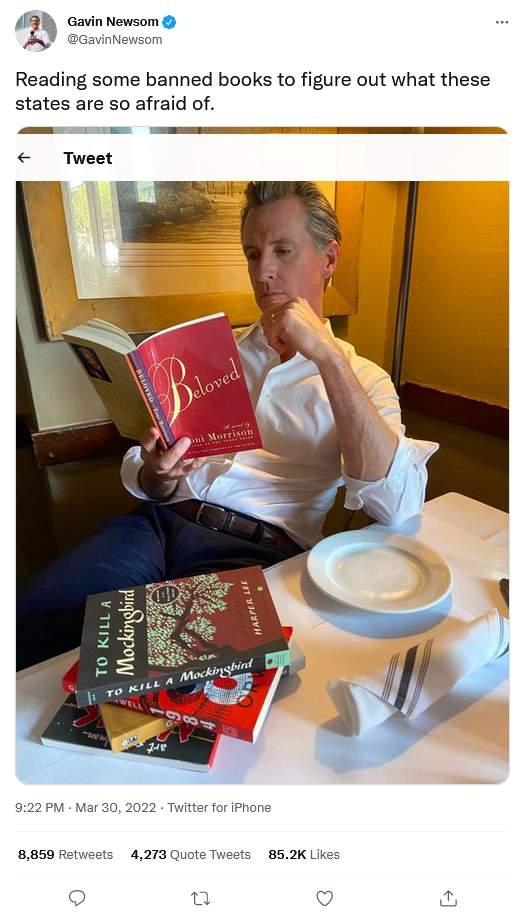 [T]he N-word, 37 instances, and the F-word, only four, but when I checked the F-word reference, I found that Morrison was talking about young black men, sexually frustrated 20-something farmhands, f---ing cows.

Or rather, because of size issues, calves, and this is in Chapter One, which is presumably the one he’s reading….

But here’s the thing: The book was not “banned.” For example, this is what occurred in Virginia.

On May 14, 2022, leftist Chicago Mayor Lori Lightfoot tweeted an image of herself “reading” Mockingbird with this note: “In Texas, reading any damn book I choose. No banning of books or thought. Ever.” 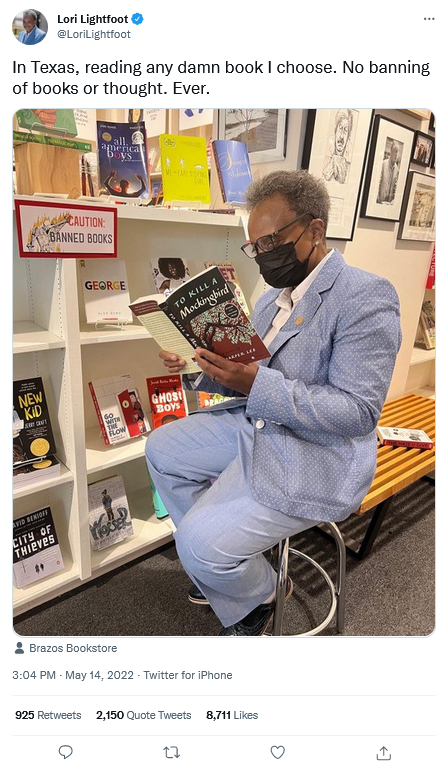 Seuss, indeed, is an enticing target. A few years before that, a librarian in Massachusetts rejected a gift of “racist” Seuss books from First Lady Melania Trump, and the Seuss Museum itself replaced a mural because children’s authors complained. The offending mural contained the “offensive image" of “a Chinese boy / Who eats with sticks” from And to Think That I Saw it on Mulberry Street. 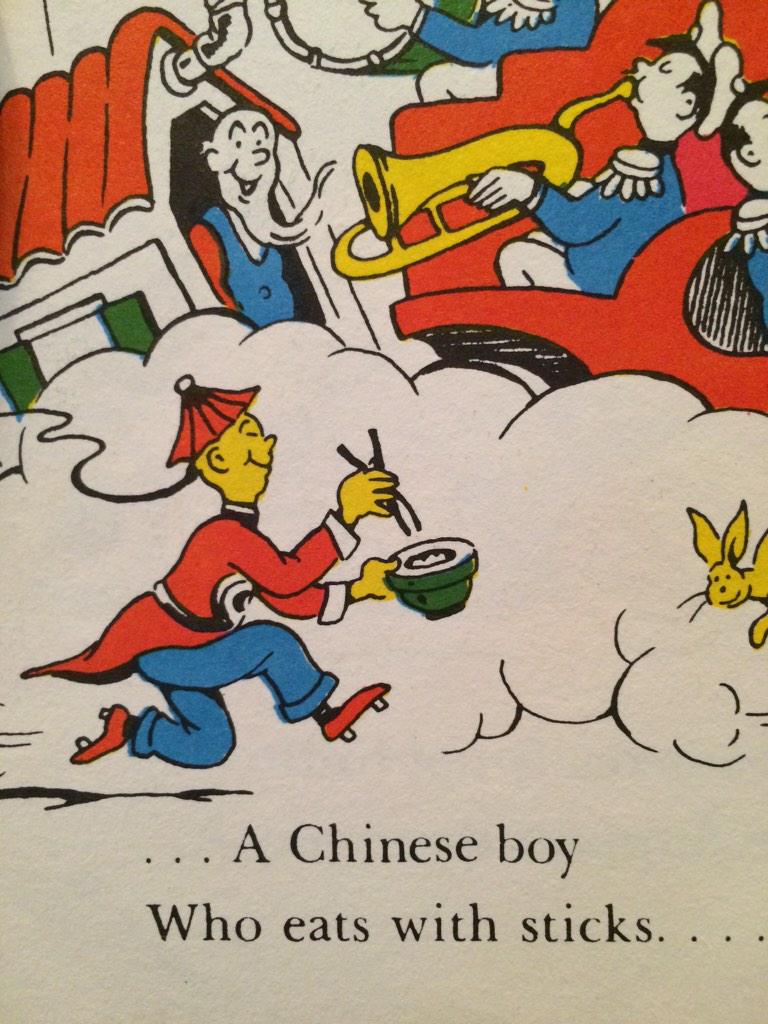 And none of that counts Geisel’s anti-Japanese cartoon during World War II. 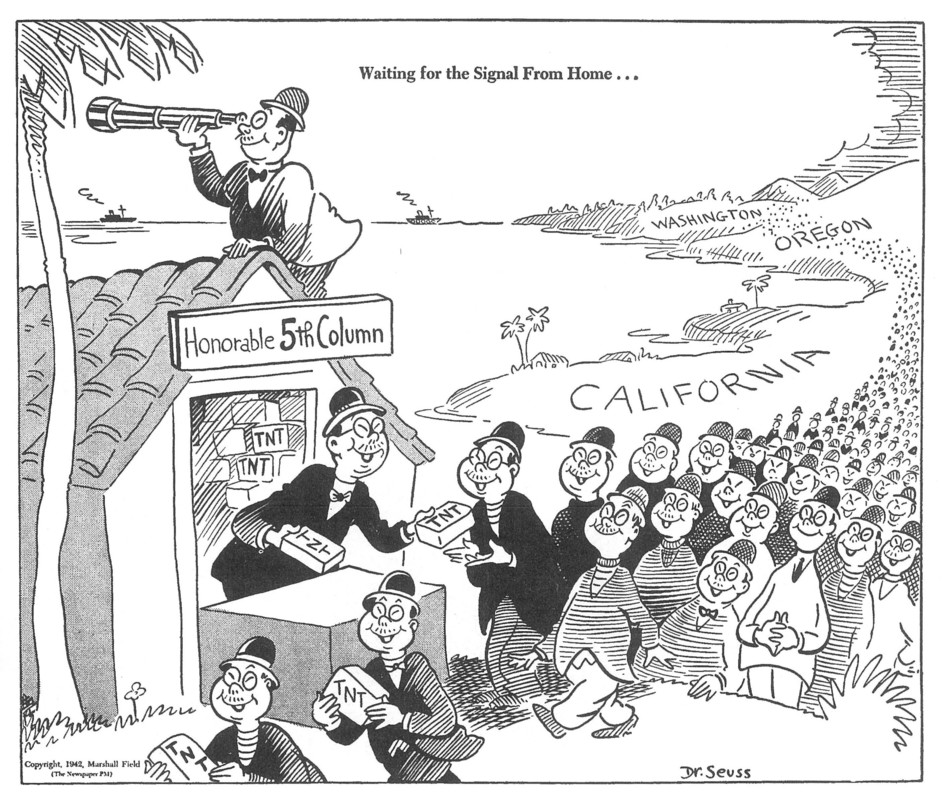 One can be forgiven for dismissing posts like Newsom's and Lightfoot’s as reminiscent of record companies that hype “explicit content” warnings to sell more albums. But that doesn’t mean real censorship isn’t occurring, with real hypocrisy in the background. 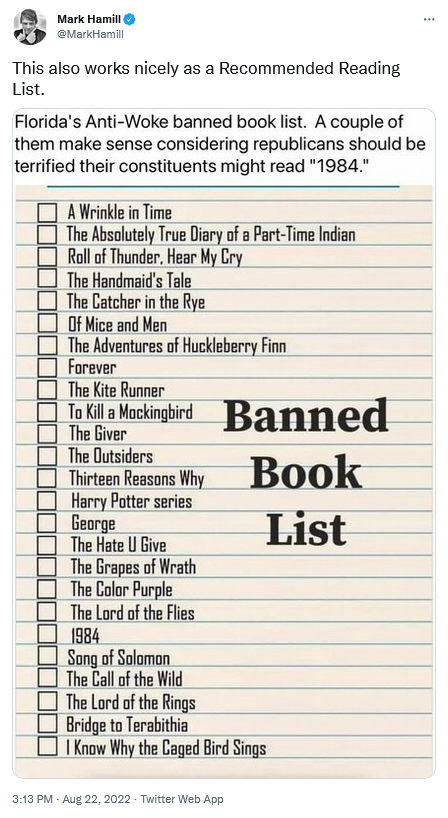 The problem: The list was a hoax. Even usually left-wing outlets like Newsweek called Hamill out for sharing the disinformation. Rating the claims FALSE, Newsweek’s Tom Norton wrote that Hamill offered a “mixture of missing context, misleading and false information”:

While some of the books in this list are not held in some Florida school libraries, the restriction is not state-wide across all schools, and neither does it affect residents who want to buy the books. Many of the books are not banned in schools or otherwise.

The list almost certainly alludes to Florida Governor Ron DeSantis’ signing bill HB 1467 which, like the proposed “Beloved bills” in Virginia, would allow “parents to make decisions about what materials their children are exposed to in school” [Governor Ron DeSantis Signs Bill that Requires Curriculum Transparency, FL.gov.com, March 25, 2022].

The “banned books” are often portrayed as casualties of the supposedly repressive policies of DeSantis or Virginia GOP Governor Glenn Youngkin. To be fair, challenges are often based on content like sexuality and drug use, and many parents oppose texts they consider inimical to American values that are also, like Critical Race Theory, aggressively racist toward whites [Battle Over Critical Race Theory, by Christopher Rufo, Wall Street Journal, June 27, 2021].

In fact, though, conservative parents—the ones the Biden Regime calls “terrorists”—don’t typically force school boards to ban books. Most of the books on Hamill’s list that actually have been banned were Cancelled over left-wing accusations of “racism.”

‘To Kill a Mockingbird,’ Other Books Banned From California Schools Over Racism Concerns

The Absolutely True Diary of a Part-Time Indian has been challenged or banned over the years for myriad reasons, including “vulgarity, racism, and anti-Christian content.”

Here is Wikipedia’s account of what occurred at Farragut Middle School in Hastings-on-Hudson, NY:

In 2020, the book was assigned to an 8th grade English Language Arts class at Farragut Middle School. Upon a passage containing [the Deplorable Word] and sexual intercourse with an animal being read aloud in class without adequate preparation by the teacher, it was reported that this caused “psychological harm” to an African American student and that members of the school community felt “uncomfortable and marginalized while reading and discussing this book.” It was decided to immediately stop discussion of the book to prevent further harm. The book will be re-evaluated by the English department for future use.

But unlike Beloved, Sherman Alexie’s book doesn’t contain scenes of bestiality. Rather, it features a racist joke about Indians, intended to show the evils of white racism.

The great irony is that these books were written by progressive authors of their time, depicting and condemning racism but quoting racial epithets.

Fast forward 100 years: Whites are a diminished population in the school district and a black parent doesn’t understand/ have the emotional maturity to handle a racial slur he sees in a book.

Incapable of attempting an explanation without confronting the harsh realities of race realism, the modern White progressives running the school ban the book to keep the peace.

To thoroughly whitewash the reasons the book was banned, leftists callously blame it on “racist conservatives” so they can have their cake and eat it too: praise the progressive politics of the book amongst other educated whites who “get it,” while shielding it from the sensitive ears of offended minorities.

The great irony of the “banned book” meme, with all of its high and mighty allusions to Nazi book burnings: the most banned books in the world are those by people like Adolf Hitler, David Duke, George Lincoln Rockwell, and various others described as Nazis, racists, or “white supremacists.”

“We don’t ban books like the Nazis,” leftists say, as they ban all Nazi-related literature and strictly censor them without mentioning them in their sanctimonious “banned book” lists.

Countries like Germany not only ban books that question the historicity of the Holocaust but also punish so-called deniers, meaning those who simply express skepticism about the matter [93-year-old German jailed again for denying Holocaust, Associated Press, April 1, 2022]

You don’t have to agree with the Nazis—I don’t—to see a double standard. Either we allow all ideas and information to flow or we should lose the smugness and sanctimony over free speech and “banned books.”

And lest you think only WW2 revisionism is systematically banned, think again.

This is very serious. In June 2019, the Association of American Publishers told the Federal Trade Commission that “Amazon control(s) 50 percent of all book distribution, but for some industry suppliers, the actual figure may be much higher, with Amazon accounting for more than 70 or 80 percent of sales” [Amazon Gets Bulk of Complaint in AAP Filing With US Trade Commission, publishingperspectives.com, June 27, 2019].

In other words, Amazon essentially controls worldwide access to books, which is certainly more dangerous than a mere challenge to a required reading list in a public school district.

American Renaissance author Gregory Hood has cataloged some of Amazon’s other attacks on books it doesn’t like [Amazon and the End of Free Speech, February 27, 2019]:

Additionally, a number of Politically Incorrect news and/or publication outlets, including VDARE.com, have been excluded or booted from Amazon’s affiliate program, which enabled them to make a modest commission if their readers bought books through them.

So next time a leftist preaches to you about “banned books,” remember that they’re only referring to books which were on children’s public school required reading lists to begin with. And these were mostly the works of left-wing, sometimes Communist, authors [Remembering John Steinbeck, a great American writer, by Dave Stancliff, Times-Standard, February 24, 2013], which the Ruling Class has used its authority to transform into pillars of Western Civilization.

Most, if not all, of these required public-school books could be aptly described by this sentence from Alex Graham of Counter Currents:

[S]ome sort of domestic or personal drama in which the protagonist is somehow victimized, often because of his or her “marginalized” status.

In other words, these are often foundational works of feminism, Critical Race Theory, and other Leftist ideologies masquerading as wholesome, nonpartisan, literary fiction.

It goes without saying that books like Peter Brimelow’s Alien Nation and Jared Taylor’s White Identity would never land on required reading lists, although including them would balance what students hear and challenge their thinking. Yet these are books that are fighting for mere survival against governments and corporations hell-bent on censoring them into oblivion.

Next time you hear a sanctimonious leftist pretend he cares about “banned books,” ask him about the actual banned books, and remember the immortal words of Stephen King:

Read whatever they’re trying to keep out of your eyes and your brain because that’s exactly what you need to know.

He didn’t know how right he was.

Jason Kessler [Email him |Tweet him] is a freelance journalist and activist who has written for VDARE.com, Daily Caller and GotNews as well as his own site JasonKessler.us.