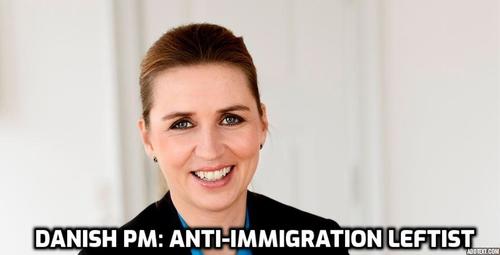 “The Price Of Mass Immigration Is Paid By The Lower Classes”—Anti-Immigrant LEFT Wins Danish Election. Why Can’t This Happen In U.S.?

Europe’s Cultural Marxist newspapers are gloating that nationalists performed poorly in this week’s Danish Parliamentary elections: for example, “The big news of the election was that the DPP [Danish People’s Party] lost more than half its seats, decimating their influence and plunging the party into a crisis it might not survive”. [Europe, take note: in Denmark, the humanitarian left is on the rise, by Michael Strange, Guardian, June 7, 2019] The problem with this gloating: the victorious Social Democrats actually stole the DPP’s immigration patriotism issue. Also other, even tougher anti-immigration parties made gains.

It is certainly true that the Danish People’s Party did badly, declining from 21% of the vote at the last election to 8.7%. (Denmark has a Proportional Representation system). But this wasn’t as disastrous as opinion polls had predicted. The right wing “Blue Block” of parties, who tend to form government coalitions together, had been 10% behind in the polls for weeks, but, in the end, they were only about 2.5% behind. Also, the Danish People’s Party had been part of the government and there is a tendency in Denmark for junior government parties to be punished at the subsequent election.

But the most important reason for the poor showing of the DPP: its central policy—of very heavily restricting immigration—is so wildly popular in Denmark, and anti-immigration attitudes so much the norm, that Danes feel they can kick out a right wing government in favor of a Leftist one and still maintain what the Anglosphere would term a “hostile environment” to immigrants.

As I have reported before, unlike in neighboring Sweden, the Danes have a strong tradition of free speech, have followed the Geneva Convention to the letter since 2002 when they introduced Europe’s most stringent immigration policies, and as far back as 2003 took only nine percent of asylum applicants compared to Sweden’s 60%. In 2018, the Immigration Minister, Inger Stoejberg, of the center-right Venestre party, actually declared that “Ramadan is a danger for us all” and personally republished a Prophet Mohammed cartoon.

Venestre came third in the 2015 Election, with 19.5%, but as they were the governing party already, and because the “Blue Block” parties got the most votes, the Queen of Denmark allowed them to form a minority government, though they were eventually forced to bring the Danish People’s Party, who had come second, on board.

Paradoxically, the mainstreaming of anti-immigration policies has been a bitter-sweet victory for the Danish People’s Party. Their parliamentary representation has been decimated and the Social Democrats will almost certainly lead the next government. But what the Guardian’s Michael Strange [Email him] ignores is that the anti-immigrant Venestre Party increased its vote share from 19% to 23.4%. The Social Democrats, the leading Red Block party, garnered 25.9%, a fractional decrease from 2015. But this party’s vote didn’t decline further, for the reason Al Jazeera pithily headlined: “Anti-immigrant left” wins election as Danes reject far-right, by Florian Elabdi, June 6, 2019.

The Danes, as a people, are so anti-immigration, and it is so socially acceptable to take this stance, that all but the extreme Left have been forced to adopt the traditional policies of the Danish People’s Party. The SDP leader, Mette Frederiksen (below) who, at 41, will become Denmark’s youngest ever Prime Minister, has cannily moved the SDP to the left on economics but, by Western European standards, to the “far-right” on immigration.

In what to American eyes must appear a return to Samuel Gomperism, she has said:

For me, it is becoming increasingly clear that the price of unregulated globalization, mass immigration and the free movement of labour is paid for by the lower classes.

Indeed, Fredericksen has made clear that she’d be perfectly happy to include the Danish People’s Party in her government.

Under her leadership, the SDP has already voted in favor of laws stripping refugees of their jewelry and banning the burqa and niqab in public places. Her party abstained on, rather than vote against, legislation requiring mandatory handshakes for Muslims at citizenship ceremonies (observant Muslims supposedly won’t shake hands with women—no apparent exception on Orthodox Jews) and on a plan to house criminal asylum seekers on an island used for researching contagious animal diseases.” In February, Frederiksen supported of a Danish People’s Party plan to make “repatriation” rather than “integration” the central goal of the country’s asylum and immigration policy.

“For years, we have underestimated the challenges of mass immigration,” the Guardian’s Orange quoted Frederiksen as saying. “Economic policy and foreign policy in Europe have been too liberal. We have failed when it comes to maintaining the social contract, which is the very foundation of the social-democratic social model.” Almost 40% of SDP members think that Denmark’s immigration policies, the strictest in Europe, are “too lax”. The Guardian quotes an SDP legislator:

The reactions that I’m meeting on the street are overwhelming. It is one of the areas where you have seen the consequences of mismanaged immigration, and you have also seen working-class people leaving the Social Democrat party. But they are now returning”.

There appears to have a paradigm shift among the Danish Political Class. They have realized that multicultural virtue-signaling about immigration will lead to oblivion. It’s time to return to gaining status by virtue-signaling, once again, about the Danish white working class.

Indeed, anti-immigration policies in Denmark have become so mainstream that the real “far right” is product-differentiating, advocating policies that have been unthinkable in other Western European countries, since the 1970s.

A brand-new party called New Right received 2.4% of the vote, just above the 2% threshold to enter the 179 seat Folketing (Danish Parliament), and thus 4 seats. New Right, led by Pernille Kronberg, below, is a split from the right-wing Conservative People’s Party, itself a split from Venestre, which also doubled its electoral support to 6% on June 5th.

New Right dismisses the Danish People’s Party as too lenient on immigration. It advocates withdrawal from the UN Refugee Convention and thus rejecting all asylum seekers that turn up in Denmark without exception, accepting only those refugees allotted by UN agencies. It espouses deporting all immigrants or people with temporary residence who can’t financially support themselves, banning all Islamic headscarves, introducing

And there was also a party even further to the immigration patriot right which narrowly missed out on entering the Folketing: Hard Line, led by 37-year-old lawyer Rasmus Paludan, right, advocates expelling all Muslims from Denmark and moving those who refuse to go home to a camp in…Eastern Greenland!

Paludan leads protests in Muslim areas in which he defaces and burns the Koran, resulting in unrest in one Danish town in April. The leader of its list in one of Denmark’s large electoral regions was race and intelligence researcher Professor Helmuth Nyborg, left, who has been published by VDARE.com and spoken at American Renaissance conferences. Polls in May predicted that Hard Line would enter parliament with between 2.7 and 3.9% of the vote. But they ultimately received just 1.8%, missing the Folketing 2% threshold by a whisker. 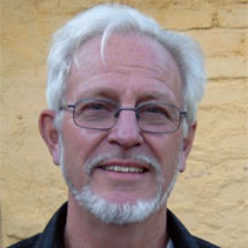 So Guardian’s headline that this week’s Danish result heralds the rise of the “Humanitarian Left” is a quite fantastic piece of self-delusion. The plain fact is that anti-immigration and anti-Muslim sentiment is triumphant in Denmark—and the Danish Left has adapted to this new reality.

The bad news for Americans: the U.S. Left—the Democratic Party—is simply incapable of compromising on immigration, because of its ethnic makeup.

The good news: an immigration patriot GOP/GAP wouldn’t have to worry about having the immigration issue stolen from it!