Richard LaMountain
A+
|
a-

See also: Astonishing Immigration Patriot Victory In Montana—No Thanks To GOP, Which Ran Away (And Lost)

Will a majority of Oregon voters support a Republican presidential candidate whose signature issue is immigration patriotism—namely, Donald J. Trump? It could happen.

At first glance, the question seems ludicrous: recent years' voting ranks Oregon as among the bluest of states. Still, the 2014 general election saw an interesting development that could—so long as Trump keeps immigration control at the fore of his campaign—portend good things for him.

And as we'll see, some of that good may come, ironically, from the state's most liberal county.

First: Just how blue has Oregon been in recent years? Let's start with the last few presidential elections.

(In each of these years, a smattering of independent and third-party candidates won votes as well.)

The last GOP nominee to win the state was Ronald Reagan in 1984—almost a third of a century ago.

Oregon has not elected a Republican governor since 1982. Its current governor is Democrat Kate Brown, for 17 years one of the state legislature's most liberal members. In early 2015, Brown was elevated to the governor's office from her elected position as secretary of state after the resignation of scandal-plagued John Kitzhaber only three months after his reelection.

And in recent elections, Oregon voters have approved liberal (and often union-supported) ballot measures, including ones that have hiked taxes on corporations and high-income earners (2010) and legalized recreational marijuana (2014).

Given all this, Oregon may seem hopelessly inhospitable to a GOP presidential candidate, especially one strongly identified with a "rightist" position like immigration control.

But in 2014, as we'll see in more detail below, the state's voters did something seemingly out of sync with their liberal electoral history: they soundly defeated, via referendum, a state bill that would have granted driving privileges to illegal aliens.

Could this translate to support this November for Donald Trump, a full-throated Republican immigration restrictionist? Let's examine the question further.

They haven’t had to. Distressingly, this silence on immigration includes Republicans. Former U.S. Senator Gordon Smith, the last statewide GOP officeholder, was notoriously ambivalent on immigration—voting for an illegal-alien Amnesty in 2006, against one in 2007, and never showing leadership on the issue from either side. In 2008, he lost his reelection bid to Merkley. (Significantly, in that year a little-noticed local anti-illegal alien initiative in Columbia Country carried overwhelmingly, but was promptly suppressed by a liberal judge).

Chris Dudley, the 2010 GOP gubernatorial nominee, and Monica Wehby, the 2014 GOP U.S. Senate nominee, ran typical consultant-direct campaigns that were light on specific issues and heavy on vague Republican bromides. Both lost. (This was a particularly disgraceful in Wehby’s case because a state-wide anti-illegal alien initiative won overwhelmingly in 2014—but she had run away from it).

State representative Dennis Richardson, the Republican Party's losing 2014 nominee for governor, opposed—albeit quietly—illegal-alien driving privileges. But he never took the initiative to champion other policies that might have stemmed illegal immigration to Oregon: for instance, mandatory use of E-Verify by the state's employers; reining in state services to illegal aliens; repealing Oregon's Sanctuary-State law.

So in Oregon, Republican immigration squishiness hasn’t done the party any electoral good. But might Donald Trump—a Republican who has made immigration control his campaign's central issue—have a chance to win the state? The answer may hinge primarily on the voters of one county: Multnomah. 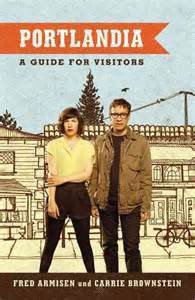 Though comprising but a sliver of land in the state's northwestern corner, Multnomah County is home (as per a 2015 U.S. Census Bureau estimate) to some 780,000 residents, almost one-fifth of Oregon's population of just over 4 million. The county's largest city is Portland—nationally famous, via IFC TV's hit series Portlandia, for its trendy, hyper-liberal population and "progressive" city government.

In Multnomah County, in May 2016 registered Democrats outnumbered Republicans by more than four-to-one (270,063 to 65,184, with 97,560 "nonaffiliated" voters and some 32,000 split among various minor parties). Recent voting has reflected that disparity:

And in many elections, the votes of Multnomah County's large and relentlessly liberal population overwhelm the votes of the state's other 35 counties.

Amazingly, not necessarily. For there's more to the story. Indeed, it is within Multnomah County that optimism may be found for a statewide Trump victory.

In the 2014 general election, as mentioned above, via a citizen-initiated referendum led by Oregonians for Immigration Reform, Oregon voters defeated Senate Bill 833, a bill passed by the state legislature in 2013 that aimed to grant "driver cards” to illegal aliens. The margin of defeat was overwhelming: 34 percent of voters supported the cards while 66 percent opposed them. The "no" vote exceeded the "yes" vote in 35 of the state's 36 counties—the one exception, more on which below, being Multnomah.

What might this portend for Oregon's 2016 presidential vote? Let's return to Multnomah County—the only one in which a majority of voters backed driver cards.

Fifty-five percent of the county's voters—162,565 in all—were driver-card supporters. Indeed, of the total statewide "yes" vote of 506,751, just shy of one-third came from Multnomah County.

Now, in Oregon's vote-by-mail general elections, ballots are cast secretly and do not disclose a voter's party identification. So there's no way to know how registrants of particular parties voted.

Still, given Multnomah County's four-to-one Democratic-over-Republican advantage, it is reasonable to assume this: thousands of its Democrats, who routinely cast straight-party votes for Democratic candidates, found the driver-card issue so important as to expressly reject, via their "no" votes, what long has been their party's come-one-come-all orthodoxy regarding illegal immigration.

Politically, this means that if a Republican candidate can decouple the immigration issue from the GOP label—a label toxic to many non-Republicans—he could win the votes of many Democrats who normally, and even reflexively, vote only for their own party's candidates.

And largely, this is something Donald Trump already has done. Trump is, of course, a Republican. And yet he is the most "un-Republican" GOP nominee in recent history, the one least identified with the party as an institution—breaking from the party elite's Open-Borders orthodoxy, as he has, on the nation-defining issues of trade and (most especially) immigration. And, because of those stands on trade and immigration, he has done something few other Republicans can—induced many Democrats and independents (at least in open-primary states) to participate in GOP primaries with the express intent of voting for him. Via those issues, indeed, he has forged a "crossover appeal" that transcends the GOP brand—an appeal that could extend through the general election.

The illegal-alien driver card vote has already proved that immigration control has strong electoral appeal in the state—and across partisan lines. If Trump were to come to Oregon and publicly praise, indeed tie himself to, the phenomenally successful anti-driver-card campaign—supported not just by Republicans and independents but Democrats statewide, apparently including thousands in liberal Multnomah County—he may, on the basis of this one issue, give himself the chance to win the many non-Republican votes he'll need for victory in this heavily Democratic state.

Also consider: In Multnomah County in May's Oregon Democratic presidential primary, Bernie Sanders trounced Hillary Clinton 110,689 votes to 76,106 votes. Some of these Sanders voters—because of their dislike for Clinton or their preference for Trump's stand on trade (if not immigration)—may be inclined to support Trump in November. In June, indeed, in a national Bloomberg Politics poll of Sanders supporters, only 55 percent said they planned to vote for Clinton; 22 percent said they'd vote for Trump and 18 percent for Libertarian nominee Gary Johnson.[ Nearly Half of Sanders Supporters Won’t Support Clinton: Poll, by Joshua Green and Sahil Kapur, Bloomberg, June 22, 2016 ]

Doubtless, as Election Day draws nearer, many Sanders voters will reconcile themselves to Clinton. But what if even half of those who told Bloomberg they'd vote for Trump follow through? In Multnomah County, that would be more than 12,000 Sanders supporters—people who voted in the Democratic primary—would cross party lines to vote for Trump. (And if some went to Johnson or Stein, that would help Trump too.)

Another factor that could portend a possible Oregon Trump victory: In July 2015, according to the U.S. Census Bureau, the percentage of the state's population that considers itself "white alone" is higher than that of the nation as a whole (87.6 percent in Oregon vis a vis 77.1 percent nationally). By itself, this does not assure a better outcome for a Republican immigration-control candidate—51 percent of whites even in the quintessentially Middle-American state of Iowa, after all, favored Obama over Romney in 2012.

But overall, whites are more favorable toward immigration restriction than are Americans of other races: a December 2014 Gallup Poll taken shortly after Obama announced his illegal-alien Executive Amnesties showed whites opposed the Amnesties by a two-to-one margin but that some two-thirds of blacks and Hispanics supported them. It only stands to reason, then, that Trump's position on immigration might help him in whiter-than-the-norm Oregon.

Trump has declared he'll vigorously contest some states that long have voted "blue"—including New York, New Jersey, and even "majority-minority" California. He should look also to Oregon—where, unlike in other blue states, voters have supported, and overwhelmingly, a statewide ballot measure aimed explicitly against illegal immigration.

If any state is ripe to deliver a surprising result—and on the basis of Trump's signature issue—it is Oregon.

Trump should target and pay an extended visit to the state and declare repeatedly his admiration for Oregonians' defeat of illegal-alien driver cards. By doing so he could, in pundit-speak, put Oregon and its seven electoral votes "in play" for a Republican presidential victory in 2016.

Richard F. LaMountain (email him) served as a chief sponsor of the 2014 referendum via which Oregon voters rejected "driver cards" for illegal aliens.