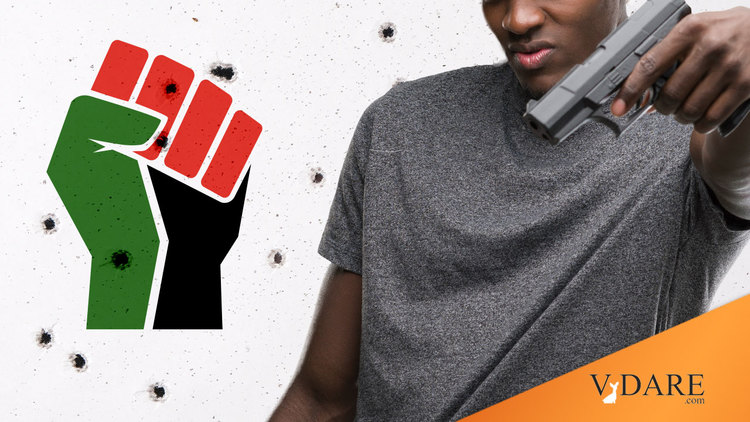 What, To The Historic American Nation, Is Your Juneteenth? A Good Day To Stay Indoors And Avoid Gunfire

In 1852, when slavery was still a thing, Frederick Douglass asked, "What, to the American slave, is your Fourth of July? "

We might ask, "What is Juneteenth to Historic American Nation?"

Pedro Gonzalez points out that it's not so much a pro-black as an anti-white, anti-American thing, or as Jack Dalton put it above, a "blood libel against white America."

My column against Juneteenth, a day that was federalized to symbolically discredit and denigrate the American nation. https://t.co/ug1LVL53iy

It's really about blacks as sacred objects. Of course, in 2022, it's competing with Pride Month, etc. See June Is Pride/Juneteenth Showdown Month, Evanston, Illinois Cancels 4th Of July Parade, Still Celebrates Juneteenth And Gay Pride With Parades...,  and The New High Holy Days Of May-June.

Immigrants from Haiti and Africa tried last year to get deportations suspended in honor of Juneteenth, and I wrote about it in Black Immigrants, Descendants Of Slave Traders, Not Slaves, Culturally Appropriating Juneteenth.

The countries being considered as places where America is not allowed to send illegals back to include Cameroon, Mauritania, South Sudan, Somalia, the Bahamas, Ethiopia and Sierra Leone.

These are mostly places that sent slaves to the US, and there's an astonishing quote from one activist named Diana Konaté, born on the Ivory Coast, another historic exporter of slaves:

Konaté said many of the rights she has in the U.S. as a Black immigrant are the “direct result of the ongoing and continuous fighting that Black people in this country have been engaged in for centuries.”

Ahem! They've only been engaged in this struggle because her ancestors sold them to men with ships.

Slavery was an African custom which was abolished, at great cost in blood and treasure, in the United States in 1865. It wasn't actually abolished on June 19th. As Steve Sailer pointed out

this obscure event in Texas history marks the official day of emancipation only in remote Texas on June 19, 1865. It came earlier in the heartland of the south where the Civil War was actually fought

What it actually means, in practice, even before it was an official Federal holiday, is a huge summer street party in black neighborhoods. And what that means, especially in 2022, is rioting and gunfire. Badly aimed gunfire, true, but frequently lethal.

This is CNN story from last year. John Cardillo, who Tweeted it, gives you a better idea of what the story is about than you'd get from actually reading it:

7 killed, more than 40 injured in 10 mass shootings across US over the weekend

Pretty much every incident was black on black while “celebrating Juneteenth.” https://t.co/BMGWQYhx3S

So what is Juneteenth to you and me? A day to stay inside, or if not, at least to avoid large crowds of blacks, obeying Derbyshire Rules (10a) through (10e)

10a) Avoid concentrations of blacks not all known to you personally. (10b) Stay out of heavily black neighborhoods. (10c) If planning a trip to a beach or amusement park at some date, find out whether it is likely to be swamped with blacks on that date (neglect of that one got me the closest I have ever gotten to death by gunshot). (10d) Do not attend events likely to draw a lot of blacks. (10e) If you are at some public event at which the number of blacks suddenly swells, leave as quickly as possible.