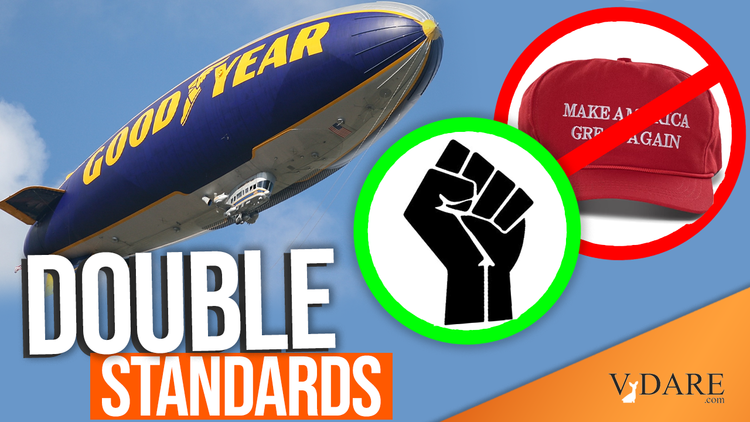 Acceptable are "Black Lives Matter" and all kinds of LGBTQetc. slogans and banners. 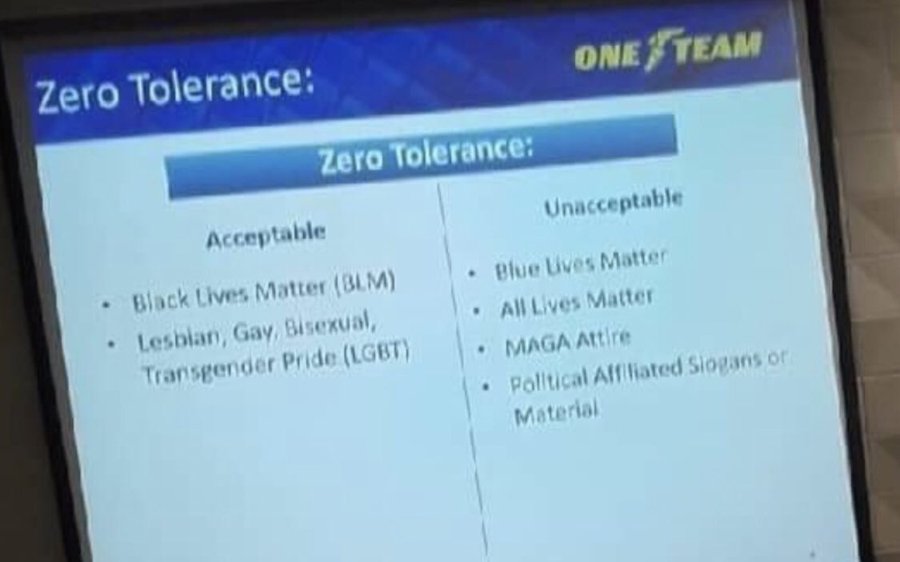 The double standard here is that BLM and LGBTQetc. are somehow not "discriminatory" or racist, or even political. And the ban on "Blue Lives" and "All Lives" is because they're implicitly white.

Of course, Corporate HR departments are always anti-white, and they get their power from "hostile environment" law [ What Speech Does "Hostile Work Environment" Harassment Law Restrict?, by Eugene Volokh, 85 Geo. L.J. 627, 647 (1997)].

It does not, in effect, ban anti-white, anti-American, Christophobic, or pro-illegal speech, because the people who enforce these things don't think that's racist.

That last is in response to an article that said Microsoft staff are openly questioning the value of diversity, by Dave Gershgorn, Quartz, April 19, 2019.