UK’s Katharine Birbalsingh, Girls Just Wanna Have Fun—Or At Least Not Do Math. What’s Wrong With That?

A fascinating furor is taking place in England, in which the Left’s cognitive dissonance—caused by their living in a comforting world of lies—is on full display. The problem: a POC educator, Indo-Guyanese New Zealand–born  Katharine Birbalsingh, has dared to say, not that girls just wanna have fun exactly, but that they certainly don’t want to do math. All the evidence suggests that she is right, for powerful evolutionary reasons.

Birbalsingh is head teacher (= principal) of Michaela Community School in Wembley, an extremely poor and vibrant area of London. Known as “Britain’s strictest school” [Britain's strictest school gets top marks from Ofsted, by Richard Adams, The Guardian, June 16, 2017], Birbalsingh’s leadership has permitted it, despite all the area’s disadvantages, to achieve outstanding exam results and excellent school inspection ratings.

Birbalsingh, now a self-described conservative although she was a Trotskyite at Oxford, has accomplished this by ignoring every Leftist teaching fad, and returning, as far is legally possible, to traditional teaching and discipline.

As a result, Birbalsingh has been made “social mobility commissioner” by Boris Johnson’s government, because of her demonstrated ability to attain excellent school-leaving certificate (“GCSE,” aged sixteen, and “A-Level,” aged 18) results from poor-background pupils.

But she’s got into trouble because, being a born-again conservative, she has a naïve belief in old-fashioned things such as “science,” the empirical method, “truth” and “telling the truth.”

Last month, she told the U.K. parliament’s “science and technology committee inquiry on diversity and inclusion in Stem subjects” that “physics isn’t something that girls tend to fancy. They don’t want to do it, they don’t like it” [Girls shun physics A-level as they dislike ‘hard maths’, says social mobility head, by Hannah Devlin, The Guardian, April 27, 2022].

She further told the committee that at her own school only 16% of A-level physics students were girls, which was lower than the national average of 23%. When she was asked why so few girls did A-level (which stands for “Advanced Level”) physics, despite outperforming boys at GCSE (which stands for “General Certificate of Secondary Education”), she said:

I just think they don’t like it. There’s a lot of hard maths in there that I think they would rather not do. The research generally…just says that’s a natural thing. I don’t think there’s anything external. [My emphasis].

As we will see shortly, Birbalsingh is simply telling the truth. But, as we all know, the Left hates the truth, because it contradicts their virtue-signaling equalitarian dogmas. Indeed, to make matters worse for these “All Physicists Should Be Girls” campaigners, Birbalsingh added that she was “certainly not out there campaigning” for more girls to do physics:

As quoted in The Guardian, Dame Athene Donald [Tweet her], Professor of Experimental Physics and Master of Churchill College, Cambridge, claimed the comments were “terrifying” and “quite damaging.” She “questioned to which research Birbalsingh was referring in suggesting that girls had an intrinsic lack of appetite for maths and physics” [my emphasis] and added:

It’s not a case of campaigning for more girls to do physics, it’s a case of making sure that girls aren’t discouraged by remarks like this. We want girls to be free to pursue what they’re good at and, equally, boys should also be able to go into professions like nursing. We aren’t in a society like that.

Dr. Jess Wade, “a physicist at Imperial College London who campaigns for equality in science,” was quoted in The Guardian as saying:

I honestly can’t believe we’re still having this conversation. It’s patronising, it’s infuriating, and it’s closing doors to exciting careers in physics and engineering for generations of young women. Whilst girls and boys currently choose A-level subjects differently, there is absolutely no evidence to show intrinsic differences in their abilities or preference.

Wade, as I’ve noted before, is a fairground mirror manifestation of the emotion-driven minority Leftist “New Church Lady.” This incredibly privileged, privately educated, hereditary scientist manipulates Wikipedia so that lots of very minor female scientists have entries; edited the Wikipedia page of conservative scientist Dr. Edward Dutton, who vlogs as The Jolly Heretic at both YouTube and Bitchute and whom she openly dislikes while declaring no conflict of interest; had a video review of the ludicrous, race-denying book Superior by Angela Saini [Email her] removed from YouTube and then childishly gloated, “Yes! Take that, racists!” upon succeeding; and campaigned (successfully) to get Prof. Alessandro Strumia removed from CERN for his empirically accurate statement that women aren’t as good at physics as men.

Wealthy Wade [Tweet her], like the stereotypical female, is emotionally-driven and thus goes into a vulnerable narcissistic rage when confronted with what she knows, deep down, that she is: a fragile “poor little rich girl.”

So let’s actually look at the “research” that Churchill College’s “Master” Dame Athena Donald says she wants to see.

It’s there in plain sight in terms of ability in physics and math. Thus Claremont McKenna psychologist Diane F. Halpern and colleagues have made sense of the results that Birbalsingh has observed [The Science of Sex Differences in Science and Mathematics, by Diana Halpern et al., Psychological Science in the Public Interest, 2007]. There is greater variability among males than females; meaning more very low IQ men but also more very high IQ men. Females may have about the same average IQ as males (Richard Lynn controversially argues women average slightly lower), but they average higher verbal intelligence, while males average higher mathematical and spatial intelligence. 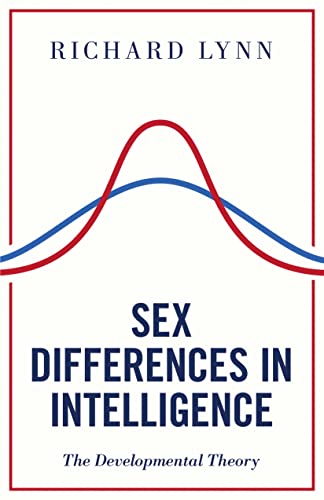 On this basis, we would expect females to potentially do better than males in relatively easy math and physics when assessed at the age of 16—which is when English pupils take their GCSEs. By the age of eighteen, when they take their A-Levels, boys would be further through puberty. Not only that, but the level of math would be more difficult, meaning that the male variability hypothesis would become more relevant. There simply wouldn’t be enough females with sufficiently high mathematical and spatial intelligence.

It seems, however, that in 2021, girls outperformed boys in GCSE and A-Level math for the first time, as gloatingly reported in The Guardian [Girls overtake boys in A-level and GCSE maths, so are they ‘smarter’?, by Richard Adams, The Guardian, August 13, 2021].

However, there are reasons for this, as the newspaper admits. Boys, compared to girls, are less conscientious and less future-oriented, and thus more prepared to take risks. As a result, they do better if a subject is assessed by a couple of exams—a high-stakes situation—than by coursework, where you have to work hard over a long period.

Female mathematician and teacher of mathematics Jennie Golding, of UCL’s Institute of Education, told The Guardian:

One of the big frustrations of teaching teenage boys is that you can see the potential that’s there and the thinking that’s going on, but they very often haven’t got the maturity or the social outlook to apply that steadily through their teenage years. Give boys high-stakes exams and they have something to focus on that’s relatively short-term, and they can apply themselves for that relatively short period.

There has been an ongoing movement for decades away from exams and towards coursework. This favors girls, says Golding, because they “work more steadily.” This was particularly extreme between 2020 and 2021 due to Covid-19. Results were entirely a matter of teacher assessment of work across the two-year courses.

Additionally, Golding told The Guardian that exams are a superior a means of assessing ability and knowledge than is coursework:

Exams are a real catalyst for pulling together learning, for synthesising learning, and students tell us that’s more so in maths than in other subjects.

She added: “We’ve got significant evidence of an increasing incidence, both from GCSE and A-level maths, of students saying ‘Yes I’ve got an A* [the top grade] but I didn’t really get it.” The Guardian paraphrased Golding as saying that “University academics say we are seeing more of this, particularly among young women.”

This fits with the idea that girls aren’t as good at math as boys but they do better because of the—highly suboptimal—method of assessment.

For this reason, argues Golding, many females who study math at university have “imposter syndrome”—which may partly explain Jess Wade’s furious, triggered reaction to Birbalsingh’s comments.

And, anyway, despite the outraged response to Birbalsingh, it is simply true that many females wouldn’t want to do math and physics even if they could. 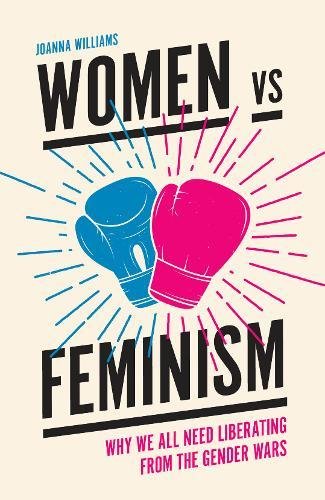 As English educationalist Joanna Williams has set out in detail in her book Women vs Feminism: Why We All Need Liberating from the Gender Wars, for sound evolutionary reasons, males and females have different psychologies and thus different interests. Males are evolved to win battles and build shelters, which require highly logical thinking and an interest in objects and how they work. Females are evolved to nurture children, and, so, be interested in caring, relationships and how people think and feel. This is reflected, as Williams shows, in males being attracted to physics and math while females prefer linguistically oriented subjects focused on people and relationships, such as sociology.

British psychologist Simon Baron-Cohen has amassed a great deal of data in favor of genetic sex differences in interests [The extreme male brain theory of autism, by Simon Baron-Cohen, Trends in Cognitive Science, 2002]. From a very young age, meaning it’s significantly genetic, boys are interested in objects and how they work, while girls focus on feelings, relationships and nurture.

This is because autism and empathy sit at opposite ends of a spectrum. The extreme male brain is autistic. It is interested in systematizing and is thus “feelings-blind.” The extreme female brain is highly empathic—evidenced in even very young girls’ concerns that nobody is excluded—but it is “system-blind.”

For this reason, in societies that are the most gender-equal—where women really can do what they like, such as in the Nordic countries—you end up with even fewer women pursuing math and physics than in more sexist societies, such as those in the Middle East [Women Won’t Study STEM Just Because They Live in a More Gender-Equal Country, by Lakshmi Supriya, The Wire, January 8, 2019].

So it is truly incredible that Athene Donald of Cambridge University should even ask which research Birbalsingh was referring to when she asserted that girls lack an intrinsic interest in math and physics. There is massive scholarship on the evolutionary dimensions of why males prefer STEM subjects. For more examples, see here, here, here,  and here.

In a sane world, such ignorance would see Dame Donald fired from Cambridge University. But she is surely not this ignorant. She is surely perfectly well aware of this research.

The problem is that Birbalsingh, a woman with influence who is also non-white, accepts this research as true and is, thus, not an ideological fellow-traveler, meaning she must be destroyed. Such research fundamentally demonstrates Equality—the religion that has empowered Donald—to be nonsense, which triggers Donald’s fears and confronts her with what she really is: an ideologue dressed up as scientist.

And the “non-white woman issue” triggers all kinds of confusion and perhaps feelings of racism, which may cause her self-doubt about her moral superiority.