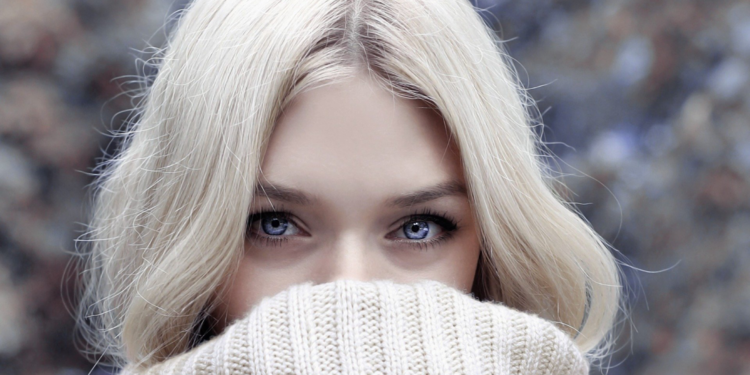 Scandinavia Fails To Collapse - Yet

For decades, English and American conservatives have gleefully anticipated the imminent collapse of Scandinavia. After all, the Scandinavian welfare state, which largely came into existence around 1935, is an affront to theories held dear by both libertarian and traditionalist right wingers. But they have been continually frustrated.

Still, Sweden served as a role model for British Laborites in the late 1940s and for American liberals in the 1960s. And without the economic decay and crime waves these Nordic-tested policies engendered in the English-speaking world, would modern conservatives have ever made it into power here?

Indeed, neoconservatism itself was largely a product of the great New York City crime wave that accompanied Governor Nelson Rockefeller's generous increases in welfare to single mothers. These rendered male breadwinners superfluous in poor black and Puerto Rican neighborhoods - where many of the older relatives of Jewish intellectuals ran small stores that became targets for stick-up men.

Today, everyone assumes that Irving Kristol was speaking metaphorically when he defined neoconservatives as liberals who had been "mugged by reality."  But being mugged in the most literal sense was the defining event of the 1960s for more than a few New Yorkers.

Welfare states in ethnically-homogenous countries are based on the assumption that we're all one big happy family and can trust each other not to abuse the system.

Conversely, Nordic social democracies are particularly vulnerable to being ripped off by "refugees" from corrupt, anarchic every-extended-family-for-itself places such as Somalia, that Mad Max movie come to life.

Yet no Thatcher or Reagan has arisen in Scandinavia. The right sometimes wins there by campaigning against immigration, as it did in Denmark in 2001. But when – as in the U.S. - the mainstream right doesn't have the guts to fight the election over immigration, the left can still win by running on the welfare state, as in Sweden last September.

The Nordic welfare state may not work in theory. But so far it hasn't completely broken down in practice.

On his always-interesting blog, Richard Poe vigorously objected (here and here) to what I wrote two weeks ago on Randall Kennedy and the continuity of African cultural patterns in the New World. I'd said:

"Four decades ago, America imported a policy that had worked reasonably well in Scandinavia for a generation: paying generous welfare benefits to single mothers. Yet, within two or three years, illegitimacy and crime rates among African-Americans were soaring — because they didn't respond to the new incentives like Swedes."

Richard says this is happening in Scandinavia too—and that I should look at cultural changes, rather than being fixated by what he calls "the serpent's gaze of blood and race."

We really aren't disagreeing on much. I concur that the welfare state is slowly sapping the vast stock of social capital with which Scandinavians began their experiment. Property crime and absenteeism are way up. No doubt the welfare system will ultimately be replaced.

Still, the process of social decay has taken a remarkably longer time there than elsewhere.

I was fortunate to receive an email from a VDARE.COM fan, the heavyweight historian David Gress, author of the vastly learned 1998 book, From Plato to NATO: the Idea of the West and Its Opponents. His message explains the Scandinavian system better than anything I've ever read. He concentrates on the crucial question of the economics of having a family.

"You're both right. I grew up in Scandinavia, have family there, and still visit regularly, and am writing a political and cultural history of the region, which will answer ALL your questions. Meanwhile:

- "Steve, you're right in noting that welfare payments to single mothers have not been as devastating to the family — the male-female-children nuclear bond — in Scandinavia as in black urban America. Whether married or not, most Scandinavian couples stay together and demonstrate a strong, residually Lutheran, ethic of commitment and care. However:

- "Richard Poe is also right that SOMETHING, whether it be welfare payments or less tangible cultural and social developments, has undermined much of the nuclear bond in Scandinavia as well. As the links he posts note, most couples in Scandinavia do not marry before their first child. I've heard anecdotal evidence that there is a "marriage trap" after the second child, so that many of these unmarried couples marry after child two.

- "Looking at welfare payments is too narrow. You have to go back to the late 1960s, when all Nordic countries introduced individual taxation and abolished any financial advantage of marriage. The principle of individual taxation is both individualist and collectivist. It's individualist because it assumes that each taxpayer is solely responsible for him or herself. Thus, it explicitly denies and delegitimates the role of breadwinner. In the new, individualist dispensation, a woman must not depend on a man for her support. It's collectivist, however, because it rests on a vast public sector offering employment to the many women who used to be dependent housewives. These women, who by now are grandmothers, traded their status of dependent on a husband to that of dependent on government…

- "Individual taxation increased the cost of being a breadwinner by jacking high earning males into impossible brackets. Given the Nordic taxation burden, it is anyway impossible for the vast majority of people, using honest methods, to become high earning by U.S. standards. So, everyone, male and female, has jobs paying much the same (Denmark has the lowest Gini coefficient, i.e. highest equality, of any labor market in the world)…the absolute requirement is that both partners work full time (i.e., today, 37 hours).

- "This makes women feel self-reliant, and, thanks to extensive day care, does not depress the birth rate as disastrously as it's fallen in Spain and Italy. However, it has dropped below replacement, and no one yet knows the long-term effects of having 90 per cent of young children in day care, as has been the case in Denmark since the mid-1980s.

- "Single motherhood is economically attractive in Scandinavia, as it is not here. Evidence confirms the common assumption that separation is a recipe for disaster for most women in the U.S. In Scandinavia, they maintain their incomes, thanks to their government-sector jobs, child support, and, if income is low, housing subsidies. One may say, therefore, that Nordic women in many cases divorce or leave their husbands/boyfriends and marry the state instead.

- "Therefore, though Scandinavians may be traditionally and genetically better equipped to resist the corrosive effect of statism than Africans, they are beginning to show many of the same traits. For example: children, especially boys, raised by single mothers, even where the father is around, suffer more pathologies than others…

- "Given these incentives it's remarkable that any Nordics marry at all and stay married, just as it's remarkable, given a tax burden of over 60 per cent, that anyone bothers to work at all. One reason is no doubt the residual Lutheran work and family ethic. But how long will that last?"